Smart, stylish and boasting all the mod-cons, these flats would be snapped up in no time on the fiercely competitive rental market.

In fact they are prefabs that are being built for homeless young people as part of a charity’s groundbreaking initiative to get their lives on track.

Centrepoint has started putting up 33 prefabricated homes and will rent them out at vastly reduced rates.

They form part of the charity’s Independent Living Programme, which aims to provide 300 young people with a home across London and Manchester. They must have an apprenticeship or entry-level job lined up, but Centrepoint also helps young people find work.

The 33 prefabs were built in Hull and transported to Peckham, south London, where median private rents for studio apartments are nearly £1,000 a month.

The flats, built by prefab firm M-AR, are 21m² and will be equipped with a kitchen, bathroom and dining area. They are expected to become available from April. 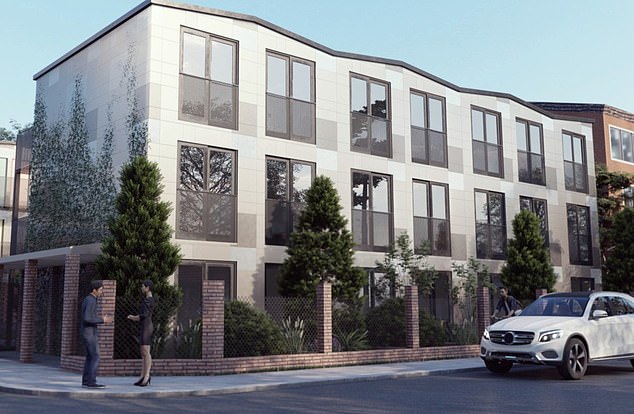 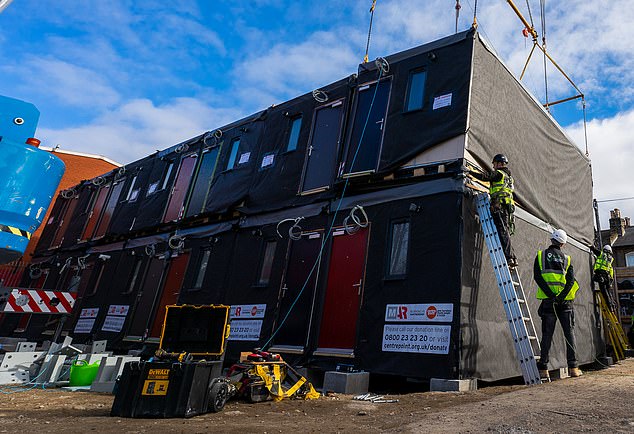 They form part of the charity’s Independent Living Programme, which aims to provide 300 young people with a home across London and Manchester

Construction time will be reduced by more than 50 per cent compared to an average flat and will cost significantly less, Centrepoint added.

The charity has pledged to help young people live independently by capping rent at a third of their salary, meaning a young person in London on a salary of £18,000 could live in their own studio apartment for about £500 a month.

One in five young people who use Centrepoint’s services and can move on do not do so because of a lack of affordable housing and council support.

The Duke of Cambridge is patron of Centrepoint, a charity his mother Diana also supported. He opened the first Independent Living Programme in 2019 for seven young people in nearby Lewisham, who were moved into a house that had been donated to the charity.

The flats, built by prefab firm M-AR, are 21m² and will be equipped with a kitchen, bathroom and dining area. They are expected to become available from April

Sally Orlopp, director of the Independent Living Programme, said: ‘I’ve been working with disadvantaged people for over 25 years and this is the most exciting and innovative programme that has tangible results in transforming young people’s lives.

‘Centrepoint’s young people now have comfortable, stylish, efficient and cost-effective homes – and, most importantly, the key to their very own front door.

‘We have every ambition to create 300 more homes across London and Manchester within the coming year.’

Katelin, 19, who lives in one of the programme’s homes in east London, said it has ‘allowed me to think about my future’. She added: ‘Everyone has high expectations for people my age and we can’t expect us to reach those expectations without a solid foundation.’