NHS student nurse, 36, who was gifted £5,000 from Rod Stewart to help her through ‘rough times’ after she almost died from Covid returns to her dream job at hospital eight months later

A student nurse in the NHS who was gifted £5,000 from Rod Stewart as she almost died from Covid-19 has returned to her job nearly eight months later.

Natasha Jenkins, 36, spent 22 days on a ventilator after contracting Covid-19 at the end of March.

The mother-of-three, from Barry Island, South Wales, was half way through her second year studies when her nursing career had to be put put on hold.

In April she was reunited with her family and her fight was rewarded by the Maggie May singer, who sent a generous £5,000 cheque with the note: ‘Hi Natasha, a small gift to help you through the rough times.’ 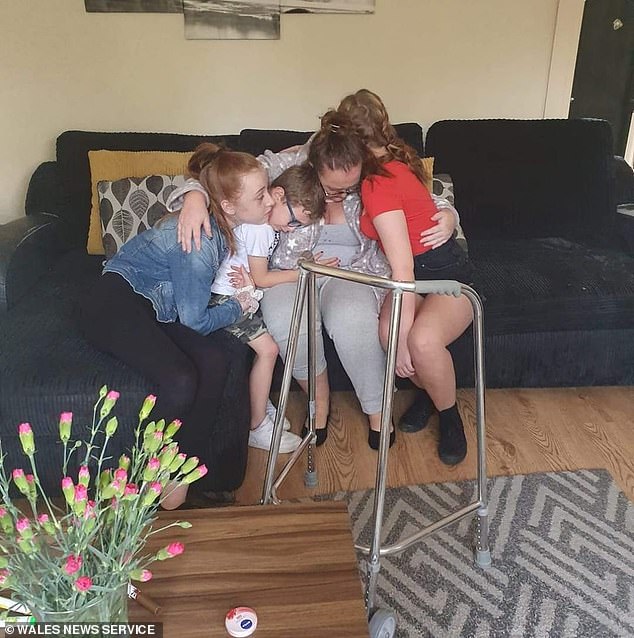 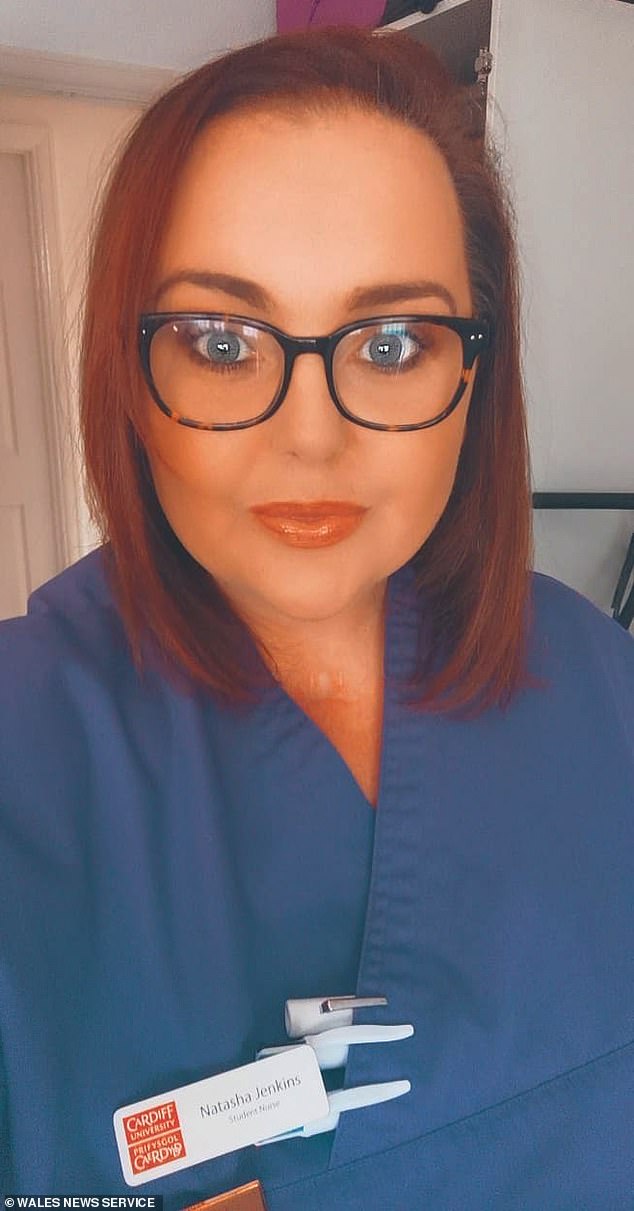 Student nurse Natasha, from Barry, South Wales, was treated at the University Hospital of Wales in Cardiff and has managed to return to work on half shifts as she continues her recovery

Eight months later Natasha has been able to return to her dream job – although she is not quite back to her old self.

She said: ‘I’ve had loads of follow up. I said to the psychologist, ‘I just feel lucky that I’m here’. I count my blessings really. I’ve really tried to keep a positive mindset.

‘My breathing is still affected, my lungs are a bit distended but it’s to be expected after what I went through.’

Natasha is currently working half shifts but hopes to be able to return to gruelling 12 hour stays by May 2021.

She said: ‘The ITU consultant said ‘We don’t know if you could get it again.. You might have a worse dose.’

‘But I’ve dealt with it. I’m not feeling anxious. The ward staff have been more worried than me.

‘I thought either I go back and front it, or waste all my training.’

She said: ‘I’m doing really good now. When I saw what Rod Stewart had sent me I was absolutely gobsmacked. It was a really, really lovely kind thing for him to do.

‘I was gobsmacked with the cheque. I’ve joined a gym which is helping me physically and mentally and life is really good at the minute. 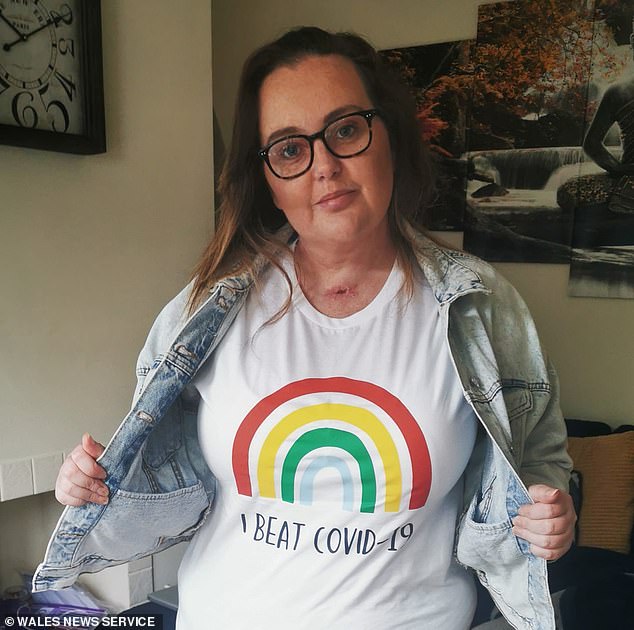 ‘I’ve received the best support from all my friends and family and I really wouldn’t be in the position I am today without them.’

Ms Jenkins was treated at the University Hospital of Wales in Cardiff after developing pneumonia and testing positive for the virus at the end of March.

Speaking in May, she thanked Sir Rod for his donation, saying: ‘That was amazing obviously I can’t work at the moment I’ve had to take time off uni, I’m a single parent with three children so it’s going to help a lot, there’s no pressure on me now to return to work or university and I still can’t believe the generosity.’