Nurse uncovered her bigamist husband had been living secret life

Nurse, 60, uncovered her bigamist oil worker husband had been living secret life after spotting wedding day photo of him with ANOTHER bride

A woman has revealed how she discovered her husband was a bigamist with a secret double life 100 miles away.

Nurse Yve Gibney, 60, could not believe it when she saw the smiling wedding day image of her oil boss husband Maurice Gibney on Facebook.

The blushing bride on the happy photograph was not Mrs Gibney.

The picture had in fact been taken 17 years after the she and Maurice had tied the knot, following a whirlwind three-month romance  in the late 1990s when they met at a nightclub in Lagos, Nigeria.

Maurice had been juggling his time between two women. He is still married to the second woman, Suzanne Prudhoe, who lives in Stourbridge, Worcestershire – 100 miles away from Mrs Gibney’s home in the Wirral.

Both had been blissfully innocent, unaware of the subterfuge surrounding them. Suzanne believed Maurice was divorced.

In 2014, he received a six month suspended sentence for the crime.

Mrs Gibney describes the dreadful day, in April, 2013, that she discovered her husband had again walked down the aisle. 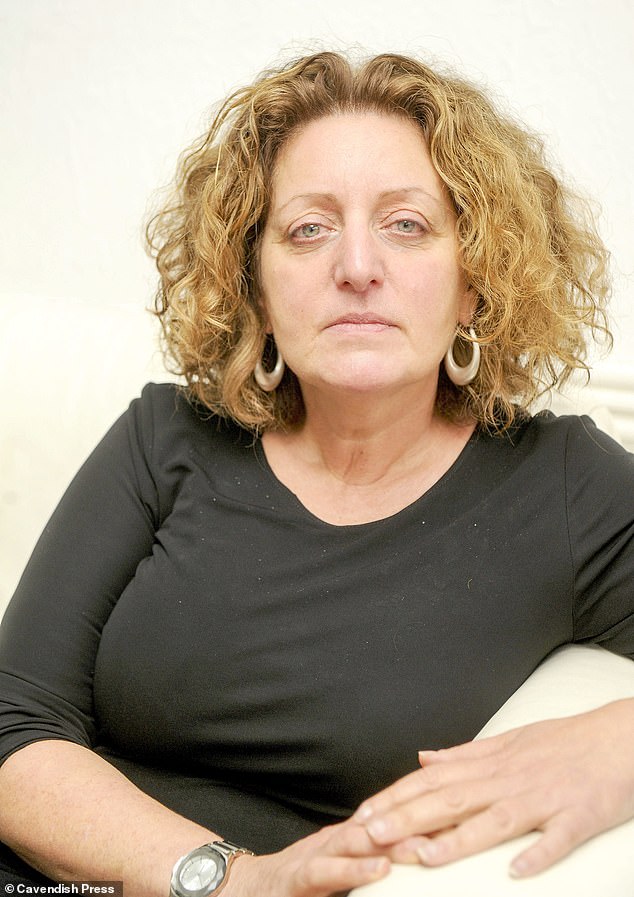 ‘I was looking at some of his family’s Facebook pages and I saw his sister wearing a fascinator and his other sister all dressed up in wedding attire.

‘I had this bizarre gut feeling that my husband had married someone else, but my friend said, ”don’t be ridiculous”. But I couldn’t shake that feeling.’

In a 2019 interview with This Morning, Mrs Gibney said: ‘I knew it was him, but I couldn’t believe it was him. I rang my friend and said, ”I can’t believe what I’m seeing”.’ 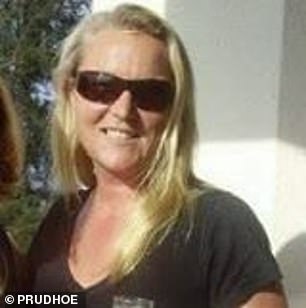 Maurice had been juggling his time between two women. He is still married to the second woman, Suzanne Prudhoe (pictured)

When Mrs Gibney first met Maurice, she was working as a nurse, and he was a quantity surveyor.

She had a son, he had a daughter, but neither had been married before.

Those care-free early years swirled in Mrs Gibney’s mind as she studied the Facebook wedding picture.

Maurice, the husband believed for so long was a happy, easy-going family man – they had a son, now 22, together – was a bigamist.

Divorced and with a new man in her life, the 60-year-old has now turned her near unbelievable story into a bombshell book, Face Of A Bigamist.

Mrs Gibney said: ‘The overwhelming emotion is one of absolute betrayal. It’s not just an affair.

‘Marriage is a declaration of love and commitment. When you believe you’re in a contented relationship it’s not something you can ever contemplate.

‘I was a victim of bigamy and I was emotionally scarred, but it doesn’t define me and I chose not to stay a victim. The best thing that came out of this, is that I and my sons are free of him.’

Mrs Gibney and Maurice had spent long periods apart due to his jet-setting work, and they were in the throes of getting divorced when the true depths of his deception were discovered.

‘With hindsight, for us to have lived apart we had to have a tremendous amount of trust,’ Mrs Gibney said. ‘It wasn’t the traditional marriage, but for us, it worked. I trusted him and loved him unconditionally and I felt that he loved me back in the same way.’

They had begun life as man and wife overseas, then Mrs Gibney returned to her Wirral roots, while Maurice continued to work in the Middle East. 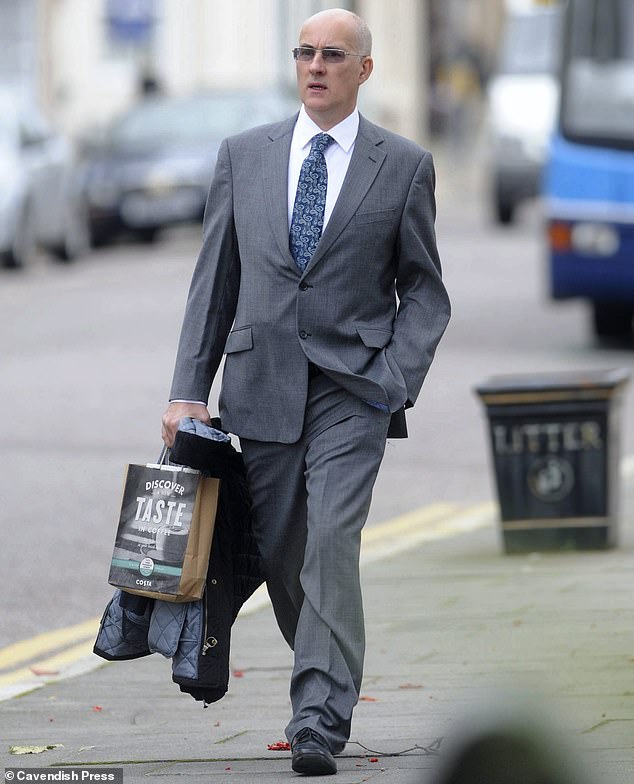 In 2014, Maurice Gibney received a six month suspended sentence for the crime

It worked – or, rather, Mrs Gibney believed it worked. And it took 17 years before that security was stained by suspicion and doubt.

‘His trips home became shorter and more infrequent which he put down to the pressures of work,’ Mrs Gibney recalled.

The work pressure was nothing to the complex domestic roles being played out by Maurice.

In reality, he had met the Stourbridge teacher in Oman in September 2011. They were engaged eight months later and married in March, 2013.

It was a lavish, £45,000 ceremony in Oman. Just two months before that wedding, Mrs Gibney and Maurice had decided to end their own marriage, but were still legally an item.

Mrs Gibney and her son had travelled 3,000 miles to be with Maurice, working in Oman, for Christmas.

The trip was wasted – the disappointed pair were told he had been forced to carry out a job in the desert. In reality, Maurice was in Stourbridge with the new woman in his life.

She was looking forward to having Maurice home during another seasonal holiday, only to be told he was suffering from depression and couldn’t make the trip. In reality, he was already in England with Suzanne.

Driven by suspicion, Mrs Gibney traced a car Maurice had hired to a Stourbridge address – the home, she believed, of a work colleague. She was stunned when that individual introduced himself as Maurice’s brother-in-law.

Mrs Gibney’s gut-feeling was accurate. The lie that had been Maurice’s life was eventually exposed by a simple hire-car booking. She said: ‘I was getting worried because he wasn’t replying to texts and had said he was feeling quite depressed.

‘He told me he was too depressed to come home. It turns out, he actually was in England and had registered a hire car to an address in Stourbridge.

‘I searched the names online and found the guy who lived there on LinkedIn.

‘He was a partner in a gas and oil construction company which had offices in Birmingham and Oman which was the field my husband worked, so I assumed they were friends and he had gone there to recover while he was depressed.

‘I rang the family in Stourbridge and made up a story about the car hire. In the conversation he said to me, ”Maurice is my brother-in-law”.

‘It didn’t make sense. He then said, ”when Maurice comes back to England he always stays with us”.

‘His new family were completely unaware of my existence, he had told them we were divorced for several years and had kept it a secret to protect our son.’

Mr Gibney said: ‘For Maurice’s first Christmas in Oman, my son and I travelled 3,000 miles to spend the holidays with him, but he told us he had to work in the desert.

‘I later discovered, after tracing email IP addresses, he had actually spent Christmas in Stourbridge with Suzanne Prudhoe and her family, having only met her three months before.

‘He left me and my son in Oman even though we had flown out to be with him.’

Maurice and Suzanne are still together and married.