Edwina Grealy, 84, was heading into Stevenage on her mobility scooter when she spotted the stage legend standing next to a bench with a group of actor pals. 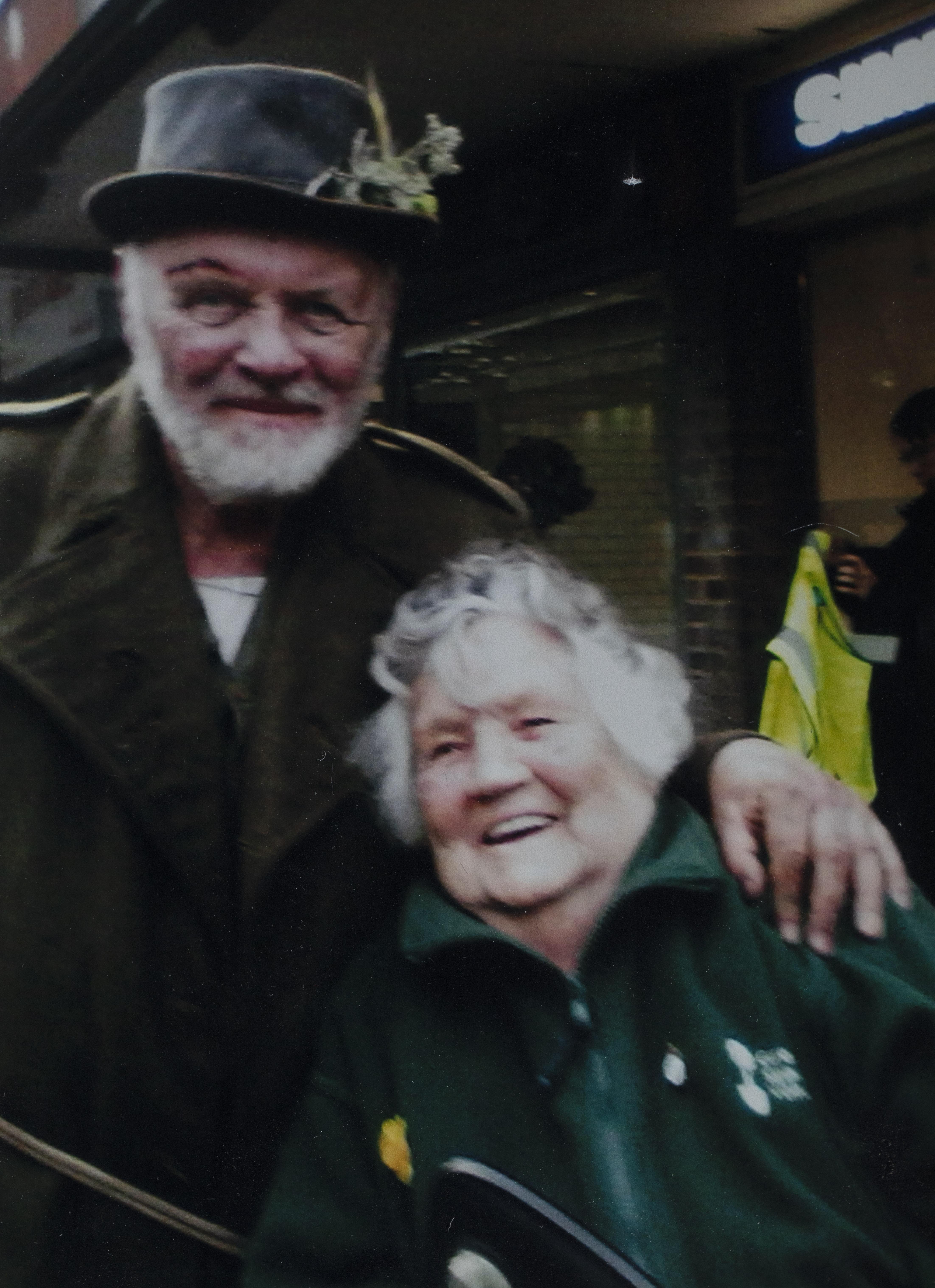 After a brief chat with the Hannibal star – who was in character for a modern adoption of King Lear – she asked him if he was homeless.

Hopkins, 80, replied that he was – so she directed him to the nearest homeless shelter.

“The make-up was brilliant, I couldn’t get over it.

“Sir Anthony was wearing a tatty coat which reminded me of Greengrass from Heartbeat. “For a man with a title he was very down to earth and had no airs or graces."

He then broke character to snap a selfie with Edwina, before Harry Potter star Emma Thompson, 59, took pictures of the pair together.

Last week King Lear director Richard Eyre told the story while promoting the play, which will air on the BBC on Monday night.

He said: "When we were filming…a woman in a mobility scooter rode up to Tony, and said, 'You know, there's a hostel up the road… so you might want to take your shopping trolley down there'."

Edwina added: "After our meeting I'm looking forward to the show .

"I'm planning to stay up with a cup of percolated coffee and watch the programme with Buster on my lap."