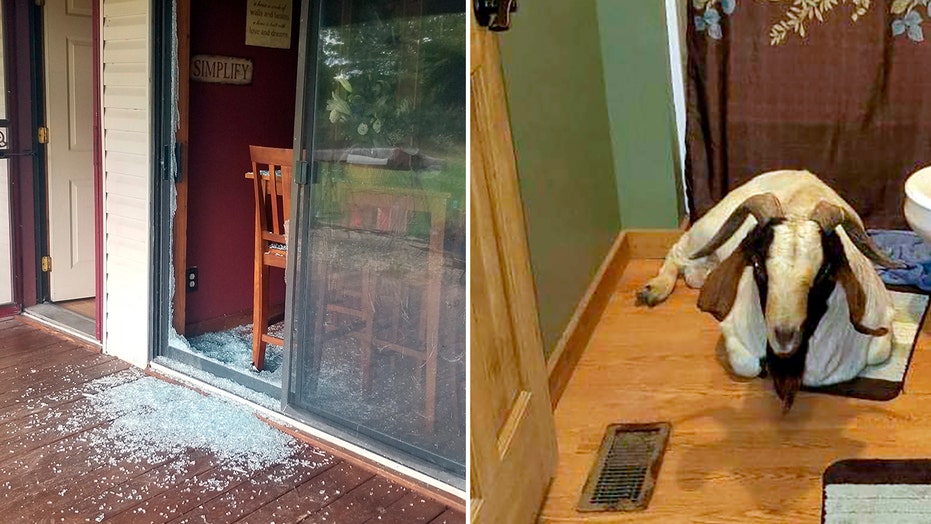 An Ohio teenager came home from school on Friday to find a sliding glass door shattered, a vile stench in the air and a “bah”-zarre guest napping on the bathroom floor: a giant billy goat named “Big Boy.”

Logan Keathley, 18, first noticed something was out of the ordinary when he found the family’s German shepherd upset in the driveway, the Ashland Times-Gazette reported. He then walked over the broken glass to discover a goat had rammed its way into the home in Ashland County’s Sullivan Township.

Big Boy had escaped from a farm several miles away a week earlier, the paper reported. 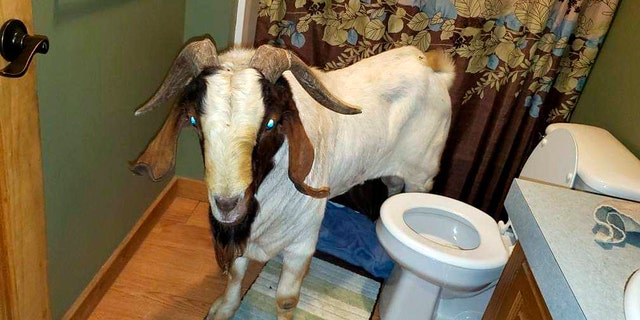 The Keathley’s learned their home insurance policy covers damage from bears and deer but not goats. She said she’s been in touch with the farmer’s insurance company. (Jenn Keathley via AP)

The 18-year-old immediately called his mom, Jennifer, who said the break-in was “the most random story in the world.”

"There're all these awful stories in the world, people need this," she told The AP.

Ashland County deputies tried to bait the goat from the bathroom using carrots, a dog bone and grass. After several unsuccessful attempts, the two deputies grabbed the goat by the horns, dragged him outside and locked him in a dog cage. 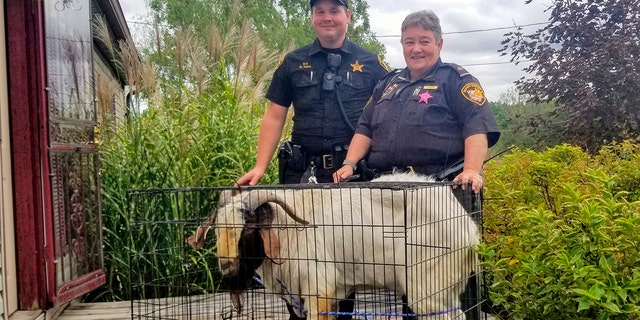 Deputies had to grab the goat by the horns and drag him outside. (Jenn Keathley via AP)

Jennifer left a message on a Facebook community page about the missing goat and got in touch with the owner, Andrew Watkins, the paper reported. Big Boy was safely returned to the farm.

“He’s never done anything like that before,” Watkins told the Colorado Dispatch. “I think he was drinking too much that night. I’m really sorry it happened but there wasn’t much I could do. I wasn’t there.”

While the Keathley’s finally managed to rid their home of the horned intruder, the stench of Big Boy’s urine still lingered no matter how many times they applied carpet deodorant and urine neutralizer.

“My house definitely smells like a goat farm,” Jennifer told the Dispatch. “But there’s nothing you can do but laugh.”