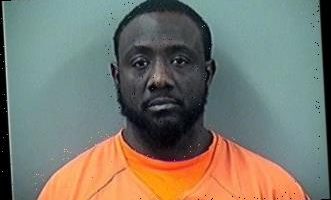 Oklahoma man accused of cutting neighbor’s heart out, feeding it to his family

‘How do you like that?’ Man kills daughters, self while on phone with wife: cops

An Oklahoma man suspected of murdering three people has confessed to killing his neighbor, cutting her heart out and then cooking it to feed his family, authorities said.

“He took the heart back to 214 West Minnesota, Chickasha,” an agent with the Oklahoma State Bureau of Investigation wrote in a search warrant obtained by the outlet.

“He cooked the heart with potatoes to feed to his family to release the demons.”

Anderson had been staying at the 214 West Minnesota address with his aunt, Delsie Pye, and uncle, Leon Pye, after his early prison release in January.

After leaving Blankenship’s home, Anderson, 42, went back to the Pye’s home where he cooked the heart with the intention of feeding it to them.

He then allegedly killed Leon Pye, 67, and his 4-year-old granddaughter, Kaeos Yates, and stabbed his aunt, according to the outlet citing the Oklahoma Bureau of Investigation.

His aunt survived the attack. He was arrested the day of the murders.

Authorities discovered Blankenship’s body two days later after Anderson confessed at a hospital in Oklahoma City where he was being treated. He’s being held in Grady County jail, and charges are pending.

Anderson has a long criminal record that includes drug convictions and domestic violence.