JUNK driver! Stunned police pull over elderly woman for ‘erratic’ driving to discover car crammed with ALL her belongings as she tried to move house

Police pulled over an elderly woman to find she was moving the entire contents of her house in her car.

The motorist was in the process of moving house when she was stopped by authorities on the M25.

Surrey Police had received calls from members of the public after concerns were raised about her driving. 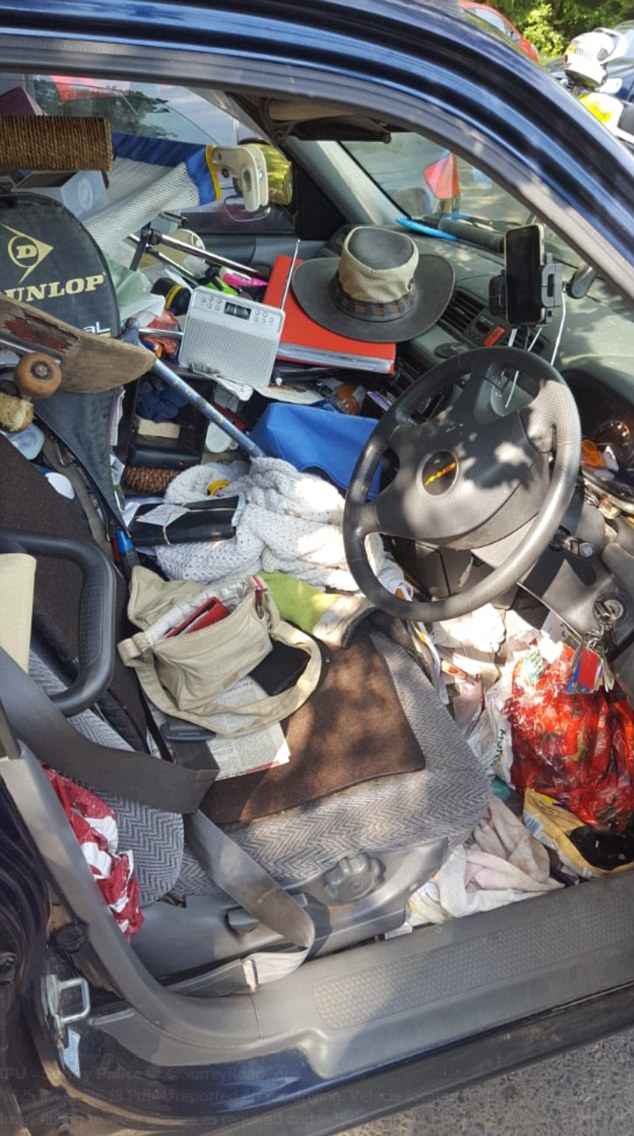 Officers tweeted an image of the front of seat of the car which was brimming with the motorist’s belongings, including a skateboard, tennis racket, a sun hat and a digital radio.

Most shocking was that bags were seen blocking the pedals by the drivers seat, which would undoubtedly impair the motorist’s ability to control the vehicle.

They added after the incident near Reigate, Surrey: ‘There is no evidence to suggest they were living in the car.’

She was given a warning by police and her car was cleared so she could finish her trip home.