Pensioners scared off by rise of the phone zombies: Older people shun public transport because smartphone users are so engrossed in their screens they refuse to give up seats

A rise in smartphone ‘zombies’ is putting older people off public transport – afraid that fellow passengers are too engrossed to give up their seat.

That’s according to new research outlining the scale of the problem revealing that one in five older people worry so much about a lack of seating they are put off using public transport altogether.

The research, from care provider Anchor Hanover, also found that 42 per cent of people are more likely to be looking down at their phone or tablet than checking to see if someone might need a seat. 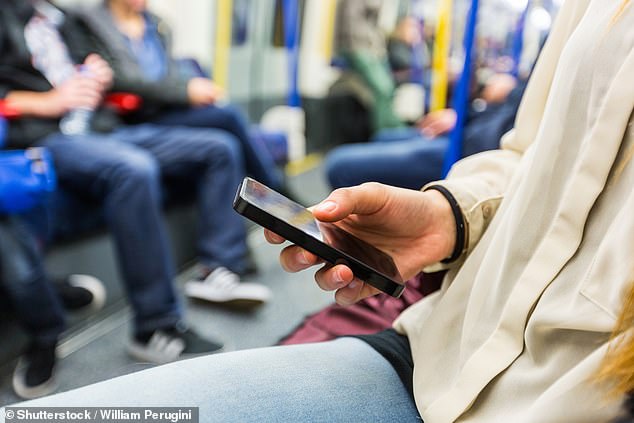 Raymond Burrows, 82, who lives in an Anchor home in Worthing, knows exactly what it feels like to be nervous about taking public transport.

He said: ‘I often struggle to get a seat, I’ve never asked anyone to stand up for me because I’m afraid of how people would respond.

‘I don’t want to bother passengers who are distracted by their phones and tablets, and don’t notice me standing right there.

‘If people simply looked up to see if anyone needs a seat, they could make a real difference to people like me.’

The new data, based on a survey of 3,000 people, has been released in conjunction with the ‘Stand Up 4 Sitting Down’ campaign – launched in an attempt to highlight the scale of the problem.

The study found that forty-three percent of people have not offered up their seat, even if they suspected someone might need it.

While sixty-seven percent of those people failed to do so, despite feeling guilty about it.

Furthermore, 14 per cent think they do not need to offer their seat when not sat in a priority seat. 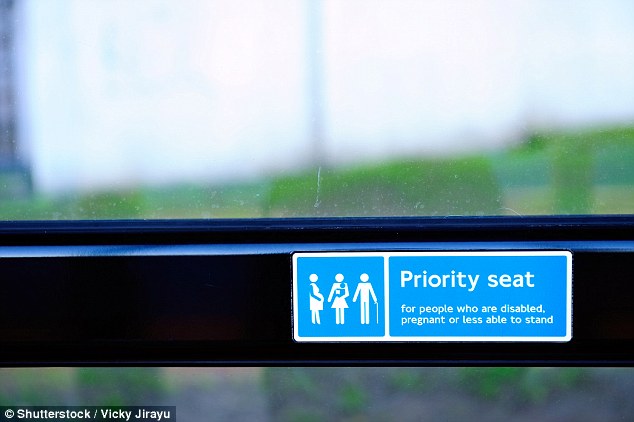 The research has also exposed how manners and a typically British stoic attitude are contributing to this breakdown in communication.

Despite their discomfort, 41 per cent of older people admit they’re too embarrassed to ask for a seat.

While 39 per cent of the public cite fear of causing offence as a reason for not offering an older person their seat.

Jane Ashcroft, chief rxecutive of Anchor Hanover, said: ‘The implications of people being obsessed with their phones and tablets on public transport, instead of people, is deeply alarming.

‘Older people are being left to stand are physically suffering and feeling isolated, leaving them reluctant to use public transport which is a lifeline for so many.

‘A small act, such as looking up and offering your seat, can make a real difference.’