Japan’s emperor is ‘extremely worried’ the Tokyo Olympics could cause coronavirus to spread, in latest blow to the Games

Japanese Emperor Naruto ‘appears concerned’ about the possibility the Olympic Games could cause the coronavirus to spread as feared by many members of the public, the head of the Imperial Household Agency (IHA) has said.

While the emperor’s concern was framed as the official’s impression rather than something he explicitly expressed, the rare insight into the monarch’s thinking on the Games lit up social media, with many wondering whether there would be a formal address on the topic.

‘Given the public’s worries, he appears to me to be concerned about whether the Olympics and Paralymics event, for which he is honorary patron, would cause infections to spread.’ 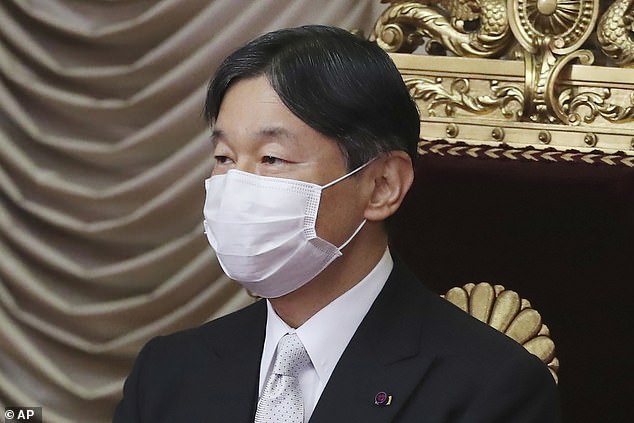 Japanese Emperor Naruto, pictured above, ‘appears concerned’ about the possibility the Olympic Games could cause the coronavirus to spread

As news of the chamberlain’s comment spread, ‘IHA Grand Steward’ and related key words were tagged on tens of thousands of posts on Twitter.

The emperor has no political power but is widely respected as a figurehead in Japan, although it is rare for him to make public statements. His attendance at the opening ceremony on July 23 has not been decided, the IHA said.

Asked about the comment, Tokyo 2020 CEO Toshiro Muto told reporters he did not believe that the chamberlain’s remarks indicated that there were any problems with preparations for the Games, which were delayed for a year by the pandemic.

‘Our responsibility is to alleviate the concerns of the public and ensure that the Games are held in a safe and secure manner, and we will continue to work at that,’ Muto said.

Many Japanese remain sceptical about the possibility of holding even a scaled-down Games safely during the pandemic. Organisers have excluded foreign spectators and limited the number of domestic ones for the event. Alcohol, high-fives and talking loudly will also be banned.

Japan has largely avoided the kind of explosive coronavirus outbreaks that have devastated other countries, but its vaccine roll-out was initially slow and the medical system has been pushed to the brink in some places.

On Thursday, advisers to the Tokyo metropolitan government warned that people were moving around more after the government lifted a state of emergency in the capital and elsewhere this week, and that could cause infections to creep up. 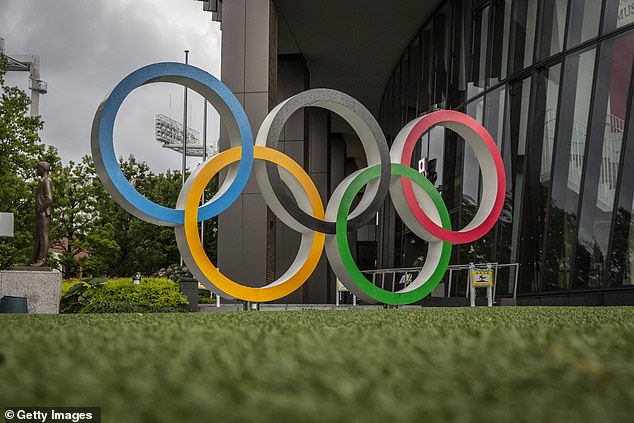 The emperor has no political power but is widely respected as a figurehead in Japan, although it is rare for him to make public statements

The medical system remained stretched to the limit as health workers were also busy vaccinating the public, one expert said.

They also warned of signs that more infectious variants could spread rapidly in coming weeks and months.

‘Although we’re now in a ‘quasi’ state of emergency, the situation is still very dire,’ Tokyo Vice Governor Mitsuchika Tarao told reporters, standing in for Governor Yuriko Koike, who was hospitalised this week to recover from fatigue.

Underscoring such concerns, a second member of the Ugandan team tested positive for the coronavirus on Wednesday, several days after the team member had tested negative upon arrival in Japan.

Earlier in the week, the World Health Organization’s head of emergencies programme, Mike Ryan, noted that infection rates in Japan had been falling, and said they compared favourably to other countries that were hosting big events. (Reporting by Chang-Ran Kim and Sakura Murakami; Editing by Lincoln Feast, Robert Birsel)