So THAT’S why there’s always a scrum for tickets to Twickenham: One in eight seats for this year’s Six Nations at the home of England rugby has been reserved for VIP guests

The huge extent of corporate hospitality at Twickenham means that one in eight seats at this year’s Six Nations matches has been reserved for VIP guests.

Of the 82,000 seats at the home of England rugby, just under 11,500 have been set aside for those being wined and dined by England Rugby Hospitality.

A further 1,640 tickets have been reserved for guests of commercial sponsors.

Yet no tickets were made available directly to members of the public for the team’s most recent match against France in February. 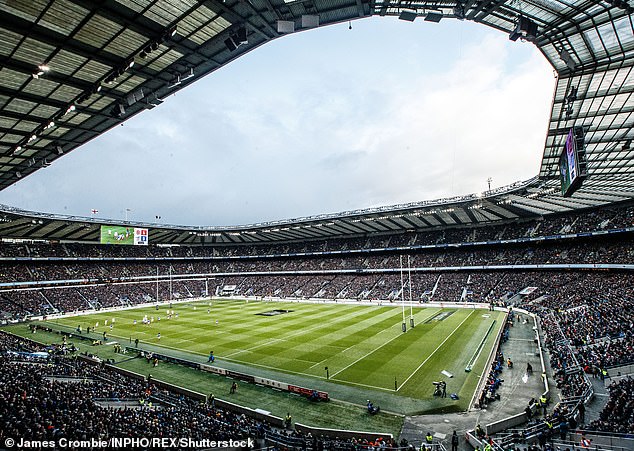 The huge extent of corporate hospitality has meant that of the 82,000 seats at Twickenham Stadium, just under 11,500 have been set aside for VIP guests. 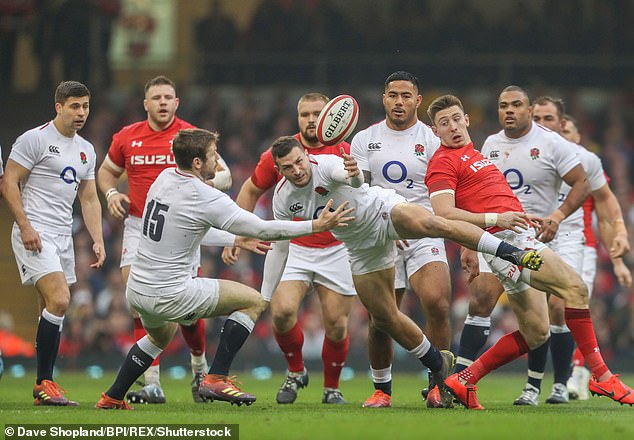 Although the Rugby Football Union’s (RFU) ticketing policy is intended to prioritise commercial supporters of the team, tickets seem to be going to secondary ticketing websites. (Stock image)

Although the Rugby Football Union’s (RFU) ticketing policy – in which 41,000 are offered to rugby clubs, schools and colleges – is intended to prioritise commercial supporters of the team and avid rugby fans, it seems to instead be feeding the secondary ticketing website vultures.

Hundreds of fans are turning to websites like Viagogo in desperation to watch England play, and are spending vastly-inflated sums for tickets that may not even get them through the Twickenham turnstiles.

The RFU says it will refuse entry to fans who buy tickets on resale sites and has threatened to take action against any clubs or members who obtain priority tickets – which can cost as little as £20 – and sell them on for a profit.

Despite the warnings, tickets for England’s match against Scotland on March 16 are still being offered for sale on Viagogo at up to £1,000 each.

The way seats at Twickenham were distributed for the most recent home game, a 44-8 victory over France last month, illustrates why tickets for the Six Nations can be so hard to come by for fans. In addition to the 11,480 seats set aside for England Rugby Hospitality by the RFU, 1,640 were reserved for ‘commercial sponsors’.

Debenture holders – who are granted a ten-year right to ticket issues – accounted for just under 20 per cent of the ticket-holders, with 15,580 seats. Clubs, schools and colleges and other groups, including visiting rugby union members, RFU staff and former players, took the bulk of the remaining seats. 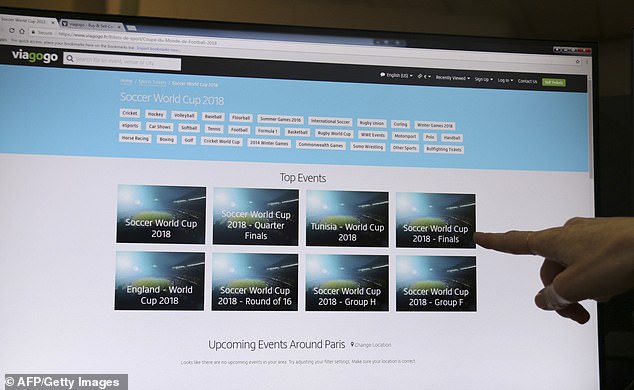 Despite warnings from the Rugby Football Union, tickets for England’s match against Scotland on March 16 are still being offered on Viagogo. (Stock image)

A paltry four per cent of tickets – 3,280 – were allocated to what the RFU calls ‘fans’. But according to the union, this category is defined as ‘England Rugby Club members, England Rugby Travel customers, 02 priority members and residents living in the leafy suburb of Twickenham’.

A spokesman for the RFU said: ‘We are a union ultimately run by our membership – rugby clubs. Our clubs pay subscriptions and associated fees, and we offer international tickets to our membership first.

‘We also allocate tickets to rugby clubs to promote the game of rugby and help enable fans to come to Twickenham.’

Constitutionally, at least 50 per cent of the seats at Twickenham have to be allocated to our rugby clubs.’

The RFU said the number of tickets available to the public varies on a game by game basis, depending on the take-up from clubs.

More tickets are likely to be available for matches against smaller nations. The RFU also confirmed that members were entitled to cheaper tickets.

Another way to access seats is through a £25 annual membership of England Rugby.

But Six Nations tickets were sold to members last year and the club is not currently accepting new members. RFU patron Prince Harry regularly attends England games at Twickenham, and was in the royal box to see Eddie Jones’s side beat France.