One in seven people in England had coronavirus antibodies in mid-January – including 21% of London, surveillance study reveals

Around one in seven people in England — or 8.6million — had coronavirus antibodies by mid-January, a major surveillance study revealed today.

The Office for National Statistics (ONS) tested the blood of more than 1,300 people across the country and found 15.3 per cent tested positive for antibodies — up from 10 per cent in December. The proportion was as high as 21 per cent in London.

Antibodies are substances made by the immune system that are key to destroying viruses or marking them for destruction by white blood cells. The presence of them in the blood generally means someone has either partial or total immunity against catching a disease again.

Antibodies can only be made by someone coming into contact with the exact virus that they are related to, or by someone getting vaccinated against the virus.

But the figures could easily be an under-estimate because antibody levels fade over time and some people won’t ever develop any. The true size of the pandemic is a mystery because millions of infected people were not tested during the height of the crisis last spring.

If the results are accurate, it would suggest Covid has an infection-fatality rate (IFR) of around 1.26 per cent, given there have been around 110,000 lab-confirmed deaths since the pandemic began.

No10’s top scientific advisers believe the mortality rate is closer to the 0.5 per cent mark, suggesting that around 22million people — or almost 40 per cent of England’s population — have already had the virus. 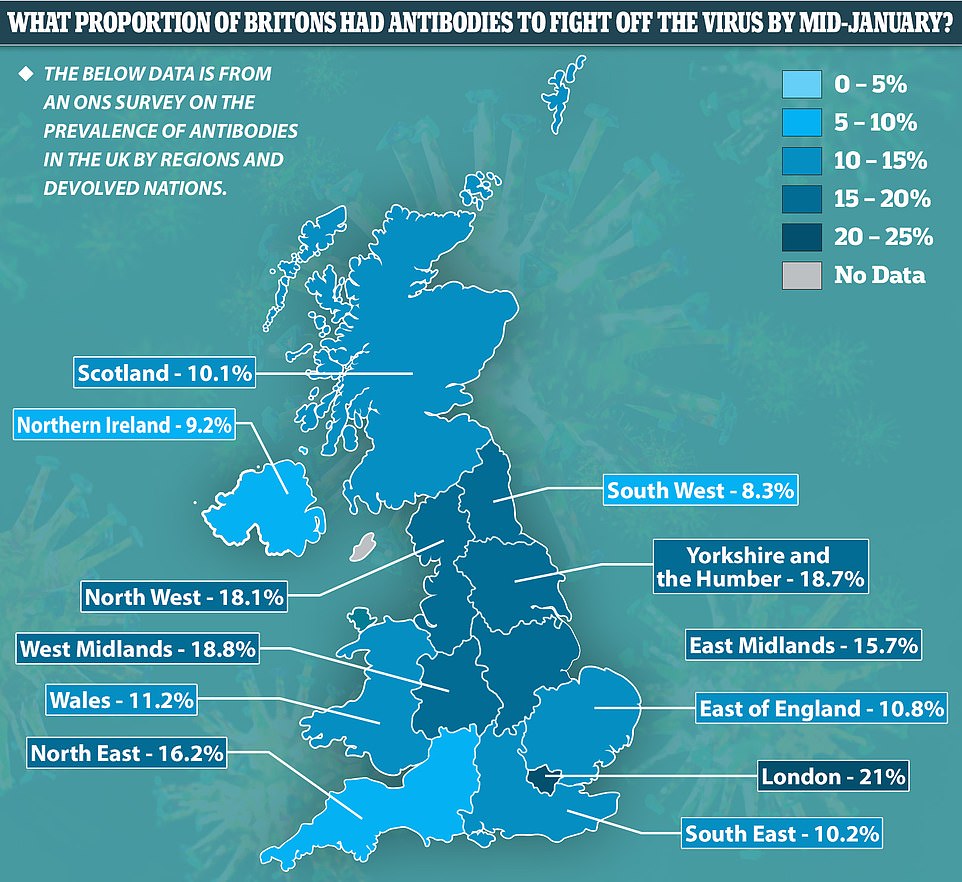 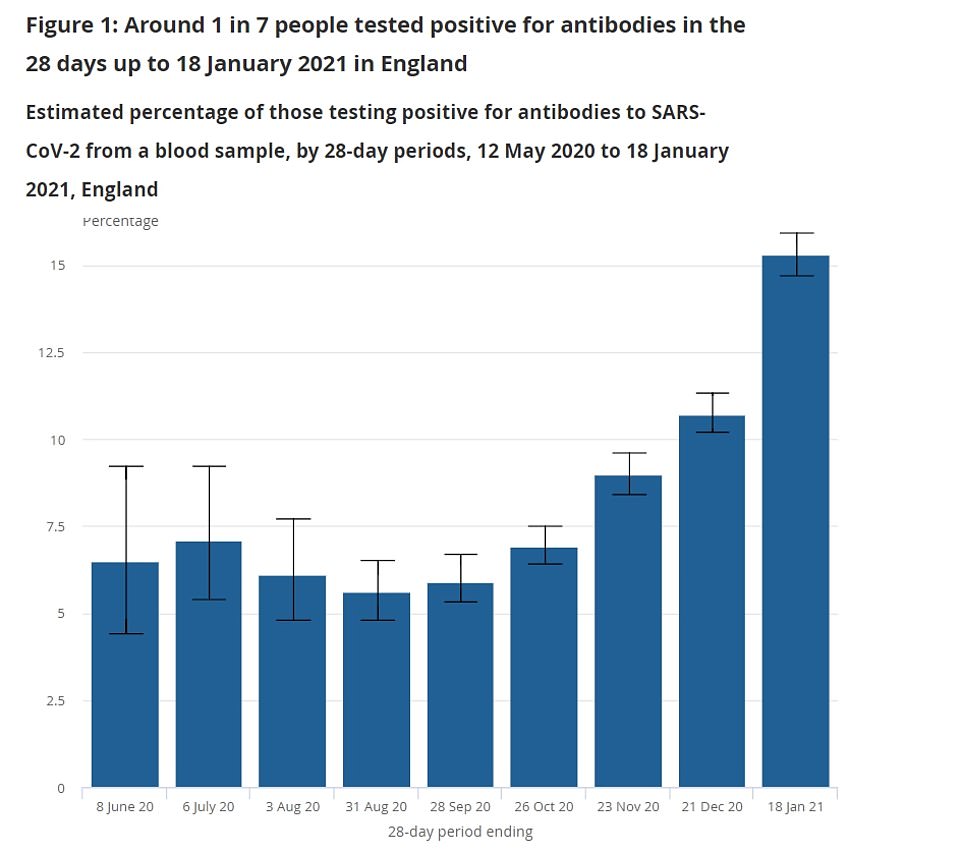 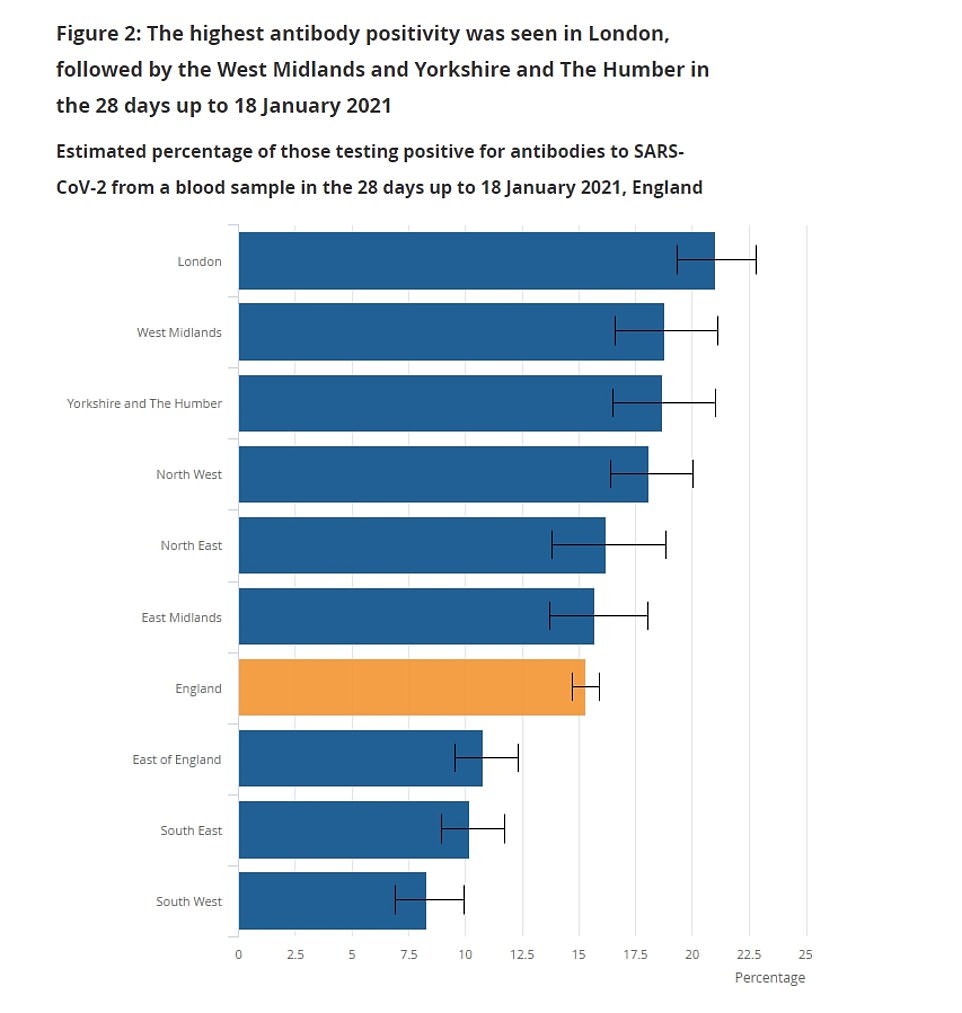 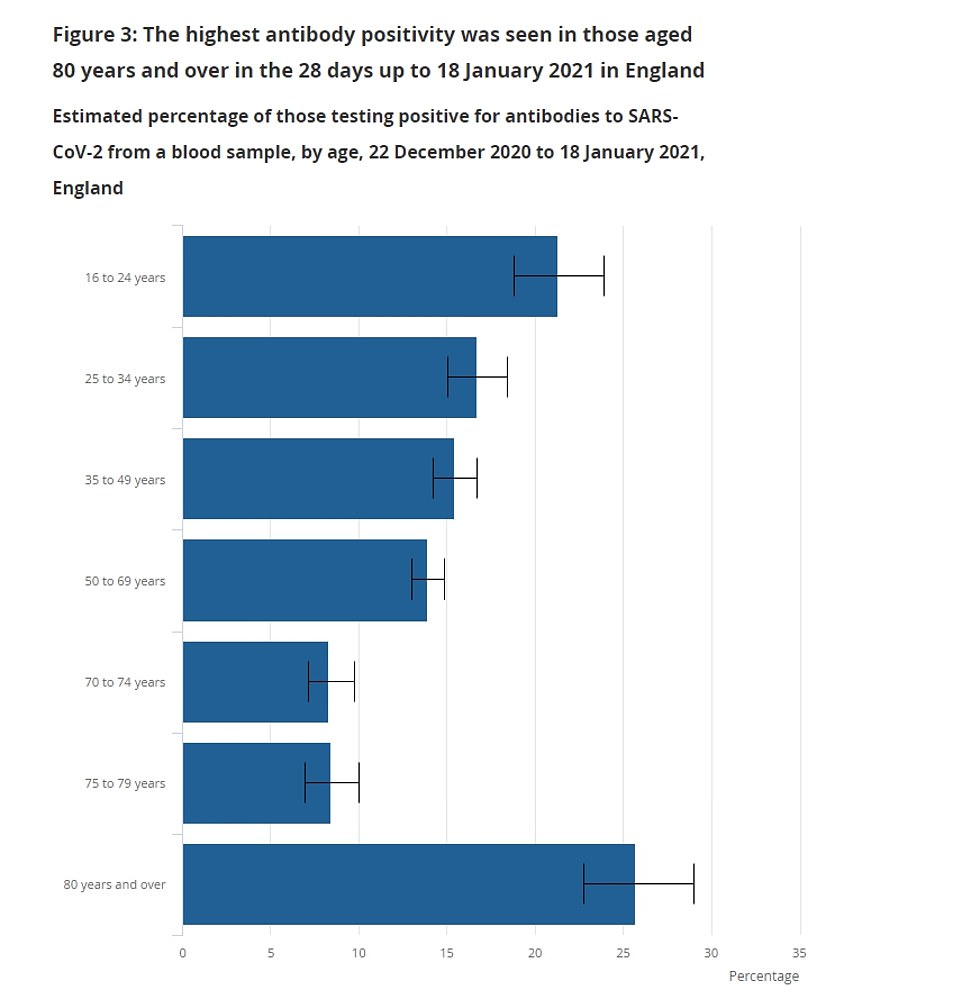 The ONS’s survey, which collects regular blood samples from a group of people intended to represent England’s population, suggested that signs of immunity are strongest in London, where antibodies were found in 21 per cent of people.

The West Midlands saw the second highest past rate (18.8 per cent), followed by Yorkshire and the Humber (18.7 per cent). Six out of nine regions had levels higher than the England average, with only the South East, South West and East of England showing lower signs of immunity than the country as a whole.

The figures are different to estimates made by Cambridge University experts, who also feed into SAGE. Last month the team estimated the attack rate — the proportion of how many people in any region that have had the virus — stood at 30 per cent in London and 26 per cent in the North East.

It’s thought that at least 60 per cent of a population need to have caught the virus for the group to reach herd immunity, which is when a disease runs out of room and can no longer spread because too many people are immune to it.

The ONS estimates how many people have had coronavirus already by checking the blood samples of adults over the age of 16 for antibodies. It omits people living in care homes and prisons, or other communal settings. 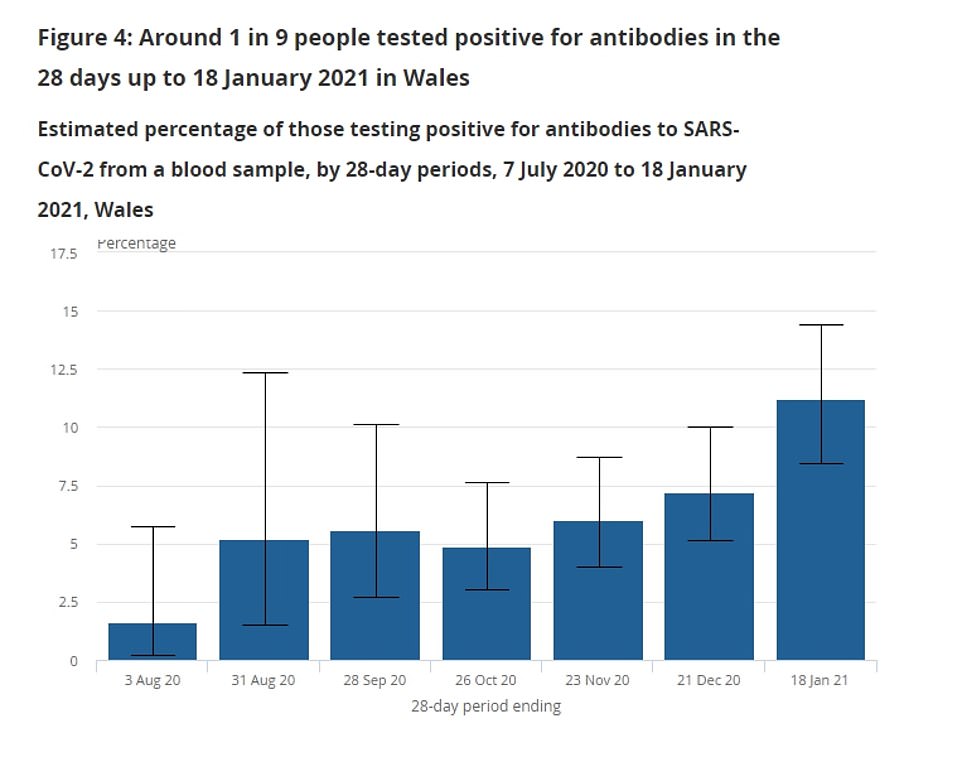 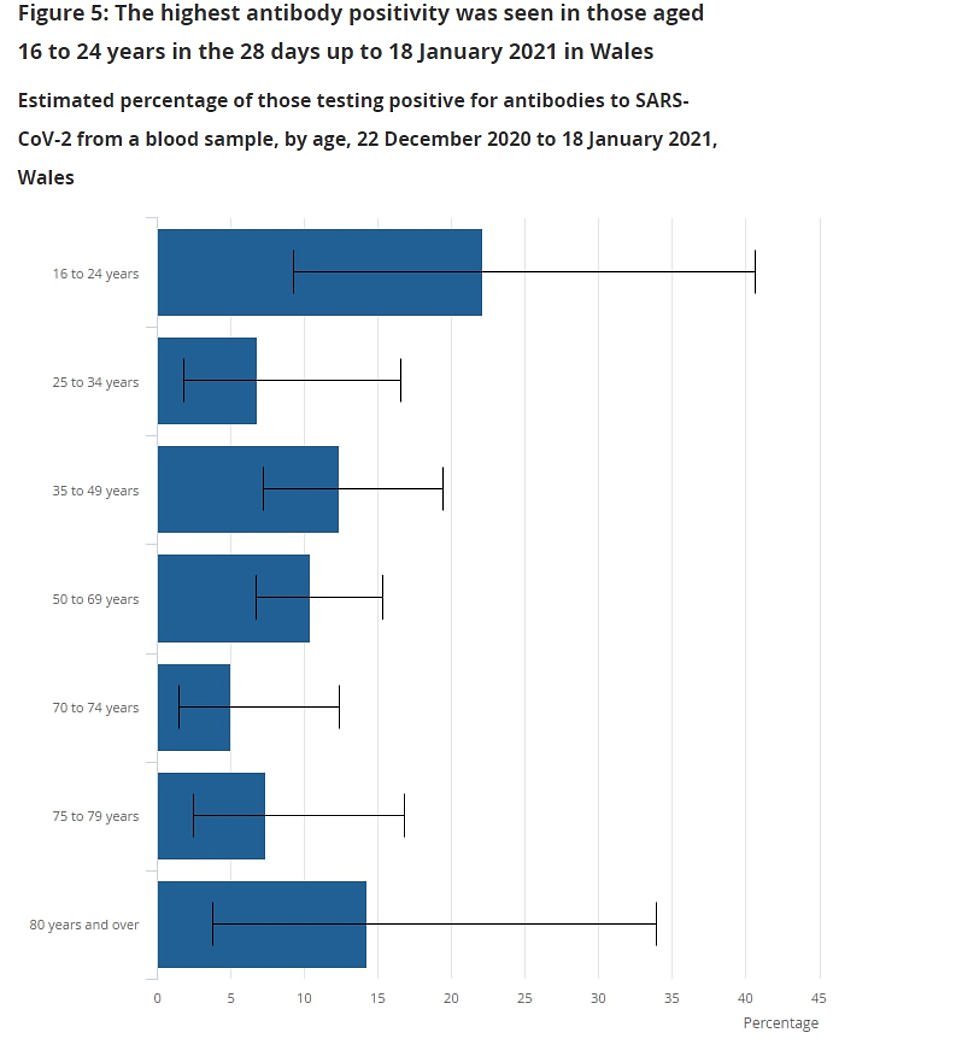 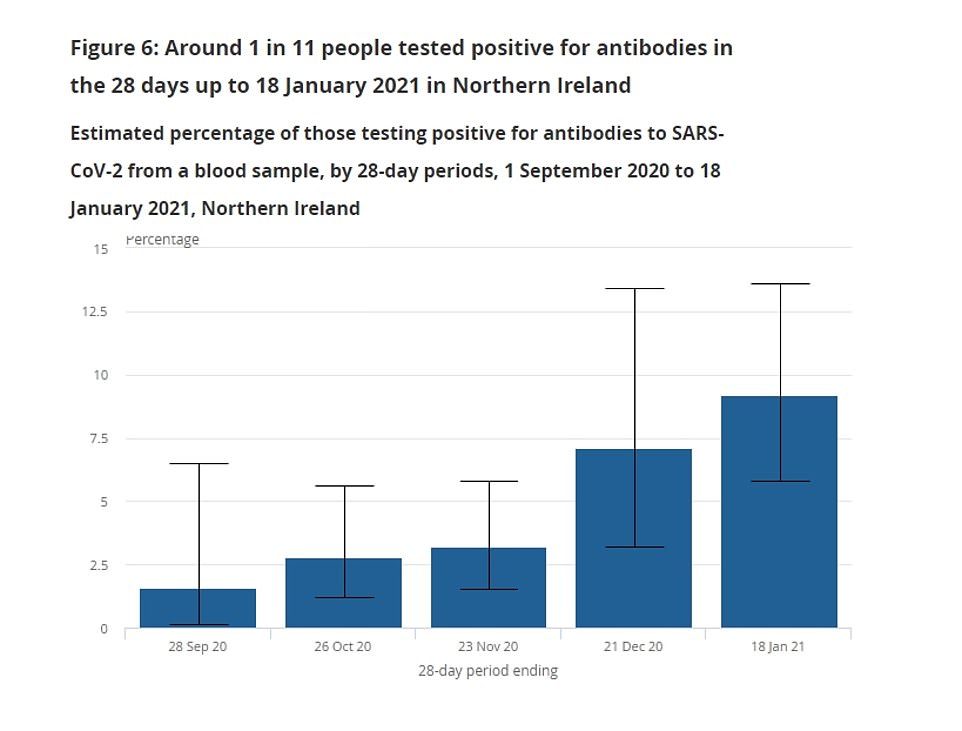 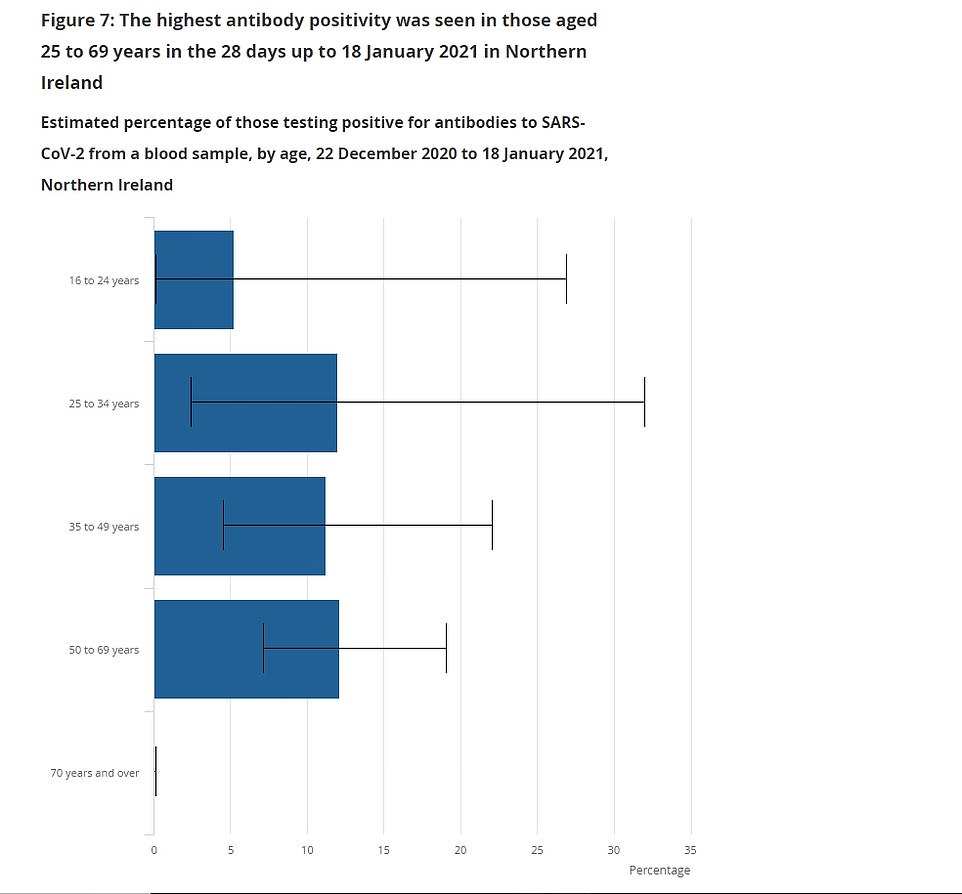 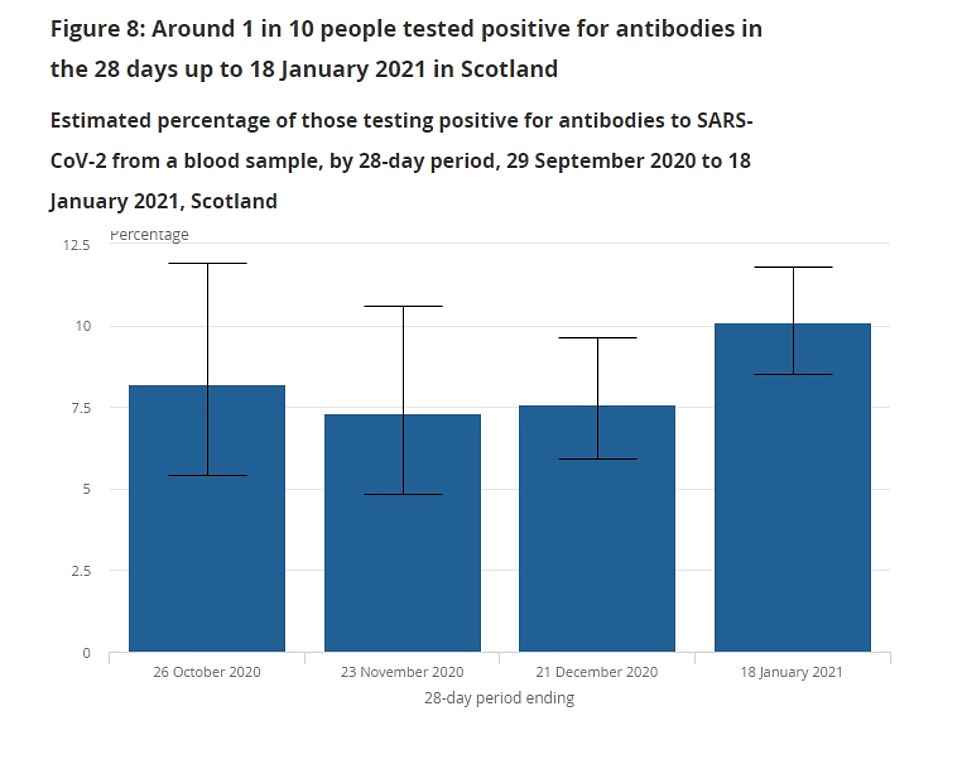 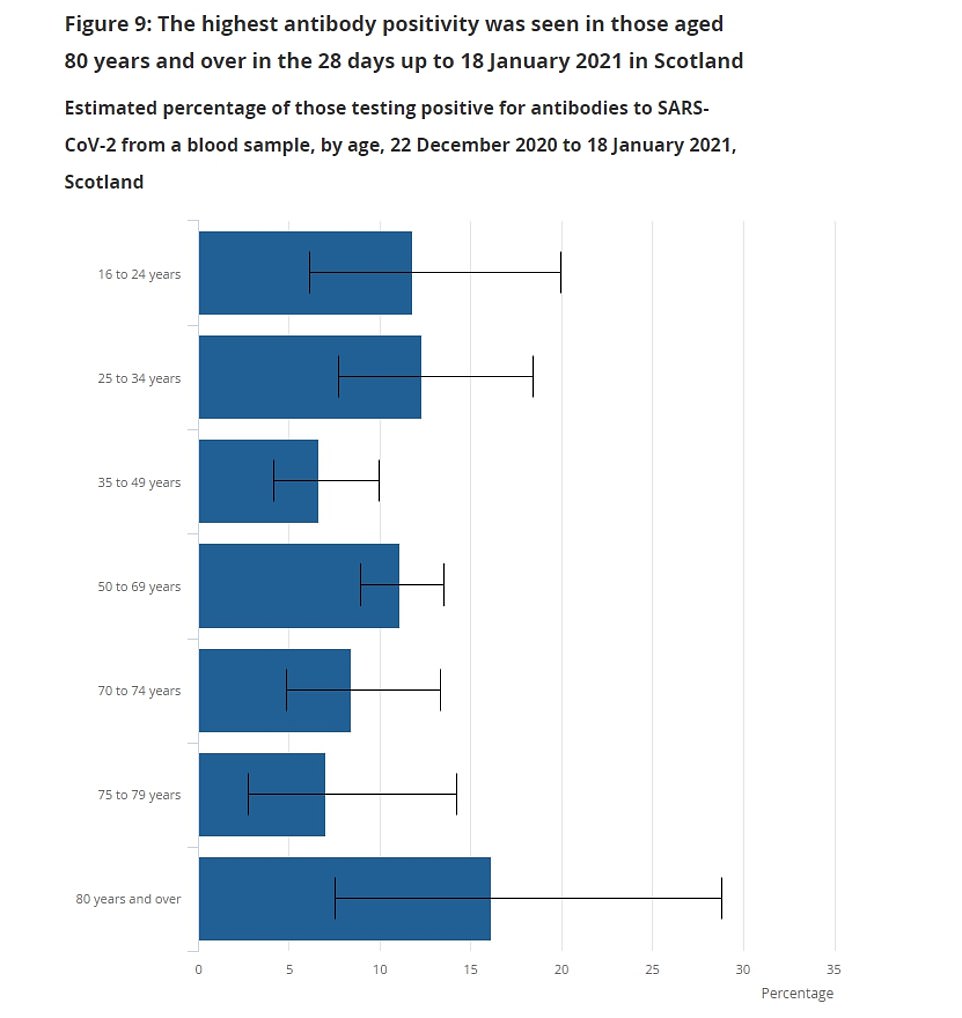 The data — which comes following the rapid spread of Covid over the past two months — may have been muddied by the fact millions of people have had a vaccine and will now show the same sign of immunity.

Outside of England, an estimated one in nine people in Wales had been infected by mid-January, up from one in 14 in December.