A SUSPECT is in custody after an active shooter situation at a Wisconsin casino that left at least seven people shot.

Gunfire was reported at the Oneida Casino in Green Bay, shortly before 8.00pm local time. 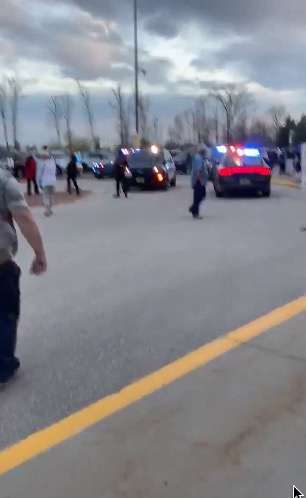 Oneida Nation, who owns the casino, confirmed the active shooter situation in a post to their Facebook page.

"Several Law Enforcement agencies are working to secure the location. Please do not go near the Main Casino on Hwy 172. We'll post information as it becomes available," the post read.

Police have not yet released any information about the shooting.

However, local reports say at least seven people were shot and the suspect was taken into custody just after 9pm local time.

It's currently unclear if the shooter was a patron of the casino or an employee.

The conditions of those shot are also currently unclear at the time.

No fatalities have yet been reported.

Multiple law enforcement agencies are working to secure the location.

A helicopter could be seen flying near the area, according to WBAY.

A witness told the network he was in a restaurant inside the casino when he heard a gunshot and saw a person "go down".

The witness, who wasn't named, said he ducked under his table before running out an exit.

He says he heard another gunshot outside as law enforcement swarmed into the parking lot.

A second witness said she saw police firing their weapons as they ran into the parking ramp.

A heavy police presence remains at the scene. The public have been asked to avoid the area.

Video posted to social media by Anne Luty showed people running outside the building as what sounds like gunshots are thundering out in the background.

"My friend just sent me this video," Luty wrote. "Her mom, aunt, and grandmother are there."

Oneida Nation has closed all of its locations until further notice, the company said.