Only one in 20 boys and just one in 83 girls get recommended amount of daily exercise, survey finds

Only one in 30 children does enough exercise, a damning reports reveals.

The NHS says children between the ages of five and 18 should do at least one hour of physical activity every day.

But when scientists tracked 800 primary school pupils for a week, they found just 3.2 per cent of children aged nine and ten achieved the target.

Activity levels for girls were lowest, with just 1.2 per cent doing a full 60 minutes of exercise, compared to 5.5 per cent of boys. 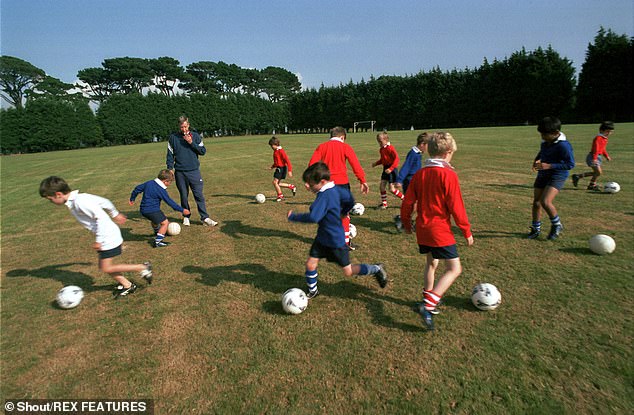 Ccientists tracked 800 primary school pupils for a week and found just 3.2 per cent of children aged nine and ten achieved the NHS target

The researchers, who used activity tracker watches on Year 5 pupils from 32 schools in Devon, said other studies have hugely overestimated exercise levels because they looked at averages over a week.

In fact, the guidelines state that children should get a full hour of exercise every day – not just on average.

The NHS-funded study, conducted by the universities of Exeter and Plymouth, comes after growing concerns about the health of children in Britain.

Obesity in primary school children is at an all-time high, according to official figures published earlier this year.

A severely obese adult dies ten years earlier than someone of a normal weight and is much more likely to succumb to type 2 diabetes, heart disease and cancer. 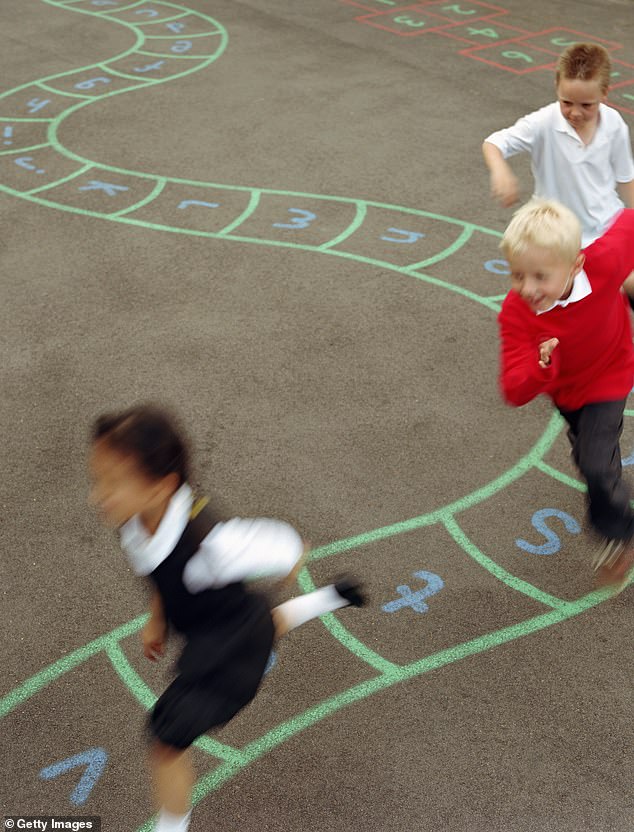 Dr Lisa Price of the University of Exeter, whose findings are published in the Journal of Physical Activity and Health, said: ‘We don’t know whether averaging 60 minutes a day will be different in terms of health outcomes compared to 60 minutes daily – more research is needed to look into this.

‘We do know that most children aren’t doing enough physical activity, and that this has consequences not just in childhood but in adulthood too.’

Physical education in schools has been in decline for years – with many playing fields sold off and sports teams scrapped.

Theresa May’s child obesity strategy, one of her first announcements when she became Prime Minister in 2016, said that for the first time schools would be asked to make sure children do at least an hour of exercise a day.

But earlier this year a World Health Organisation report revealed the UK has the third highest obesity rates of all 53 European countries. Dr Claudia Stein, who wrote the report, said: ‘If this is not tackled the next generation will have a problem with chronic diseases and this is something we cannot ignore.’