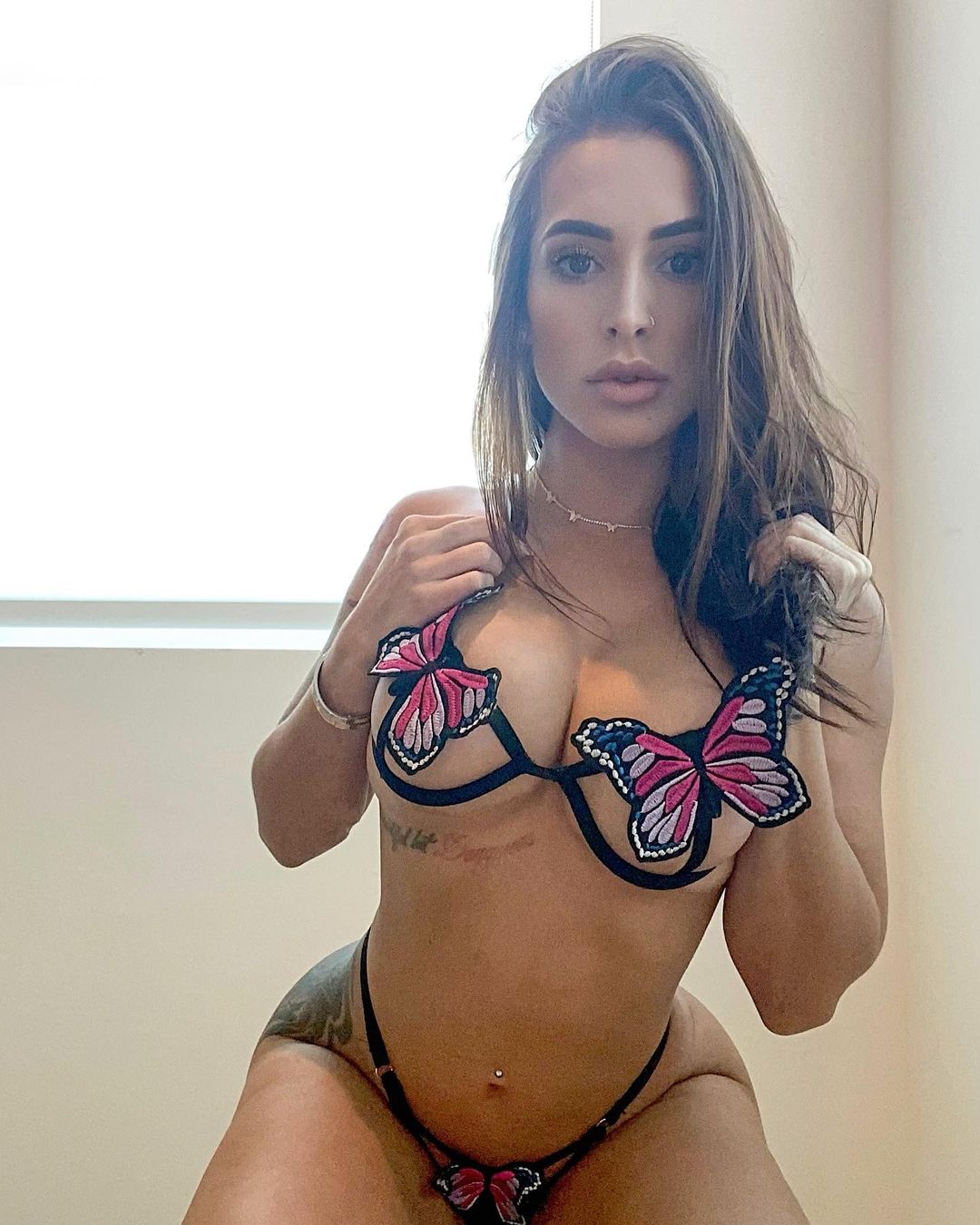 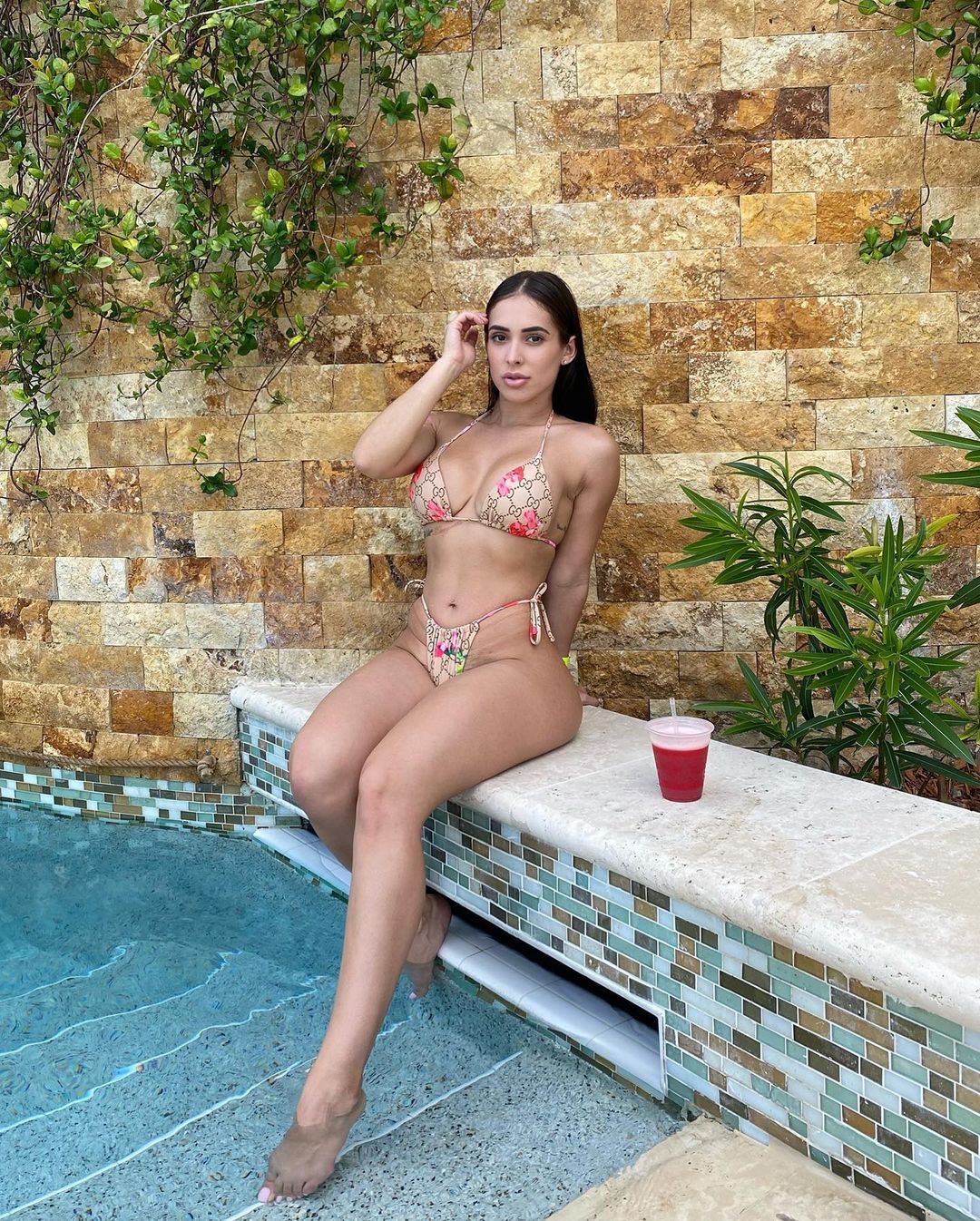 A Miami-Dade Police Department report has shed new light on the October 4 invasion in Hialeah, reports the New York Post.

The incident report says that a phone and other items were also stolen in the armed raid, that was captured on in-house CCTV.

It adds that "all victims on scene were interviewed independently and all corroborated with the [mom's] statement", according to the Mail Online.

Ansley Pacheco, 26, was captured on home security cameras grabbing her own pistol to defend her seven-year-old son.

Her husband, Daniel, and their pals were watching the Miami Heat in the NBA finals when the robbers broke in.

They were in the living room at the time, says the cops' report. 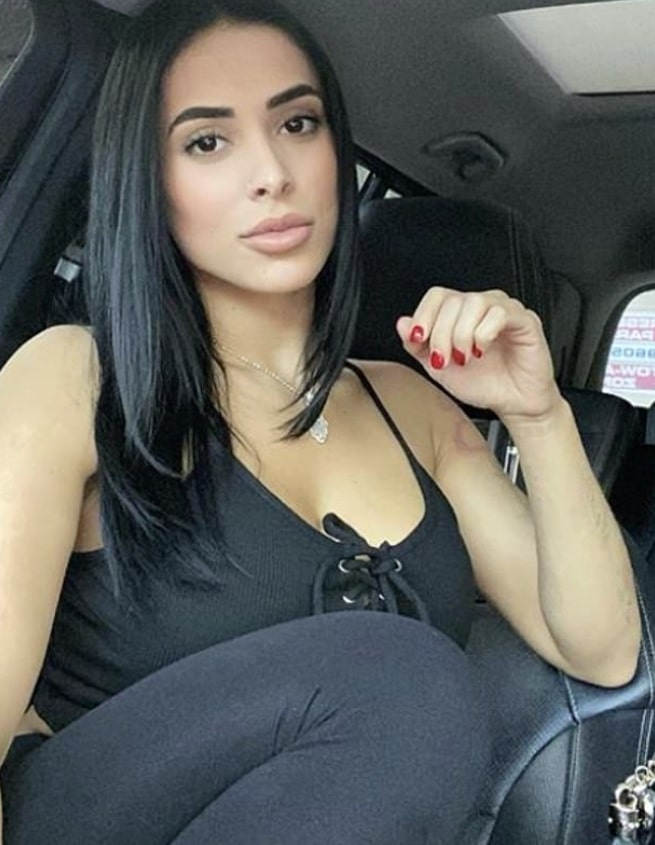 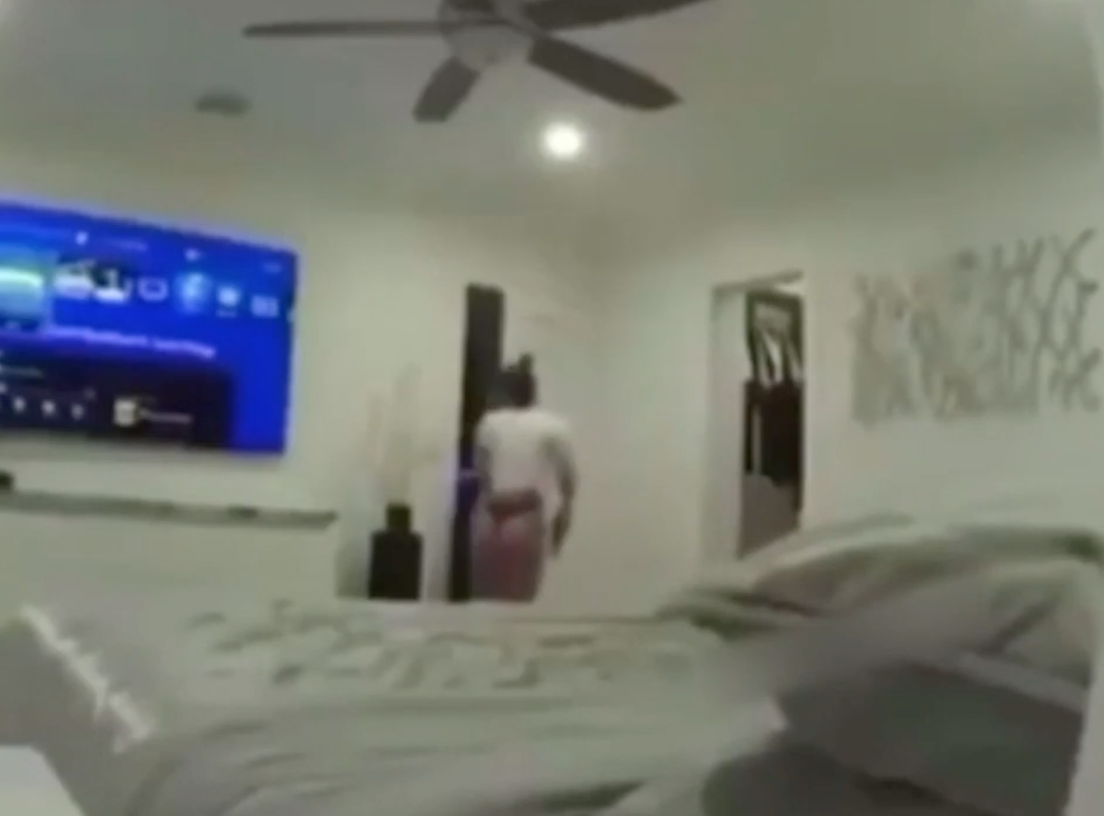 It adds that the two robbers – both of whom were "unknown" – then "entered the residence brandishing firearms and demanding everyone to 'get on the floor'.

"While everyone was on the floor the two suspects removed jewelry and property off some of the victims' person."

At this stage, the OnlyFans model – who was wearing just a thong – opened fire on the robbers.

The police report says that Ansley had been in the master bedroom, but heard the "commotion".

She came out of the room with a firearm.

The "victim said… the two suspects spotted her with the firearm and began shooting at her as they ran out the residence", according to the cops.

While the robbers were fleeing the crime scene, Daniel "retrieved his firearm from his wife, ran towards the driveway [and saw] the two suspects entering a vehicle, unknown, dark in color, fleeing northbound on NW 86th Avenue.

"He discharged his firearm, shooting towards the suspects' vehicle," their report adds. 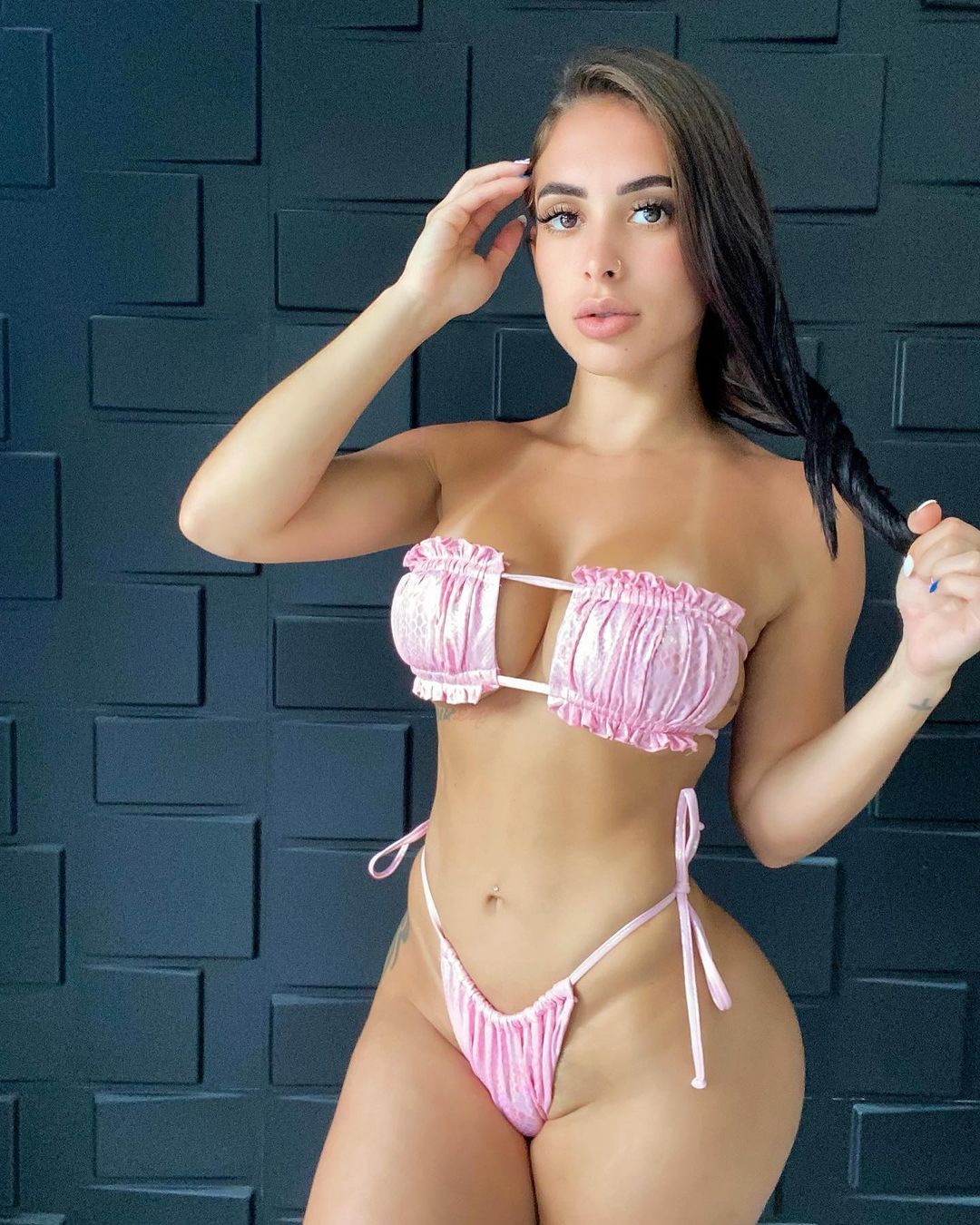 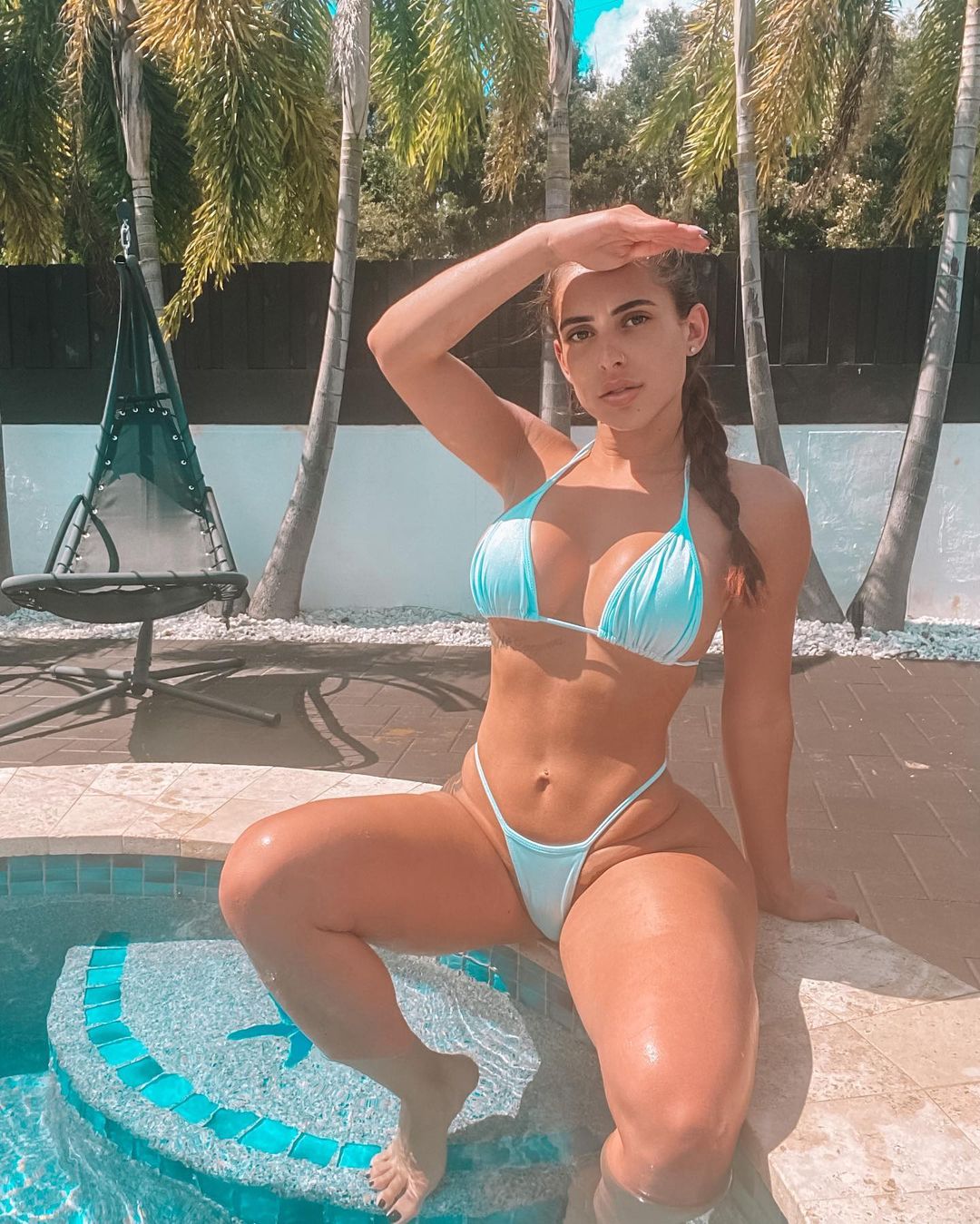 Shocking surveillance footage shows the Instagram model scramble to grab her firearm before she began shooting at the crooks from her doorway.

They were brandishing Uzis.

"Don't shoot! My son is in here!" she was heard screaming as she stood firing the weapon in a t-shirt and her underwear.

Despite pleading with the assailants, they began shooting into the bedroom where her seven-year-old son was cowering.

“We don’t (know who they are), but I really hope they get caught.”

She also shares videos on OnlyFans for paying subscribers.

Ansley said her husband and their friends had been watching the NBA finals when they were ambushed.

The mom-of-one said she was in the bathroom and heard men shouting at her husband to "get down" and to "give them everything".

I just knew that I had to do something, and my first instinct was to grab the gun and defend my husband and my son.

She said: "I went to the nightstand, grabbed the gun and opened the door. "

The robber demanded that she drop her weapon, but Ansley refused, telling him that her son was in the bedroom, while pleading with him not to shoot either of them.

After pocketing expensive jewelry and watches, the criminals fled the scene, and were chased out by her husband who had run to get a gun.

Speaking of her horror, she said: "I just knew that I had to do something, and my first instinct was to grab the gun and defend my husband and my son."

"They shot at me about seven times."

Daniel told NBC 6: "I ran to my wife, grabbed the gun, shot at them a couple of times – I think I hit the car."

The couple say they have no idea who the perpetrators are and police are yet to catch them.

Heavy News reports that it's unclear whether the heist is related to her social media influence, as she has more than 18,000 Twitter followers and 1.2million likes on TikTok. 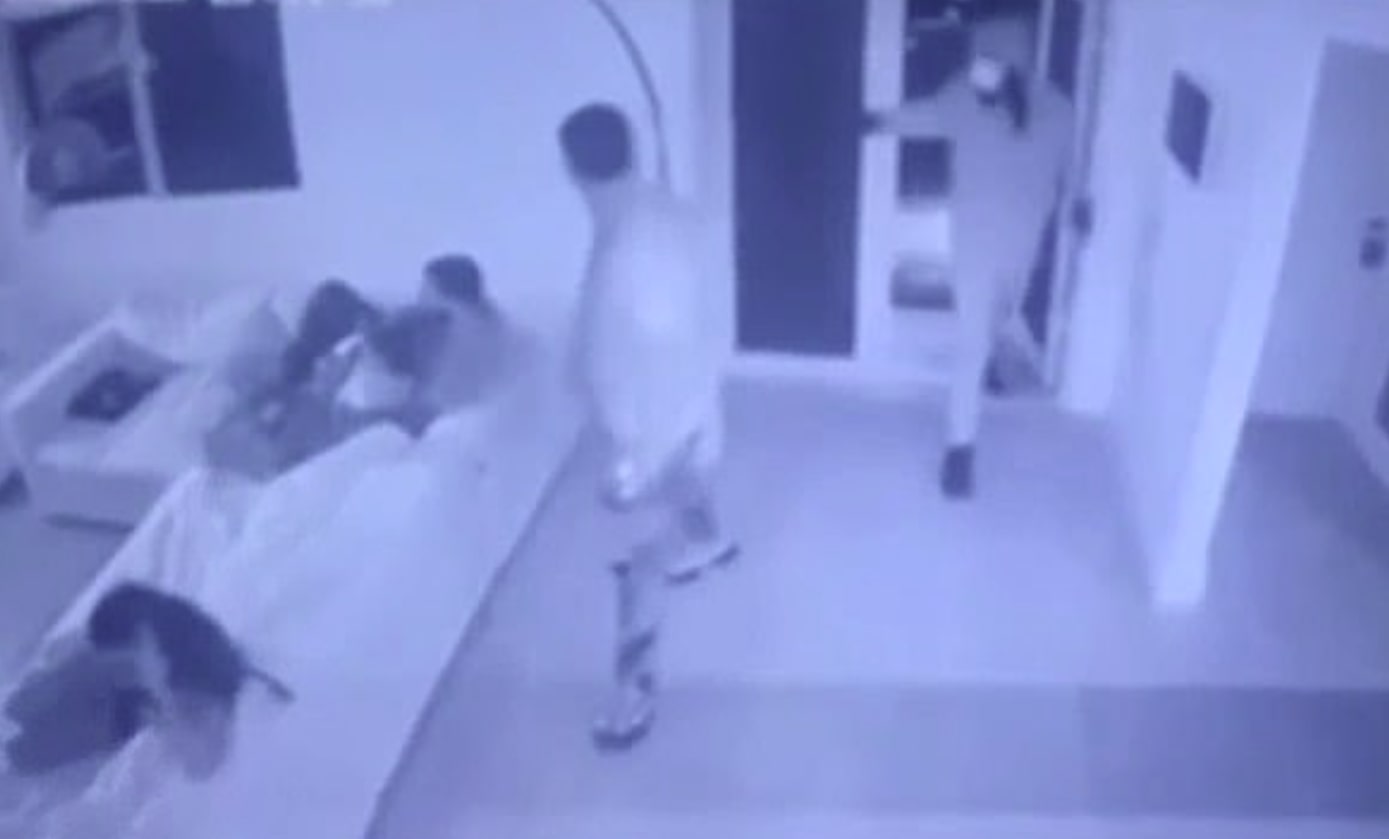 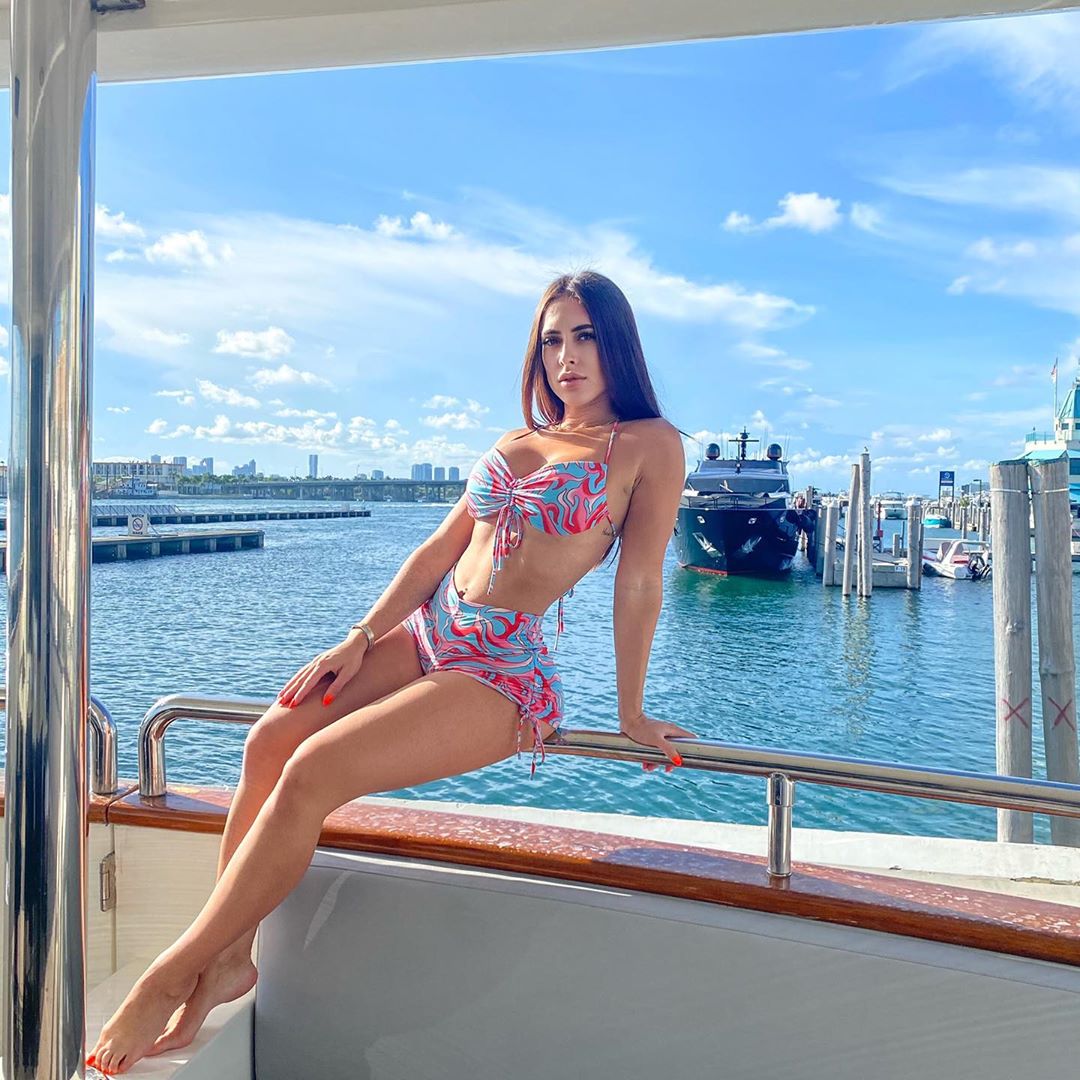 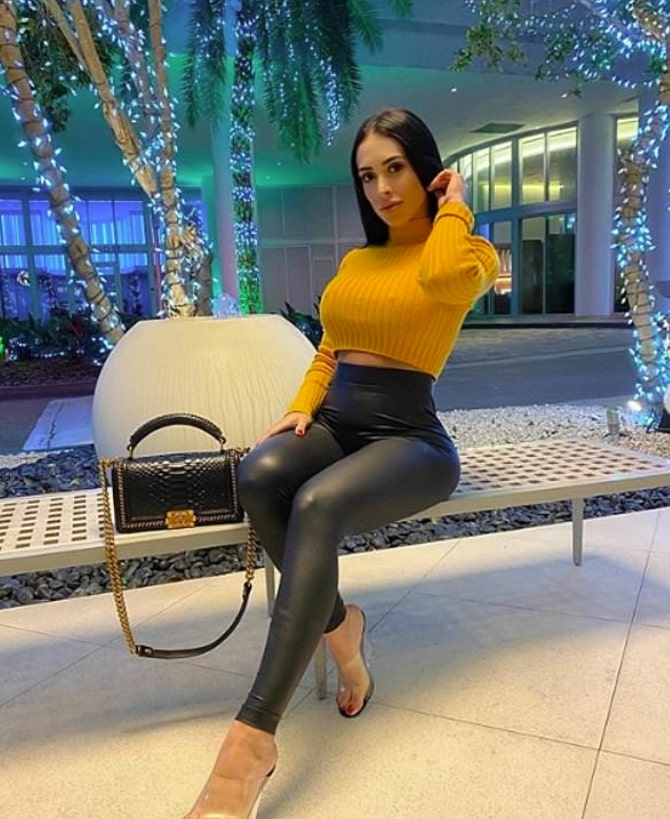 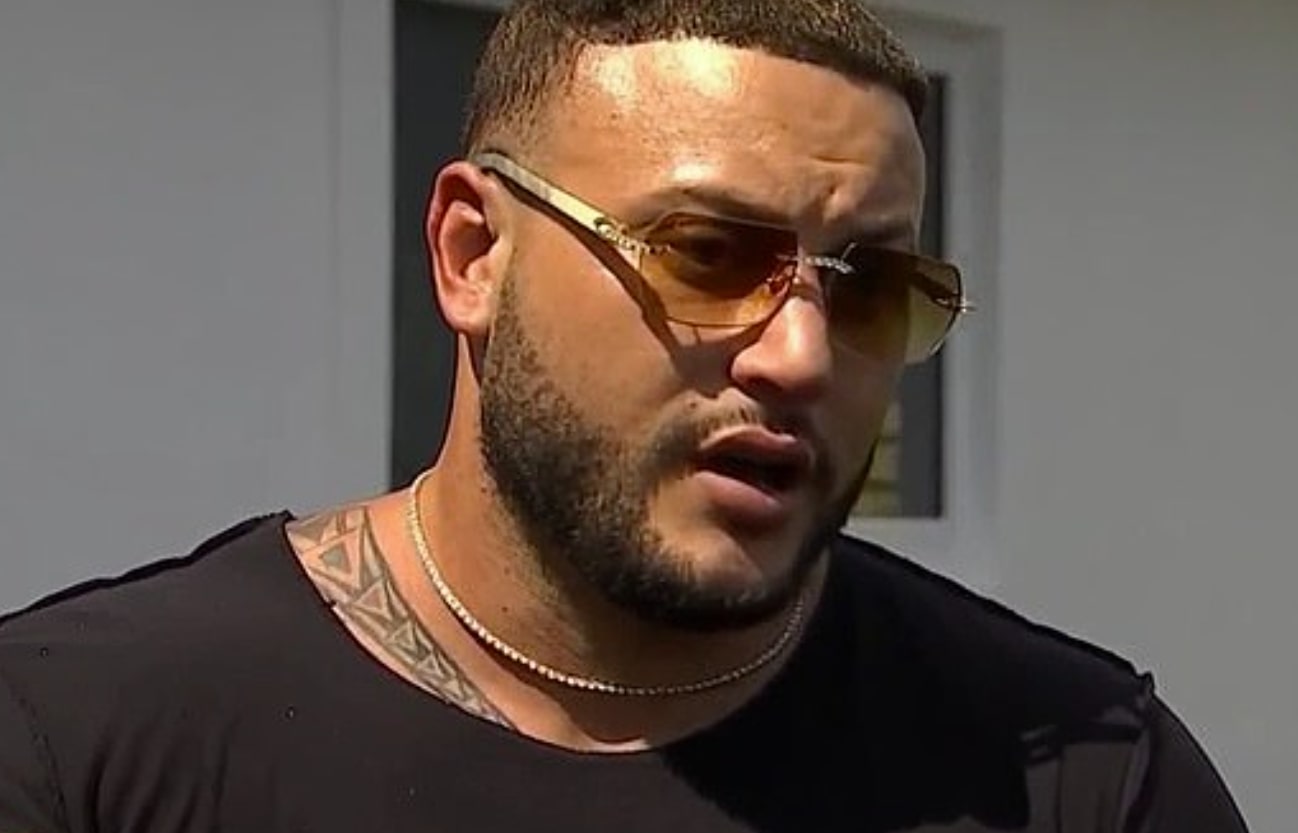 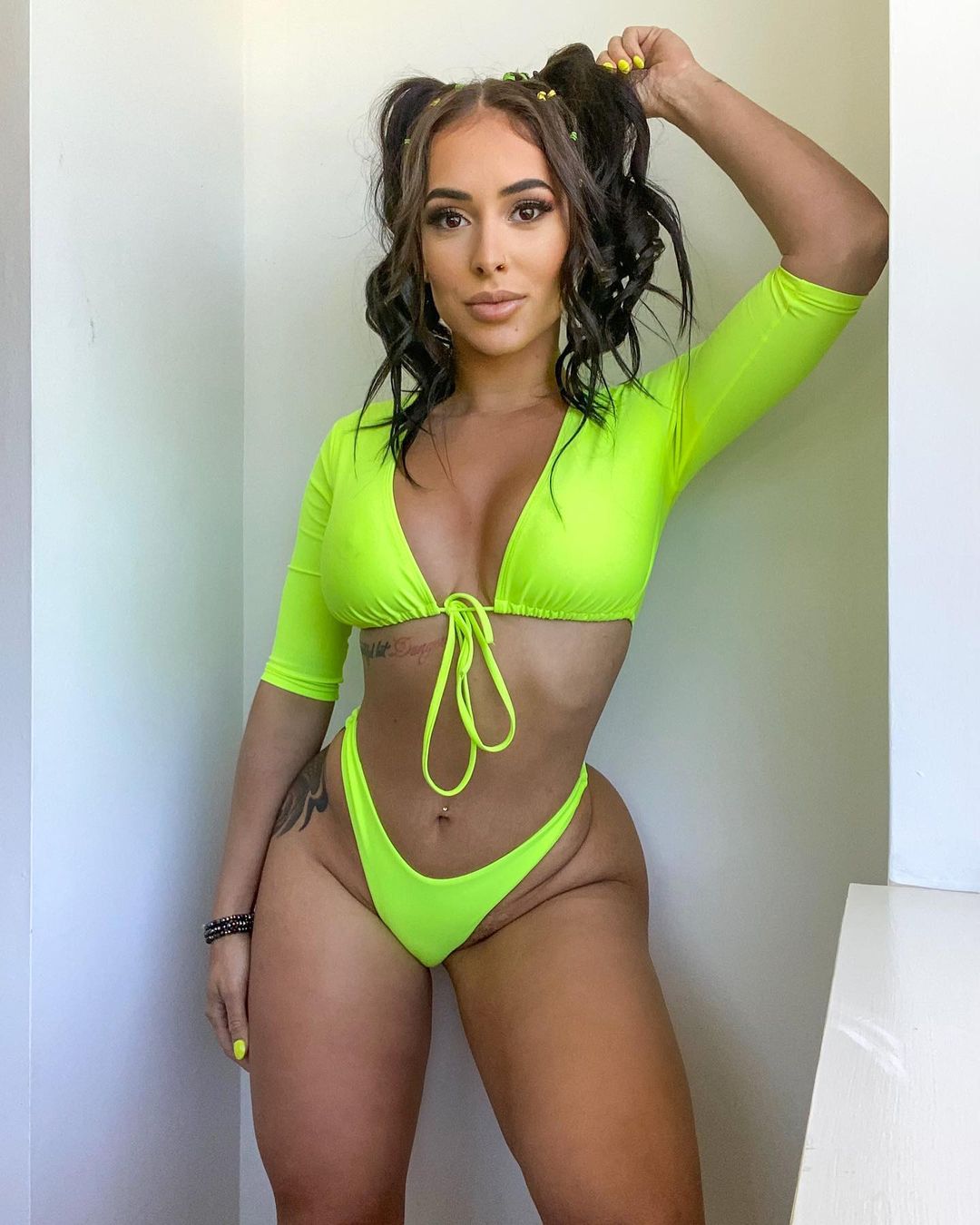 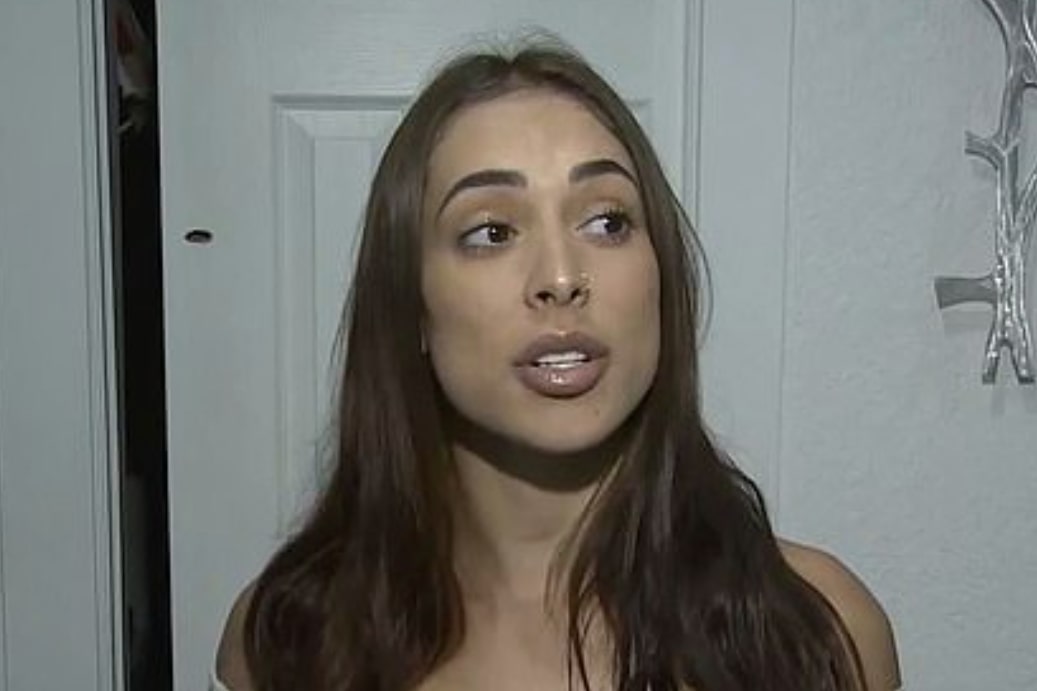