Nine women have told the Associated Press the famous opera singer behaved inappropriately towards them. 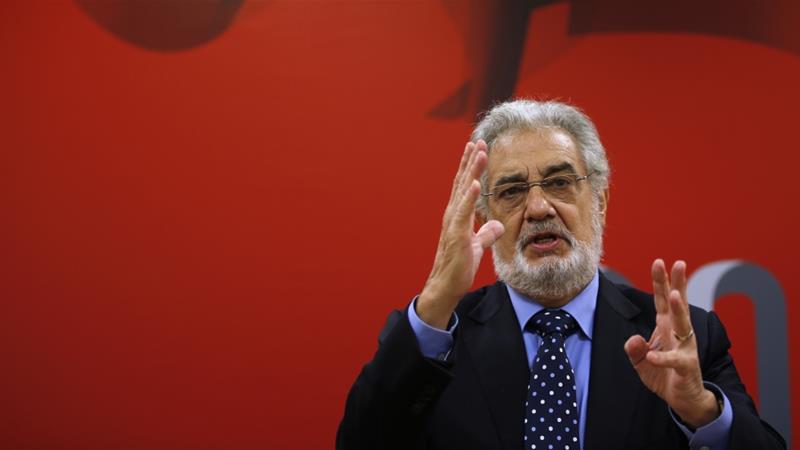 The women, eight singers and one dancer, told the Associated Press they were sexually harassed by the 78-year-old during encounters taking place over 30 years, starting in the 1980s.

Domingo, considered one of the best opera singers of all time, allegedly put his hands up the skirts of one woman and kissed others on the mouth without their consent.

“A business lunch is not strange. Somebody trying to hold your hand during a business lunch is strange, or putting their hand on your knee is a little strange,” one of the accusers said. “He was always touching you in some way, and always kissing you.”

The women say their careers were affected negatively by Domingo’s inappropriate behaviour, and they eventually all had to try to evade the famous singer, who has had more than 4,000 performances worldwide.

One singer, who was 27 at the time, said she felt panicked and trapped.

“I was totally intimidated and felt like saying no to him would be saying no to God. How do you say no to God?” she said after Domingo tried to pursue her by calling her repeatedly.

Eventually, she reluctantly agreed, saying: “I wasn’t going to have an opera career if I didn’t give in.”

“He picked me up in his BMW and I got in the car with him. He was very excited. He was touching my knee,” she said, adding that they drove to his apartment near the opera’s Dorothy Chandler Pavilion, where champagne was waiting.

“We were sitting on the couch and at some point, he started kissing me,” she said.

The woman said he then led her to a bedroom where he took her clothes off, then undressed himself. They engaged in “heavy petting” and “groping”, she said.

One of the women said she had sex with him twice, including at the Biltmore hotel in Los Angeles.

On top of the accusations by the group of nine, six other women said that they felt uncomfortable because of Domingo’s behaviour, with one person saying he asked her out on dates after hiring her to sing a series of concerts with him in the 1990s.

The stories were supported by more than three dozen other singers, dancers, orchestra musicians, members of backstage staff, voice teachers and an administrator who say they witnessed inappropriate behaviour by Domingo, who has been married to his second wife since 1962.

“There is an oral tradition of warning women against Placido Domingo,” a singer, who worked at the LA Opera but is not among the accusers, told AP.

She echoed advice that several women said they had received: “Avoid interaction with him at all costs. And definitely, don’t be alone with him.”

In response to the allegations, Domingo sent out a statement saying they are “deeply troubling, and as presented, inaccurate”.

“Still, it is painful to hear that I may have upset anyone or made them feel uncomfortable no matter how long ago and despite my best intentions,” the statement said.

“I believed that all of my interactions and relationships were always welcomed and consensual. People who know me or who have worked with me know that I am not someone who would intentionally harm, offend, or embarrass anyone,” it continued.

“However, I recognise that the rules and standards by which we are – and should be – measured against today are very different than they were in the past,” it added.

Over the last couple of years, several high-profile cases of sexual harassment and abuse have come to light, following an expose on the rampant sexual abuse perpetrated by Hollywood producer Harvey Weinstein.

It led to the rise of the #MeToo movement, which aims to bring into the light the amount of sexual harassment and inappropriate behaviour women have to deal with in public life on a daily basis.