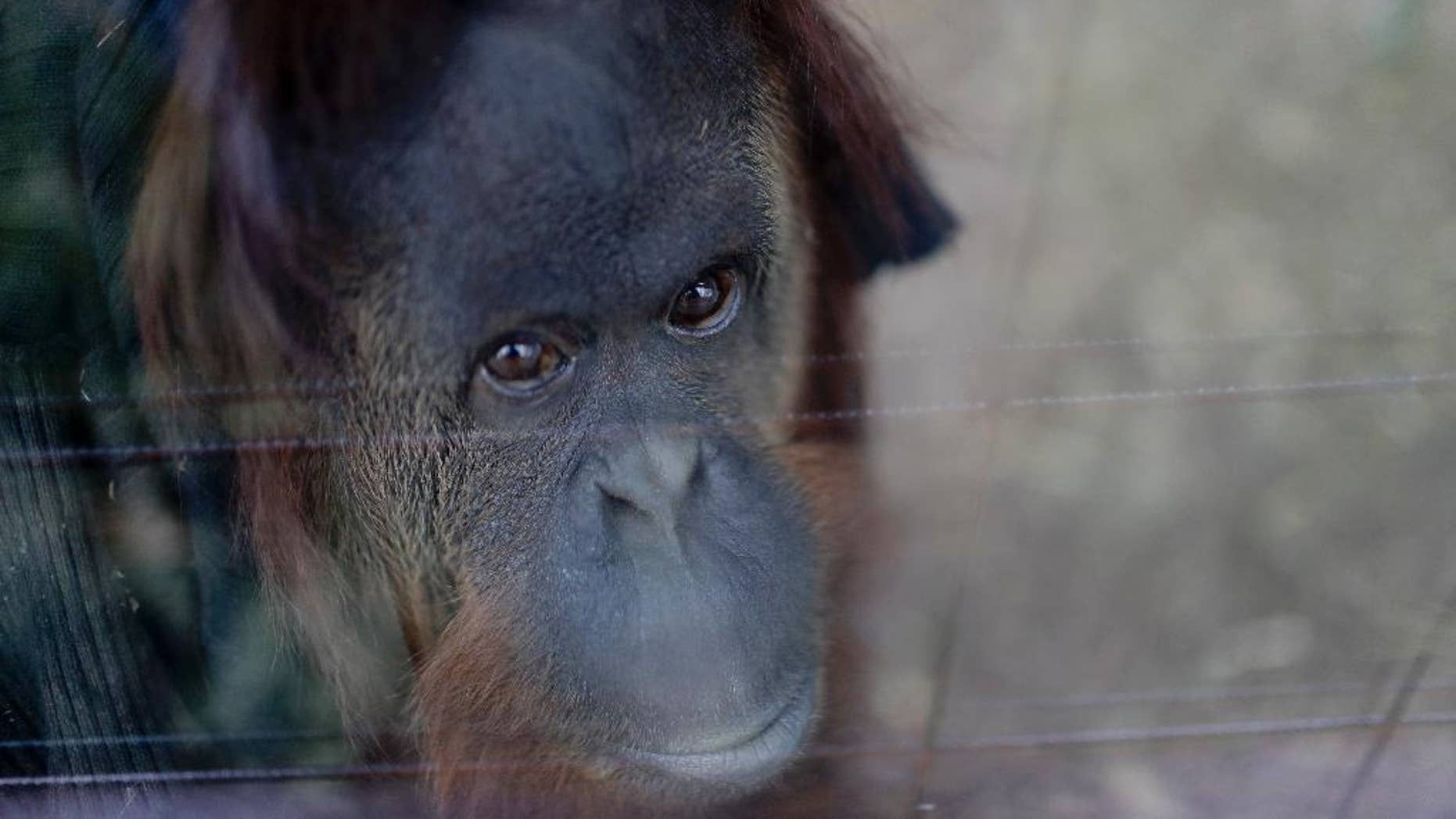 A volunteer at a zoo on Ohio was seriously injured over the weekend after an orangutan bit her arm, officials said.
(AP Photo)

A volunteer at an Ohio zoo was seriously injured over the weekend after an orangutan reached through a barrier and bit her hand, officials said.

The Toledo Zoo said the incident took place on Saturday when Bajik, a 14-year-old male orangutan, reached through a mesh enclosure and "made contact with the unpaid staff member’s hand."

The incident took place as the woman was with two paid staff members in an area not accessible to visitors while the orangutans were being fed.

Orangutan diagnosed with cancer given weeks to live

Shayla Bell Moriarty, zoo vice president and chief of staff, told the Blade the entire incident lasted only a few seconds and there was no threat to the public.

“As we do an internal review of the incident, it shows that safety protocols were followed and at no time did the orangutan get out of the enclosure or pose any danger to the public,” she told the paper.

The woman's injuries were not life-threatening and the volunteer was treated at a hospital, according to the zoo.

Officials stressed that what happened was not the orangutan’s fault.

Zoo officials said that all its great apes attempt to sneak their fingers through to grab things and that it’s a known behavior staff must watch for while they’re near the enclosure.

All orangutans, including Bajik, remain on exhibit at the facility with no change to their daily care or schedules.

“The Zoo appreciates the concern for our staff member and Bajik, the orangutan,” zoo officials told WTOL.