Dale Rost III was a father of five from Oregon when he went out to walk his dog just before Christmas in 2005 and encountered a couple of meth-fueled thugs who forced him to strip naked and tied him up.

They ransacked his house, took his wallet, and shot him through the eye at point-blank with a .22 rifle.

His now-adult children say they are appalled that Democratic Gov. Kate Brown is considering clemency for one of the suspects in the heartless murder of their father two days before Christmas 17 years ago. 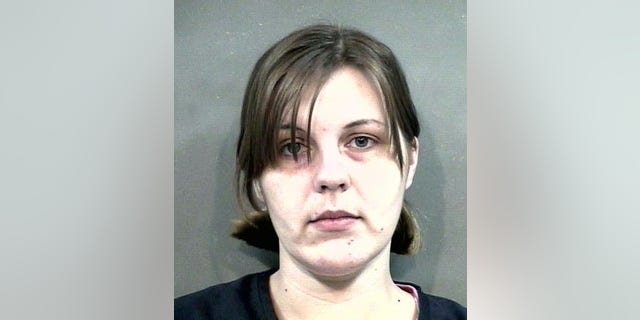 Lynley Janet Rayburn and her then-boyfriend Gerard "AJ" Smith went out on the early morning of Dec. 23, 2005 – armed with the rifle and high on meth, according to court documents. Both were convicted of robbery and murder after killing Dale Rost III.
(Yamhill County Correctional Facility)

Lynley Janet Rayburn, 26 at the time, and her then-boyfriend Gerard “AJ” Smith, then 20, went out on the early morning of Dec. 23, 2005 – armed with the rifle and high on meth, according to court documents. Both are serving life prison sentences for robbery and murder in connection with what happened next.

They went up a 100-yeard rural driveway and encountered Rost, 54, letting the dog out around 1:30 a.m. He’d be a grandfather several times over if he were still alive today, according to his children.

Smith and Rayburn hogtied him and raided the house, which at the time was stocked up with Christmas gifts. They took his debit and credit cards and asked him for the PIN numbers, which he supplied hoping they’d take his belongings and leave. 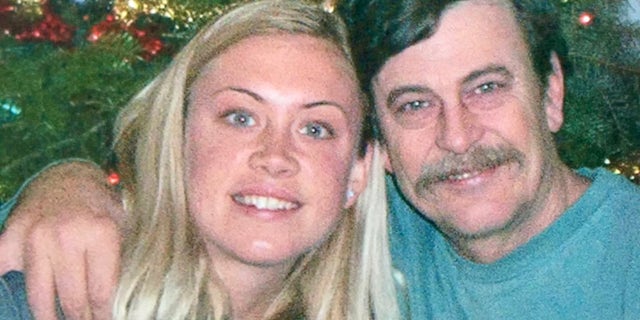 Dale Rost III and one of his daughter, Kendra Pettit, in an undated photo.
(Courtesy: Rost family)

But before they left, Smith put the rifle to the bound man’s eye and pulled the trigger, according to Rost’s daughter, Sarah Olson, who told Fox News Digital Friday that she was the one who stumbled upon the crime scene hours later when her dad failed to show up to a family holiday party.

“She brutally murdered somebody,” Olson said of Rayburn. “The fact that Gov. Brown is even considering this is absolutely absurd.”

Rayburn on multiple occasions admitted to taking part in the crime and pleaded guilty in December 2006, according to court documents. 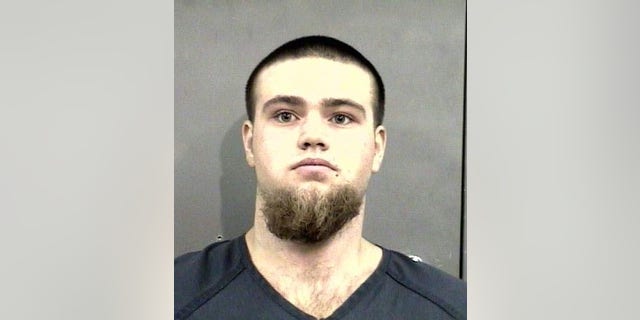 Lynley Janet Rayburn and her then-boyfriend Gerard "AJ" Smith went out on the early morning of Dec. 23, 2005 – armed with the rifle and high on meth, according to court documents. Both were convicted of robbery and murder after killing Dale Rost III.
(Yamhill County Correctional Facility)

Police reports state she even told detectives on the day of the crime that “I f—ing did it,” and “I f—ing kill[ed] him.”

After killing Rost, the couple used his debit and credit cards to purchase hundreds of dollars of items around town and to withdraw cash from ATMs – using his stolen car to get around.

They met up with a friend that afternoon, who had just been released from the county jail, and told him that he was sitting in a dead man’s car, as well as other details of the crime.

The friend, Nathan Napp, told detectives that the killing was Rayburn’s idea, according to investigators.

She was afraid Rost would identify her if they let him go because she “had kids” and “if they left the victim alive, they would get caught by police,” according to prosecutors. So Smith “taped the guy up” and shot him.

Brown declined to be interviewed for this article. But through a spokesperson, she released a lengthy statement.

“To be clear, the governor has not yet made a decision on this case,” the spokesman, Charles Boyle, told Fox News Digital. “Anyone can submit an application to the governor for clemency, and our office did not initiate this process. We did initiate communication with the District Attorney’s office to ask for their feedback after we received the application.”

The petition appears to have been the work of a group of students at the Criminal Justice Reform Clinic at Lewis and Clark Law School in Portland. They sent a 112-page letter to the governor describing Rayburn’s troubled childhood and alleged attempts to improve her life behind bars and helped her file an April 2021 application for executive clemency.

“Lynley is police and soft-spoken, likes to see the positive in situations and is grateful for the programs she has participated in while incarcerated to work on herself and do good in the Coffee Creek [Correctional Facility] community,” the missive begins. “She accepts responsibility for her actions that led to her incarceration and wants a chance to do better with her life outside of prison.”

Olson said the Lewis and Clark report “is all based off of opinion – no facts from the case.”

Taking a plea deal that avoided the death penalty for Rayburn and years of appeals for Rost’s family in December 2006, she was sentenced to 25 years to life in prison for felony murder – plus another 35 months on the robbery charge. If she receives clemency’ she’ll walk free 14 years before being eligible for parole – serving roughly half of her minimum sentence.

“They could have been given the death penalty,” said Justin Olson, Rost’s son-in-law. “The only reason they weren’t is so we didn’t have to spend 25 years doing the very thing that we’re dealing with right now.”

The petition on Rayburn’s behalf also includes a handwritten letter she herself wrote to Gov. Brown.

In it, she again admits that she agreed to take part in the crime but claims that after they tied Rost up she went outside and got into her car. She claims, in the letter, that Smith killed Rost alone and returned to her with the dead man’s car – a direct contradiction to the facts of the case, prosecutors have argued.

Boyle said the governor “takes every effort” to get input from the victims of crime before granting clemency, however Olson said that neither she nor her other family members had been contacted by the governor’s office before they learned from prosecutors that Rayburn’s case was up for review.

“Governor Brown believes that granting clemency is an extraordinary act that should be reserved for individuals who have made incredible changes and who are dedicated to making their communities better,” Boyle said. “She evaluates clemency applications on a case-by-case basis and considers a variety of factors about the applicant’s history and case when making those decisions.”

Rost’s children have started a petition urging Brown to deny the clemency request.

“Clemency must be reserved for those wrongfully convicted and, in some exceptional cases, the reformed,” their letter reads. “Neither is true in our case.  A murderer that hog-tied a father of five in front of the Christmas tree before executing him is not an innocent bystander. By playing her own victim card, the murderer and [Criminal Justice Reform Clinic] have taken a cheap shot at justice and mercilessly taunted our family.”

Yamhill District Attorney Bradley Berry, who prosecuted Rayburn back in 2006, did not immediately return calls seeking comment. But he sent a letter of his own to the governor, urging her to deny the clemency request – which he said “stunned” him.

“The minimization of her role in this murder by the authors of the application…shows she has taken little, if any, responsibility for her actions on that day that she and Smith robbed, humiliated and murdered Dale Rost in cold blood,” he wrote.