Oscar Saxelby-Lee’s leukaemia is back

Oscar’s new battle: Despite his stem cell transplant following a public appeal for donors earlier this year, Oscar Saxelby-Lee’s leukaemia is back… and now his parents are trying to raise £500,000 to save him 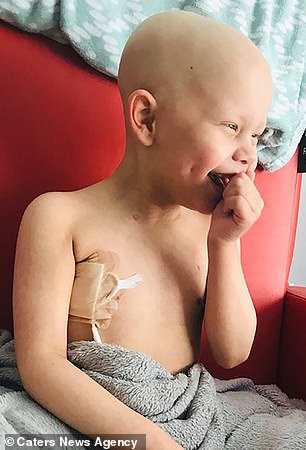 Oscar Saxelby-Lee, above, has a stem cell transplant in the spring but despite this the disease has returned

Thousands responded when a plea went out for potential stem cell donors for Oscar Saxelby-Lee.

After a match was found, his parents dared to hope for the future of the five-year-old leukaemia sufferer.

But Olivia Saxelby and Jamie Lee have been left devastated after discovering the disease has returned despite Oscar’s stem cell transplant in the spring.

Now they believe their last hope is to raise £500,000 for him to undergo a trial of a potential new treatment in Singapore, along with a second transplant.

Yesterday Miss Saxelby, 23, appealed again to the public, saying: ‘We need you. We received the devastating news Oscar’s chances of a cure are very slim since he has recently relapsed.

‘Because Oscar’s aggressive disease is back only three months post bone-marrow transplant he is at even higher risk.

‘But there are cases where a second transplant and a new trial called CAR-T have worked. With Oscar remaining unbelievably strong and with much fight left in him, we have to try everything and anything to save him.’ 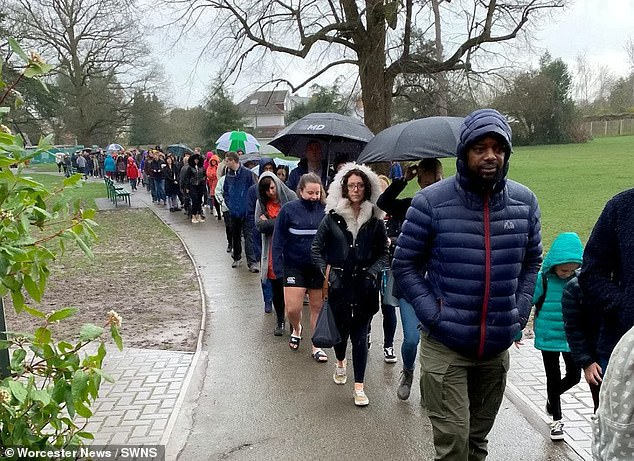 Would-be donors (above) try to aid Oscar. Some 10,000 people queued at drop-in sessions to try to help and three potential matches were found. Donors are pictured in a queue outside a Worcester primary school

She said the NHS would not fund the CAR-T trial or a second transplant within 12 months of an initial operation, prompting the couple, of Worcester, to issue their new plea to the public.

Miss Saxelby added: ‘We really are on a tight schedule, a schedule no child should be on. Please help us reach our target.’

Oscar was diagnosed in December with T cell acute lymphoblastic leukaemia, a rare and aggressive type of blood cancer. 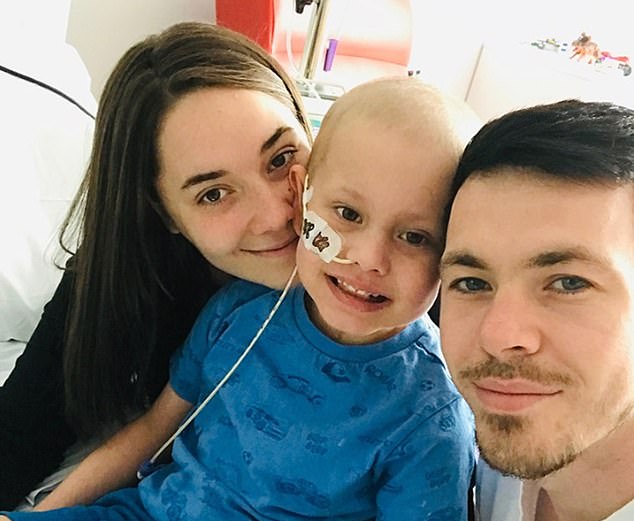 Olivia Saxelby and Jamie Lee, pictured above with Oscar, have been left devastated after discovering the disease has returned despite Oscar’s stem cell transplant in the spring

He was given just three months to find a stem cell donor after his leukaemia worsened in February.

Some 10,000 people queued at drop-in sessions to try to help and three potential matches were found.

In May, Oscar’s family said the transplant – in which his unhealthy blood cells were replaced with stem cells from the blood or bone marrow of the donor – had been successful.

But the return of the disease has left them pinning their hopes on CAR-T therapy.

This involves removing and genetically modifying a patient’s immune cells, known as T cells, and multiplying them in the lab.

They become chimeric antigen receptor T cells, or CAR-T, and are put back in the patient’s blood to find and kill the cancer cells.

Oscar has spent much of the last ten months in hospital.

But Miss Saxelby, who gave up work as a teaching assistant to care for him, said: ‘Never is there a day he doesn’t show his little dimples. No matter how hard his battle has become, he always shines the light for you all, a cheeky friendly little boy with so much love to give.’

She and Mr Lee, 27, a builder, are being supported by the Grace Kelly Childhood Cancer Trust and any money not used to help Oscar with his treatment will be donated to the charity.

This month, Great Ormond Street Hospital said its own CAR-T trial for leukaemia had ‘very promising results’ with 12 of 14 patients clear of the disease after three months. 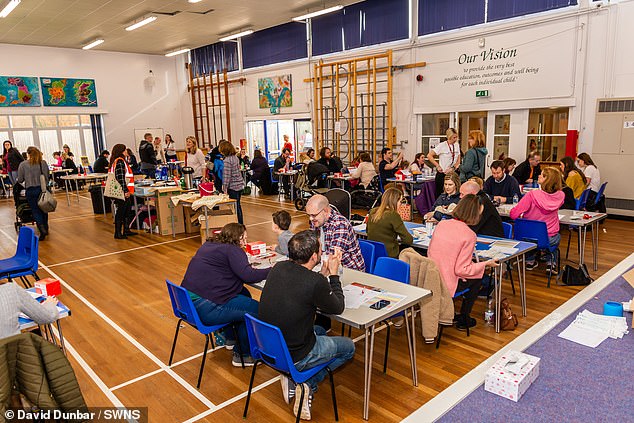 Donors are pictured at a Worcester primary school, above. In May, Oscar’s family said the transplant – in which his unhealthy blood cells were replaced with stem cells from the blood or bone marrow of the donor – had been successful