The 90th Academy Awards crowned Guillermo del Toro’s river creature fable “The Shape of Water” best picture at an Oscars that confronted the post-Harvey Weinstein era and sought to pivot to a vision of a more inclusive movie business.

A sense of change was palpable at the ceremony held Sunday at the Dolby Theatre in Los Angeles, where winners made impassioned arguments for gender equality and diversity.

He became the third Mexican-born filmmaker to win the award, joining his friends and countrymen Alejandro Inarritu and Alfonso Cuaron – who once were dubbed “the Three Amigos.”

“The greatest thing that art does, and that our industry does, is erase the lines in the sand,” said del Toro, alluding to his international career.

Jordan Peele won for his script to his horror sensation “Get Out,” becoming the first African-American to win for best original screenplay. Peele said he stopped writing it “20 times,” sceptical that it would ever get made. 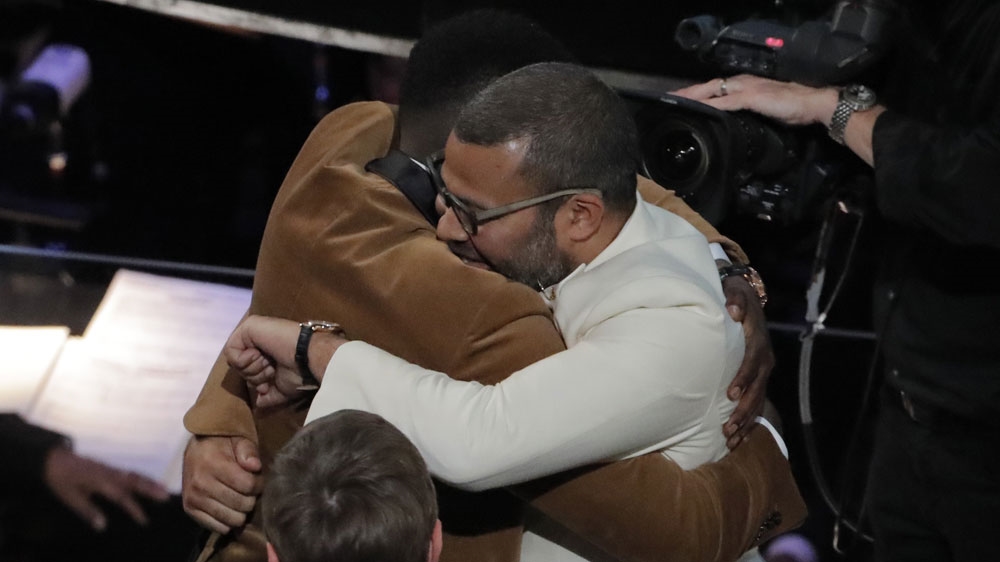 In a year lacking a clear frontrunner, the awards were spread around. Christopher Nolan’s World War II epic “Dunkirk” landed three awards, all for its technical craft: editing, sound editing and sound design.

Things went expected in the acting categories, where Frances McDormand won her second Oscar for her performance in “Three Billboards Outside Ebbing, Missouri.”

McDormand asked all the attending female nominees to stand up in the theatre.

“Look around, ladies and gentlemen, because we all have stories to tell and projects that need financing,” said McDormand.

“I have two words to leave with you tonight, ladies and gentlemen, inclusion rider.”

Frances McDormand started a revolution at the #Oscars. Here she is explaining what an “inclusion rider” means. pic.twitter.com/4KSMX54UoJ

McDormand said all actors are able to insist an “inclusion rider” clause, demanding at least 50 percent diversity among production staff, is included in any contract they sign.

The idea was featured in a TED talk given by Stacy Smith, founder of the Annenberg Inclusion Initiative at the University of Southern California, in 2016.

“A-listers, as we all know, can make demands in their contracts, particularly the ones that work on the biggest Hollywood films. What if those A-listers simply added an equity clause or an inclusion rider into their contract?” she said. 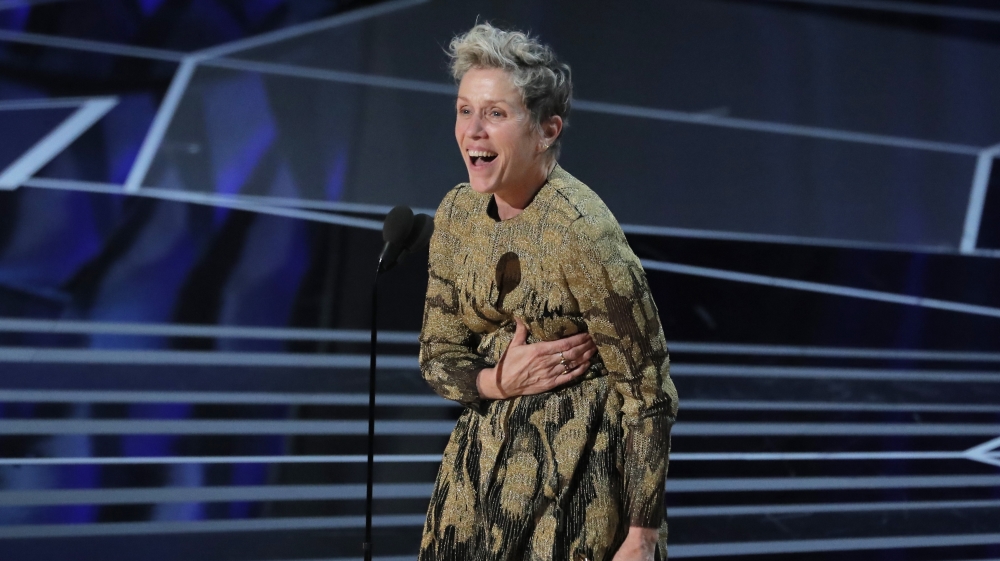 But many of the show’s most powerful moments came in between the awards.

Ashley Judd, Anabella Sciorra and Salma Hayek – who all made allegations of sexual misconduct against Weinstein – together assembled for a mid-show segment dedicated to the #MeToo movement that has followed the downfall of Weinstein, long an Oscar heavyweight. They were met by a standing ovation.

“We work together to make sure the next 90 years empower these limitless possibilities of equality, diversity, inclusion and intersectionality,” said Judd. “That’s what this year has promised us.”

“Call Me By Your Name”