If you think Cinco de Mayo commemorates Mexico’s independence from Spain, you’re not alone, but you’re also wrong. The holiday, which isn’t widely celebrated in Mexico, marks the country’s victory over France in the Battle of Puebla on May 5, 1862. No one expected Mexico to win, but win they did, and the people of Puebla, as well as many people north of the border, continue to celebrate the triumph every May 5. (If you’re wondering, Mexico’s Independence Day is celebrated on Sept. 16.)

Here are our best Cinco de Mayo recipes for your celebration, from appetizers to desserts. 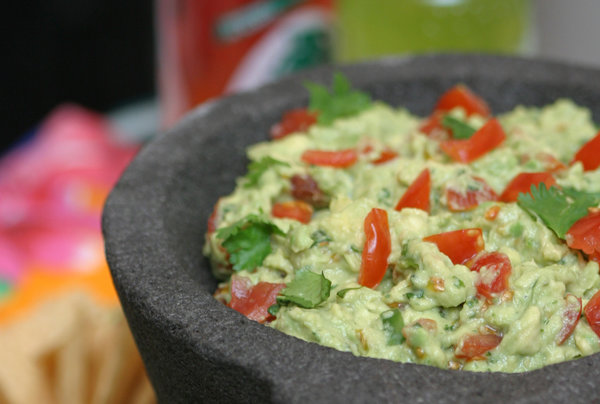 People have strong feelings about guacamole: Should it have lime or lemon? Garlic or onion? Both? We have seven recipes to argue about, including a classic version, one with fruit(!) and the recipe everyone loves to hate, but is actually delicious given the chance: guacamole with peas. Not into guacamole? There’s always salsa.

We may never agree on what constitutes a legitimate guacamole, but we can all acknowledge that Cinco de Mayo just isn’t Cinco de Mayo without margaritas. Here are seven ways to make the lively drink. This easy one Sam Sifton brought to The Times makes a big batch, while Rosie Schaap’s frozen version might give you a delightful case of brain freeze. This unexpected pomegranate horseradish margarita has plenty of sophisticated bite that pairs well with rich and spicy food. One reader described them: “High-drama cocktail not for the weak-gutted. We love them.” But, if margaritas aren’t your style, here are 14 other drinks to try.

Tacos are always a good choice, but we also have loads of great recipes for enchiladas, quesadillas, fajitas and nachos. Sam Sifton’s enchiladas con carne are a reader favorite, as is Amanda Hesser’s chicken version. For the laziest among us, try Sam’s New Mexican hot dish. It is absolutely not authentic, but it’s drop-dead easy. If you’re into sheet-pan meals, you can also make these fajitas or loaded nachos on one. If you have a bit more time to spend in the kitchen, try Lesley Téllez’s chicken flautas ahogadas.

Finish your feast with something sweet. We have many Mexican-inspired desserts to satisfy your sweet tooth, like tres leches cake (classic, mango, chocolate or bread pudding), flan, vegan Mexican brownies and, of course, churros. And everyone loves alfajores, little butter cookies filled with dulce de leche that are popular throughout Latin America. They go perfectly with a cup of spicy hot chocolate or a strong cup of coffee.