Owning more than one television and knowing each other’s phone passwords are the secret to a happy marriage, researchers claim

Owning more than one television and knowing each other’s phone passwords are some of the secrets to a happy marriage, researchers say.

A nationwide poll of 2,000 couples who have been married for ten years or more found 38 per cent profess to be ‘extremely happy’ together.

The research produced a range of tips. Knowing when to apologise and always being reliable came joint top of the list, with 46 per cent of the couples saying they were important.

Being diplomatic also ranked highly, with 42 per cent saying learning to ‘agree to disagree’ is key. 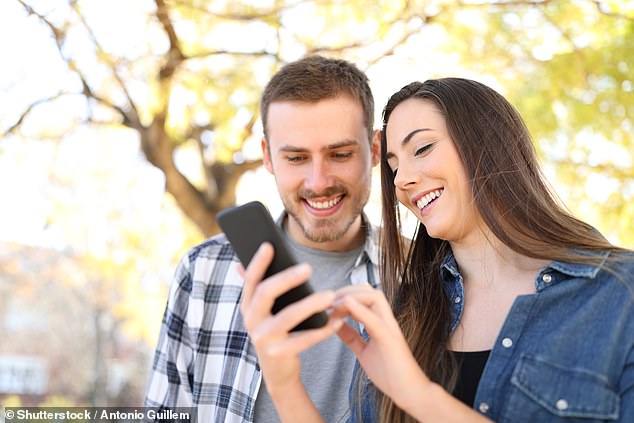 A nationwide poll of 2,000 couples who have been married for ten years found about a fifth of couples said not hiding your phone password was key to a happy marriage (file picture)

Separate hobbies, pets and Netflix accounts are also requirements of a successful marriage, according to those polled.

And sustaining physical affection is also vital, with 42 per cent claiming couples should always kiss goodbye, and 41 per cent believing kissing regularly is the secret to a good relationship.

Also on the list was really listening to your partner (38 per cent), never having secrets (34 per cent), and the classic never going to sleep on an argument (26 per cent).

And for about a fifth of couples, having more than one TV is key as well as not hiding your phone password. 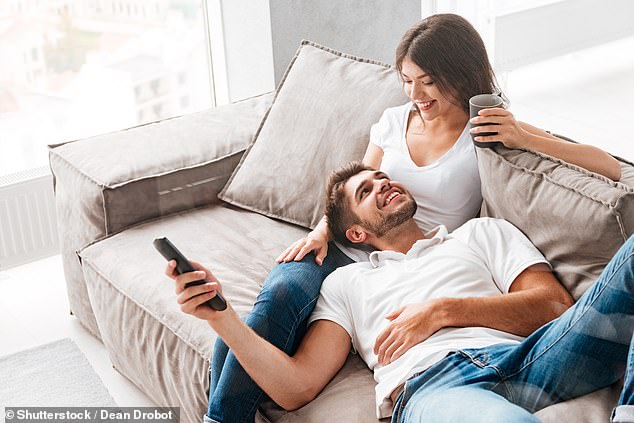 The couples said having more than one TV, separate hobbies and Netflix accounts were also requirements of a successful marriage (file picture)

Lorna Haddon of jeweller Beaverbrooks, who commissioned the survey, said: ‘We wanted to reveal exactly what constitutes a truly happy marriage.

‘Although many traditions have changed… some things will always stay the same when it comes to building a loving relationship.

‘Whether it’s saying “I love you” every day, or always finding time for your significant other – it seems there are a few key pointers that will help keep marriages happy and content for partners all over the UK.’