Given how hard it is to get into those universities, this would be the most phenomenal achievement for any school. 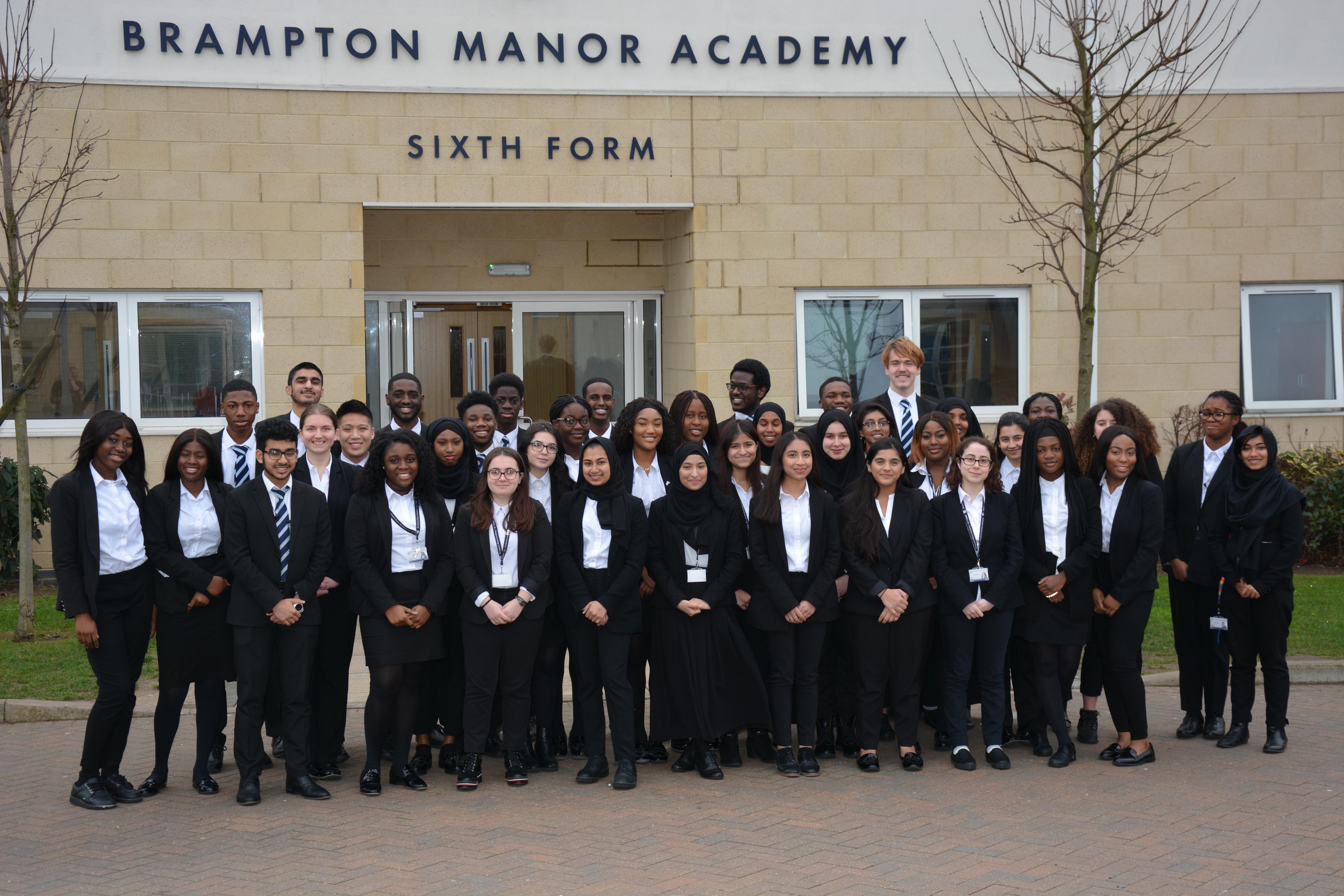 But Newham is one of London’s most deprived areas.

Two-thirds of these students will be the first in their family to attend uni and half have received free school meals.

This achievement is truly astounding.

When Sam Dobin, the head of the school’s sixth form, was asked if any school could do the same, his reply was so telling.

“Yes, if you believe in your students,” he said. What a powerful statement.

This school’s success is rooted in a couple of factors. It has a dedicated “study centre” open from 6am until 7pm.

The centre was opened after the school realised that some of their students who live in busy or chaotic households don’t have access to a quiet study space.

Role models are emphasised within the school, which has created a “university access team” featuring five full-time members of staff who are all Oxbridge graduates.

Quite apart from the academic challenges — the privilege and elitism surrounding the world of Oxbridge is so intimidating that even the brightest kids coming from ordinary households could easily conclude that they wouldn’t belong.

They take students to museums and find other ways to get them excited about study.

Their sole aim is to support potential candidates, from 11 upwards, to get into good universities. I often say you can’t help where you start but you can decide where you end up.

And this is a brilliant example.

This kind of success comes down largely to self-belief.

These children have been encouraged to visualise a very bright future for themselves, and to believe that they are worthy of it. And with that powering you, the sky really is the limit.

Which is why the story about a young woman called Liv Conlon, from Bothwell near Glasgow, also caught my eye.

Liv set up her first business at 13, importing goods from China and selling them online.

She used the money she made from that to start another company, called The Property Stagers, which furnishes empty homes and, after years of bullying, decided to leave school at 16 to run it full time.

Fire in my stomach

Liv is now 20. The company furnishes more than 300 properties a year, and she’s hired a team of ten people – including her mother and brother.

She’s also bought and renovated her own one-bedroom flat — all without the help from the Bank of Mum and Dad.

She believes being bullied every day at school for four years made her set on being a success.

“It made me more determined. Everyone who’s ever doubted my ability or capability or challenged that just put a fire in my stomach to go on and be better.”

An outstanding attitude and what a role model Liv is.

Nothing is more powerful than feeling irrepressible and the desire to cock a snook at the people who don’t want you to achieve.

Both these stories prove the same point: If you believe in yourself – and you are prepared to work hard – there is no limit to what you can do.

Yes, you need a bit of luck. But in my experience the harder you work, the luckier you get.

Mates are worth it

DJ Sara Cox said this week she has to “work at friendship” as she gets older, words that really resonated for me.

When you are young friendships are the backbone of your life and feel effortless. 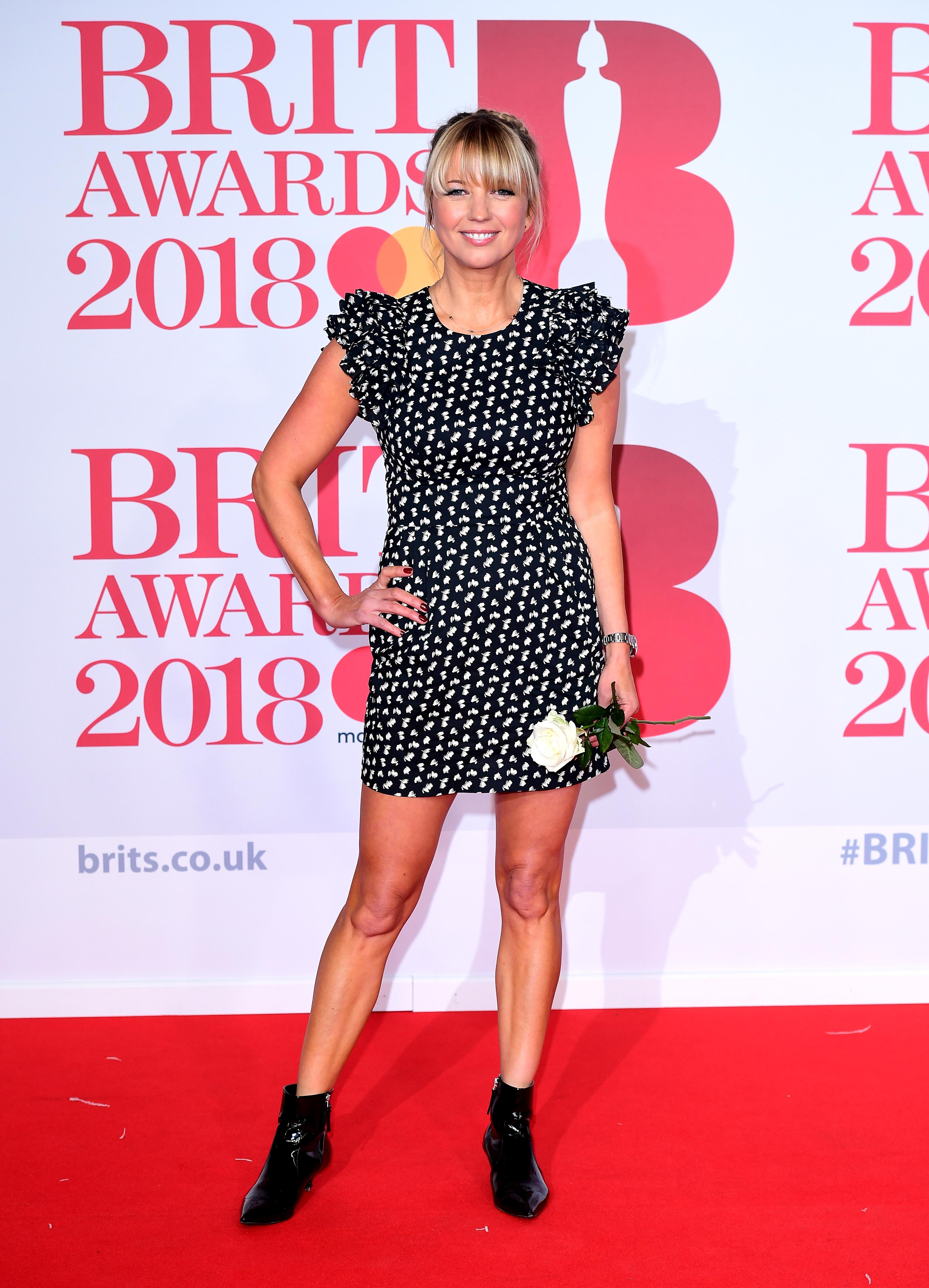 And if you aren’t careful you get boring.

I’m shocked at how easy it can be to reach a point where you don’t want to go out or do anything in your spare time.

But you know what? It’s so important to force yourself off the sofa every so often and have a laugh with your girlfriends. I just need to get Dry January out of the way first.

No wonder some envious people have been making mean comments.

Meghan has glided through the past few months with real dignity, while also looking a milllion dollars.

She is positively glowing. . .  something I never quite managed during pregnancy, despite all the promises.

Life after tennis for Murray

MY heart went out this week to Andy Murray, and the despair he so clearly feels that his body is letting him down and ending his career.

It’s a reminder that the toughest part of the job for sports stars is the end. And the higher you’ve flown, the bigger the fall. 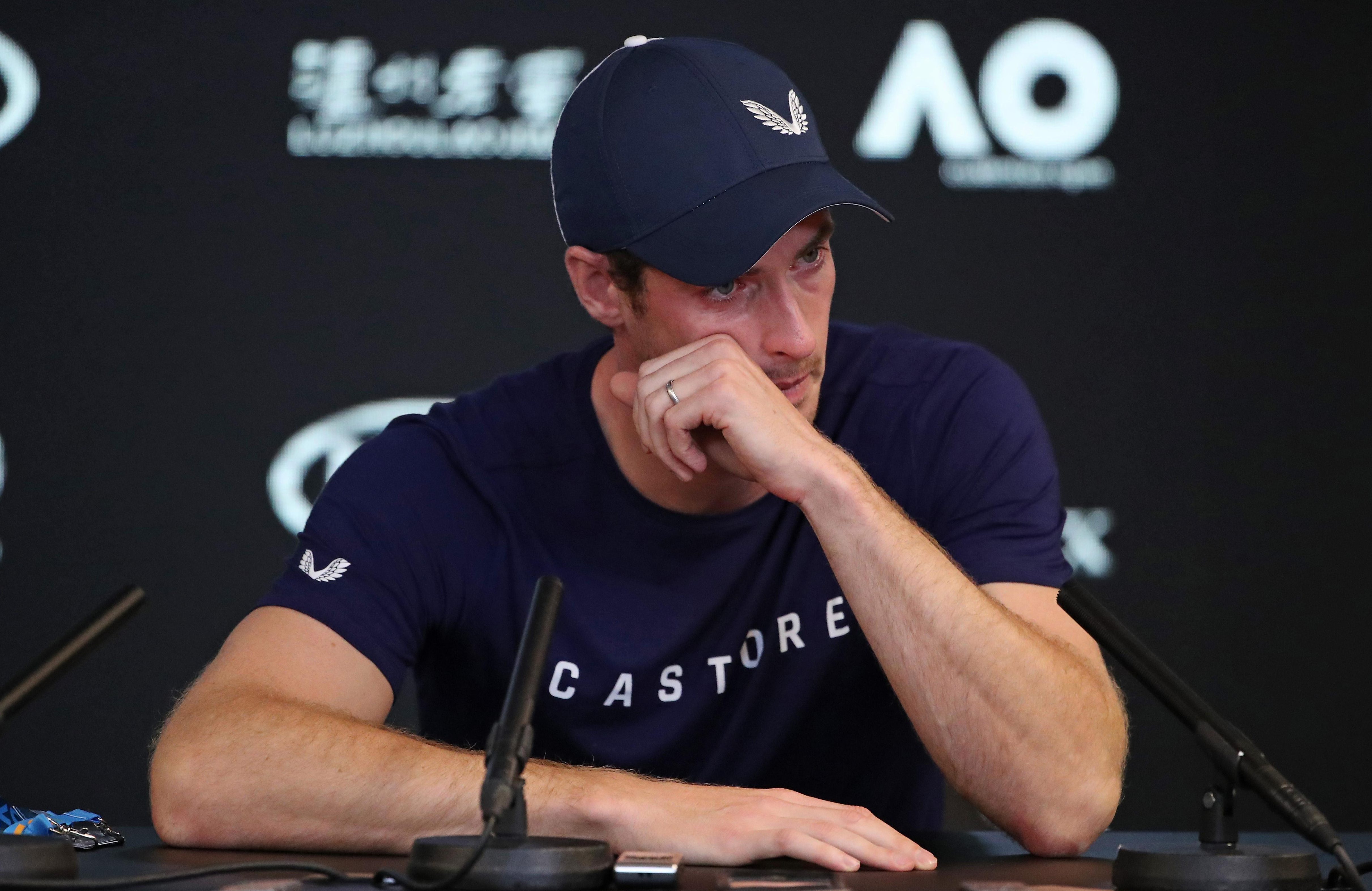 I had a glimpse of how it feels ten years ago when I sold my business and had a bit of a . . . lull, before the next thing happened.

During that time, I’d phone people up and when the receptionist asked me where I was calling from, my answer was, “Um, my living room.”

For the first time in my life I wasn’t being defined by my business or my job title.

The same will surely be true for Andy when he can no longer say that he is an international tennis player.

The difficulty for professional sportspeople on retiring is that, suddenly, everything you have been geared up towards and focusing on is not there any more. There is nothing so harsh as the realisation that you are no longer relevant.

I’ve seen this happen to a lot of footballers.

One day you are a revered player for a Premier League club where everything is done for you. The next you are on your own, trying to make your way in a not-always-friendly world.
Some former players become successful managers and TV pundits. Others don’t do so well. Just look at Paul Gascoigne.

In my view, people who cope are those who look forward not back. They look at what is happening in the next chapter, rather than who they once were.

Take John McEnroe who is a hugely successful TV pundit and author. He has capitalised on his success – and shared it. And I have a feeling that, when the pain subsides, Andy Murray will do the same.

HAS anyone else noticed how many news stories at the moment seem to be about people carrying and using a machete?

Why on earth would anyone need to carry a machete in England? We don’t live in a jungle, although it might feel like it at times.

The only way to stop this epidemic is to pass a law prohibiting the ownership of this type of weapon.

Anyone selling them on the internet for dispatch to this country needs to be issued with a UK arrest warrant and prosecuted.

NOT quite sure what is motivating everyone to take part in the so-called “Ten-Year Challenge” – where you upload a photo of yourself from ten years ago to social media, together with a recent one, we’ve mocked one up for Adele. 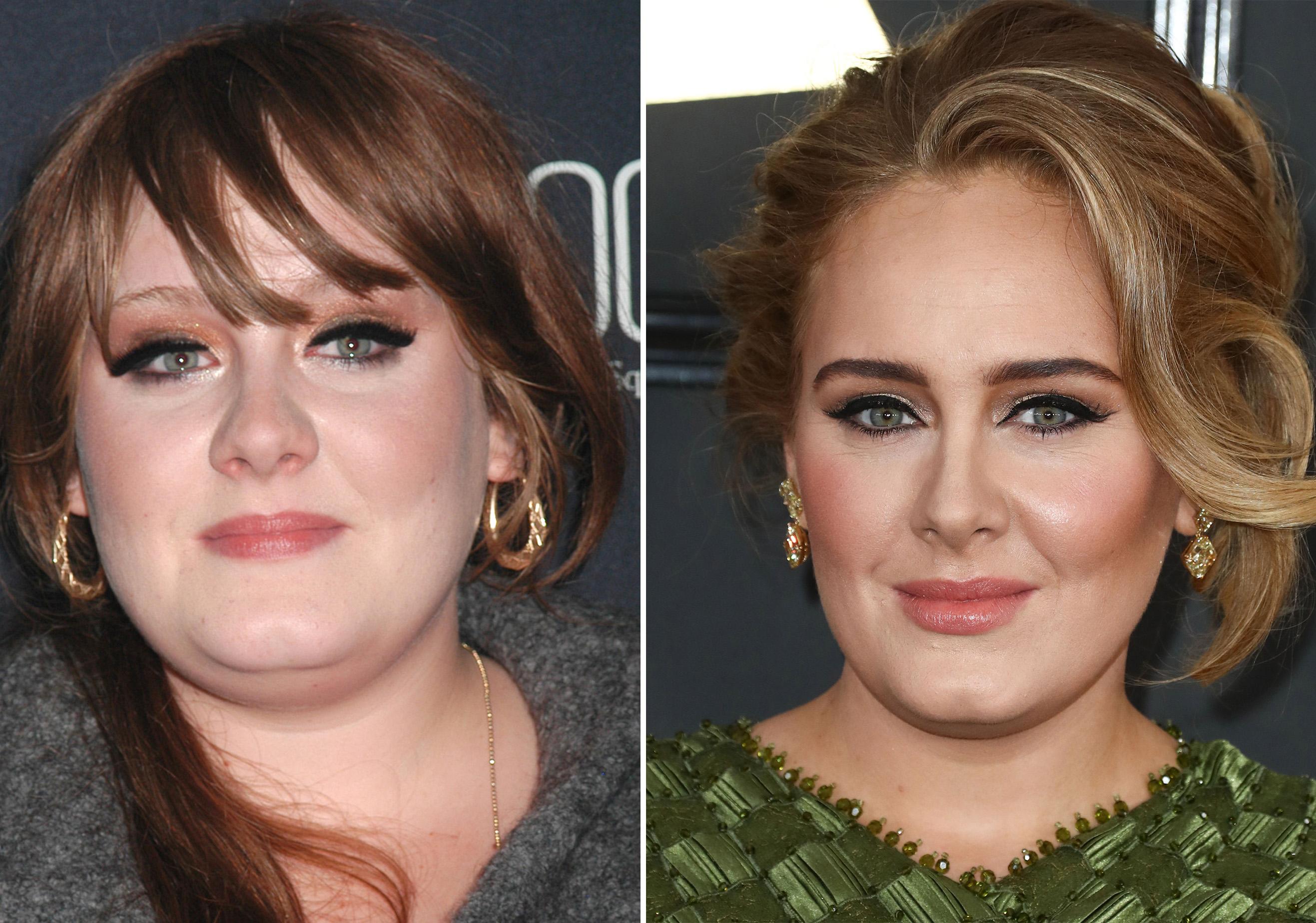 The only possible reason to do this, as far as I can see, is to say: “Haven’t I aged well?”
Anyone vain enough to take part in this challenge – which is probably just a ruse to help Facebook develop its facial recognition software – has probably used Photoshop to underline just how “young” they look now.