Paedophile, 19, used Facebook to groom grieving 13-year-old schoolgirl who was ‘feeling lonely following the death of her mother’ then took her to a hotel to try to have sex with her

A teenager who groomed a grieving schoolgirl on Facebook before taking her to a hotel in a bid to have sex has been branded a ‘danger to women.’

Ryan Currie, 19, trawled Snapchat and Facebook before adding the 13-year-old as a friend and claiming he was 16.

The youngster, whose mother had died shortly before she was contacted by Currie, travelled to a Premier Inn hotel in East Kilbride, Lanarkshire, with him but panicked when he discussed sexual activity.

She refused his advances and phoned a family member before police were called and Currie was arrested.

The girl later revealed she had agreed to meet him because she was ‘feeling lonely after her mother’s death.’ 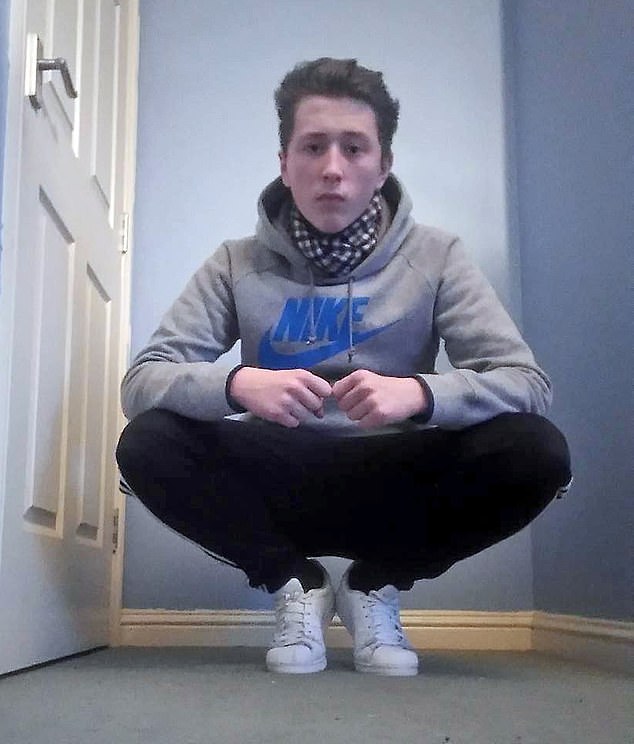 Ryan Currie, 19, trawled Snapchat and Facebook before adding the 13-year-old as a friend and claiming he was 16

Currie, from Glasgow, appeared at Hamilton Sheriff Court and admitted sending sexual messages and intending to engage in sexual activity with the girl at the hotel in January last year.

Prosecutors asked for him to be given a Sexual Offences Prevention Order (SOPO) after police said he was ‘a danger to all women under 16.’

Depute fiscal Lynn McFauld said: ‘Although she didn’t know the accused she believed his profile to be someone around 14 or 15 so decided to accept the friend request.

‘Agreement was then made to meet up in Glasgow to travel to a hotel in East Kilbride.

‘She asked her dad who said no because it was dark and he didn’t want her to leave the house, but she did and a missing person report was filed.

‘On a bus travelling to the hotel, they were involved in general conversation but it turned sexual and he touched her thigh, adding, ‘your dad is going to go mental because you’re going to get s*****d’, causing her to become uncomfortable and scared.’

The prosecutor said the victim sent her sister a photo of Currie from the hotel room – but her sister later rang to warn her he was 18, after she carried out a search on Facebook. 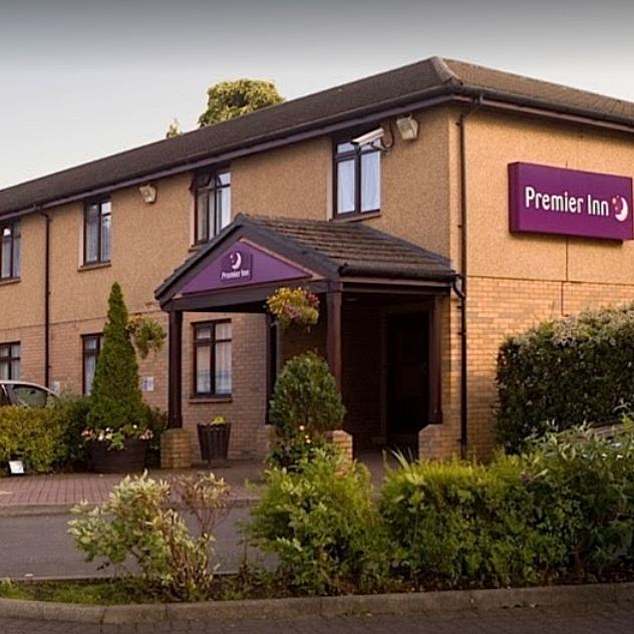 The youngster, whose mother had died shortly before she was contacted by Currie, travelled to a Premier Inn hotel in East Kilbride, Lanarkshire, with him but panicked when he discussed sexual activity

Ms McFauld added: ‘He had again touched her thigh and asked what underwear she wearing which made her feel worried.

‘She then left the room and went to reception and told the receptionist what was happening and the accused was asked to leave.

‘Police later detained the accused who did not answer questions but did state that he was a virgin.

‘When questioned by police the girl later said, “since my mum died I have been holding it in. I’m lonely” and that is why she decided to meet him.’

Miss McFauld added: ‘There is a report here from the police which states he is at risk of re-offending with females under the age of 16.

‘He pretended to be 16 to get her to converse despite knowing she was 13 and the definite outcome was clearly to have sex with her.

‘They’ve asked for this [SOPO] to be granted barring him having any contact or communications with under 16s unless it can’t be helped in the course of daily life.’

He will make a ruling on the SOPO order next month and has put Currie on the sex offenders’ register.