A couple who died after falling 30 metres down a cliff in Portugal while apparently trying to take a selfie have been identified.

Perth man Michael Kearns, 33, and his British partner Louise Benson died when they fell down the cliff at the seaside town of Ericeira in the early hours of Tuesday morning.

Their bodies were found by council workers who were sweeping the beach. 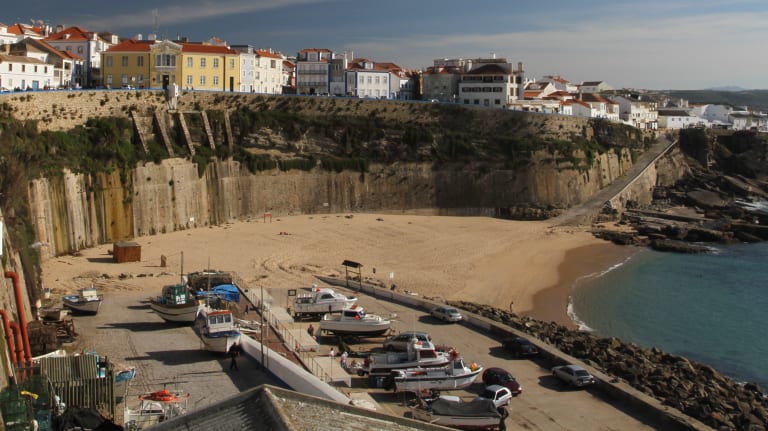 The pair died after falling from the cliff top at Pescadores Beach in Ericeira, Portugal.

Rui Pereira da Terra, a rescue service captain in the port of Cascais, said he believed the couple fell while trying to take a selfie.

"We found a mobile phone [at the bottom of] on the sea wall which indicated they might have been taking a selfie when the phone fell – they leaned over to get it and fell," he said. 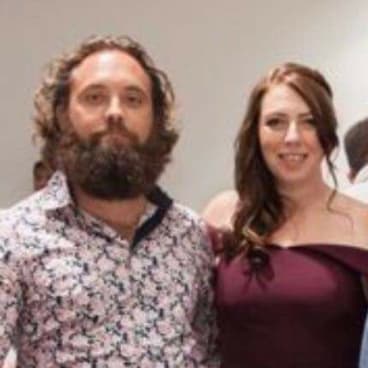 The couple who died in Portugal have been identified as Michael Kearns and Louise Benson.

Belongings were found at the top of the wall, local media reported, and their death was not being treated as suspicious.

On Wednesday the Department of Foreign Affairs and Trade confirmed it was providing consular assistance to the family of the Australian, and had been in contact with its British counterpart over the death of the second person.

“The Department has been in contact with the British Foreign and Commonwealth Office regarding the other person who died in the incident,” a spokesperson said.

Mr Kearns’ mother told PerthNow the couple, who lived in Perth, had been holidaying overseas since January, and had been in Portugal for a friend’s wedding.

She said she was informed about her son’s death about 1am on Wednesday, and was later visited by local police.

Kathy Kearns posted on Facebook: "It is with a heavy heart I have to announce that Michael and Louise were taken from us in a tragic accident in Portugal. Will be greatly missed by all of us who love them".

Ms Benson worked for Sea Shepherd in Perth, and she and Mr Kearns were both keen divers.

It's believed the pair fell between 1am and 6am on Tuesday local time.

Their bodies were taken to the National Legal Medicine Institute in Lisbon, and autopsies will be conducted.