London: The Duke and Duchess of Sussex have thanked the well-wishers who took part in their marriage celebrations as they released three official wedding pictures.

Prince Harry and the former Meghan Markle, who wed on Saturday during a moving ceremony that reflected the diversity of modern Britain, are said to be feeling "so lucky" to have shared their big day with the thousands gathered in Windsor.

In one of the wedding photos, taken by Alexi Lubomirski, Harry and Meghan are pictured with the Queen, Duke of Edinburgh, Prince of Wales, Duchess of Cornwall, the Duke and Duchess of Cambridge, the bride's mother Doria Ragland and the young bridesmaids and pageboys, including Prince George and Princess Charlotte. 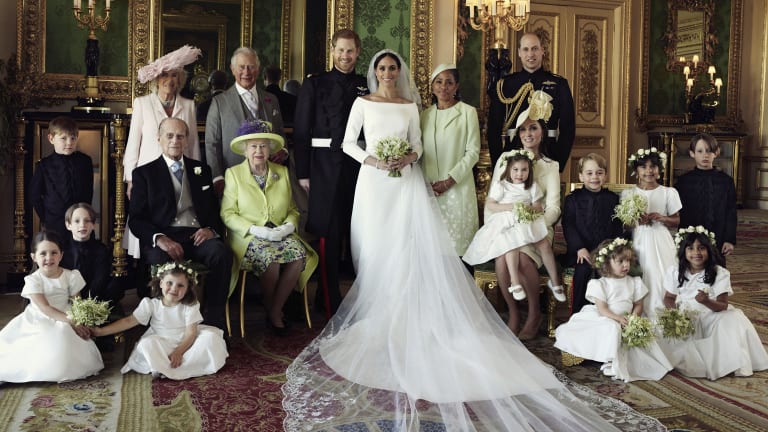 A second image shows the Duke and Duchess of Sussex, as they now are known, just with the children. 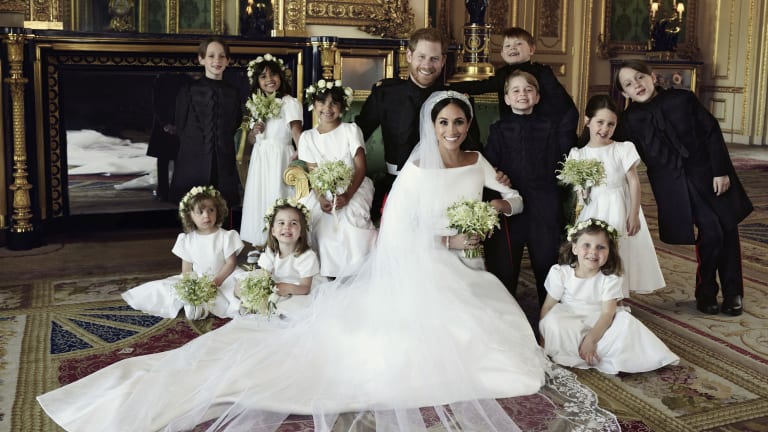 The Duke and Duchess of Sussex with the children involved in the wedding.

The newlyweds also posed for a less formal black and white photo. They are shown in a romantic pose on the east terrace of Windsor Castle still basking in the excitement of their wedding. 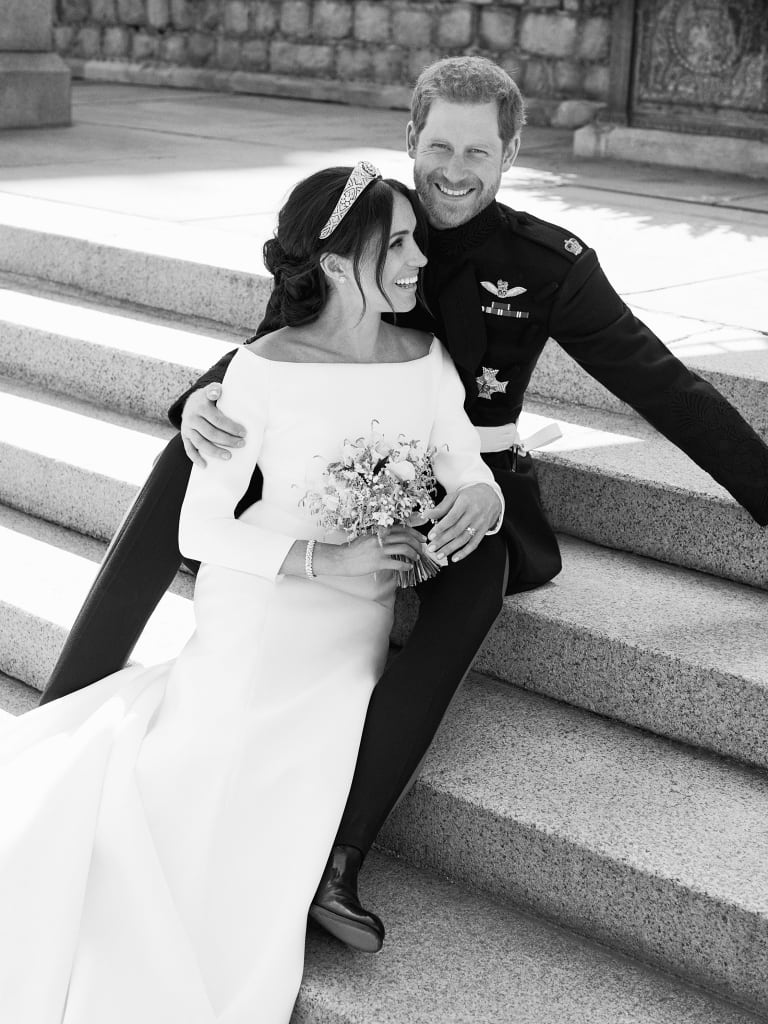 The couple posed for a less formal photo.

"The Duke and Duchess of Sussex would like to thank everyone who took part in the celebrations of their wedding on Saturday," a Kensington Palace spokesman said on Monday.

"They feel so lucky to have been able to share their day with all those gathered in Windsor and also all those who watched the wedding on television across the UK, Commonwealth and around the world.

Lubomirski, who attended the wedding as a guest with his wife, took the couple's engagement photos as well as the wedding portraits.

The fashion photographer, who was raised in England and Botswana with his Peruvian mother and English stepfather,  rose to promience becoming Mario Testino's photography assistant.

He attended posted on Instagram: "It has been an incredible honor and privilege to document the Duke and Duchess of Sussex's inspiring journey of love, hope and family; from the engagement photos, all the way through to the official wedding and family portraits on Saturday. This has been a beautiful chapter in my career and life, that I will happily never forget. Thank you to everyone at @kensingtonroyal and @theroyalfamily."