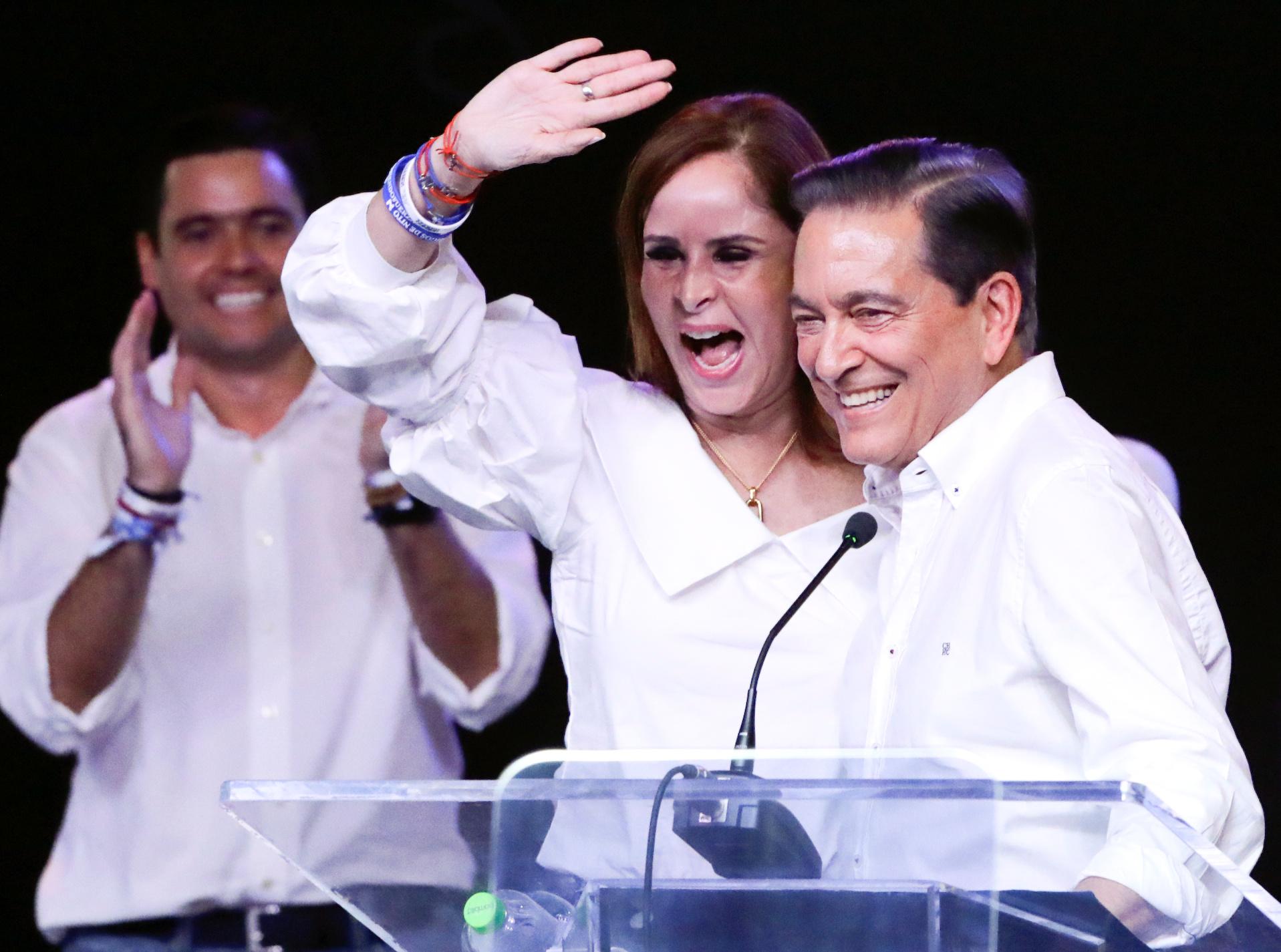 In his victory speech, Cortizo called for national unity, after winning 33.2 percent of the vote with the Central American country divided about its choice in the one-round election.

“Panama won today, and today more than ever, Panama needs to join forces,” the former agriculture minister told cheering supporters in the midnight speech at his campaign hotel.

During the election campaign Cortizo vowed to clean up politics after the isthmus nation’s image was tarnished by a corruption scandal involving Brazilian engineering firm Odebrecht, and the Panama Papers leak of millions of documents detailing tax evasion by the rich and powerful.

“Panamanians don’t want, or merit, and won’t put up with more of the same,” Cortizo added. “The chaos is over. Public funds belong to the public, and they are sacred.”

Cortizo takes office on July 1 and has signaled his desire to balance relations with Washington and Beijing.

His nearest rival Romulo Roux received a sliver over 31 percent of the vote according to preliminary results from the electoral tribunal, with five other candidates taking the rest.

Roux was reluctant to concede defeat on Sunday, saying he had found some irregularities in ballots in some voting areas.

“We’re really upset by the situation,” Roux said, but stopped short of saying he had won.

By Monday morning other countries were congratulating Cortizo for his victory, including the Mexican government.

The 66-year-old’s children have U.S. passports and Cortizo flies to Austin each year to watch college football team the Texas Longhorns. His daughter said her father had long dreamed of being president.

Cortizo told Reuters on Sunday he was eager to improve relations with Washington.

Varela, who was barred by law from seeking immediate re-election, congratulated Cortizo in a call broadcast live in an apparent bid to show stability after the tight result.

No election in Panama has produced such a finely-balanced outcome since the 1989 restoration of democracy that followed the U.S. invasion to topple dictator Manuel Noriega.

The atmosphere was tense at the hotel where Cortizo supporters gathered to await their candidate, holding his Democratic Revolution Party’s (PRD) red, white and blue flags.

They broke into cheers of “Nito, Nito, Nito!” after the electoral tribunal called with the news.

Roux, 54, who worked at the authority that governs the canal and was foreign minister under former president Ricardo Martinelli, posted on Twitter shots of ballot tallies he said were miscounted, as evidence of irregularities.

He said he wanted to see all the tallies before accepting a result.

Opinion polls ahead of the May 5 election had made Cortizo a strong favorite, but both Roux and anti-establishment candidate Ricardo Lombana performed better than forecast. 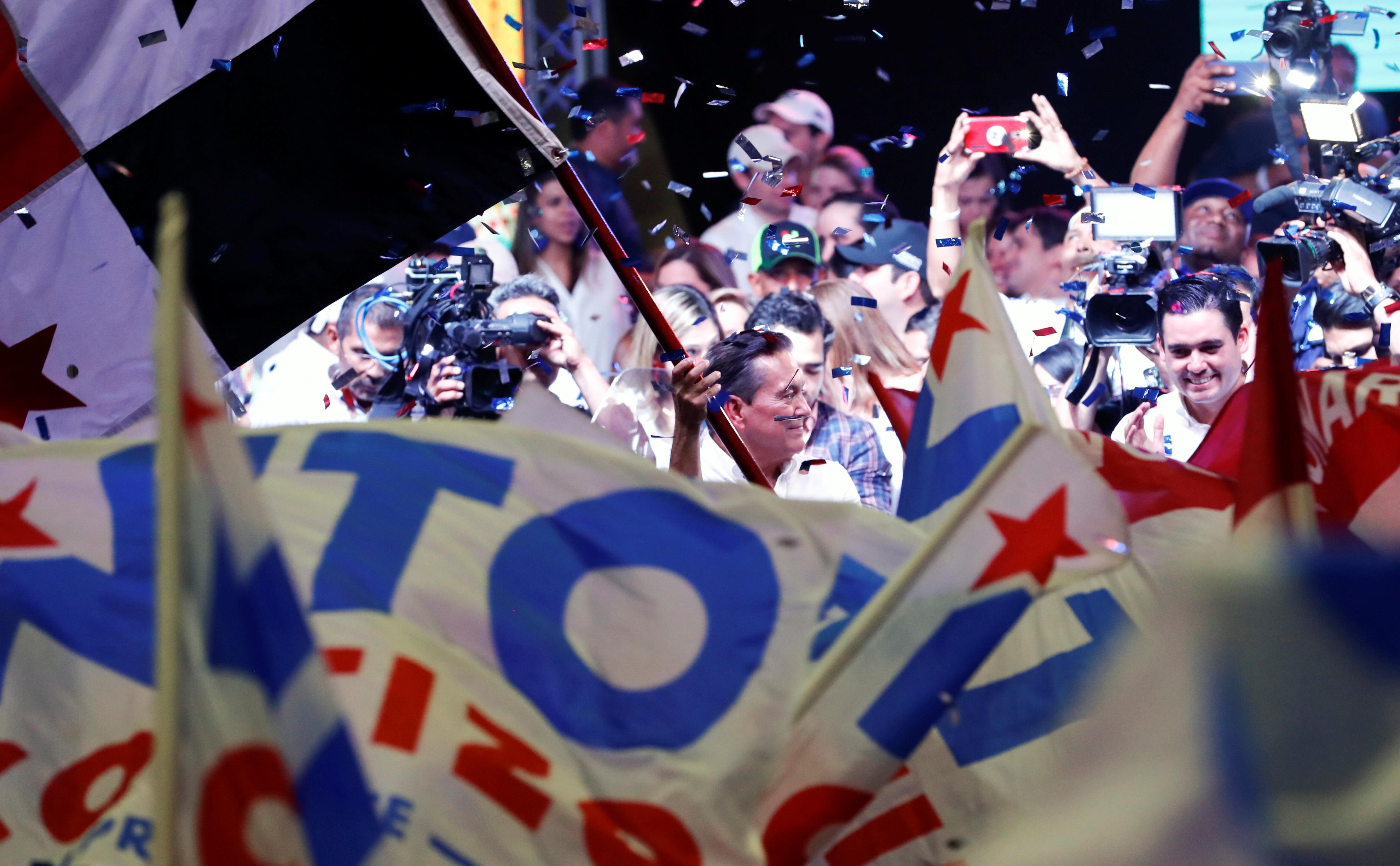 “In part, it’s been a surprise, but in the end, the Panamanian people have made the right decision,” said Tomas Vega, a PRD candidate for Congress.