Asuncion: The candidate from Paraguay's ruling Colorado Party easily won Sunday's presidential election, according to official results with 50 per cent of ballots counted, pointing toward another five years of pro-business policies in the major soy producer.

Mario Abdo, a 46-year-old former senator who campaigned on an anti-corruption platform, clinched 47.3 per cent of the vote, according to the country's elections tribunal. 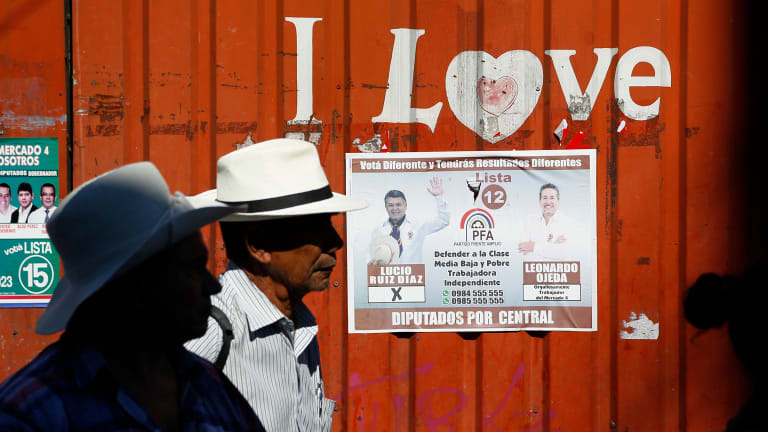 Abdo supports current low-tax policies aimed at stimulating foreign investment and agricultural production in the world's No. 4 soybean exporter and a major supplier of beef.

His main rival, Efrain Alegre, a lawyer from the center-left GANAR coalition Alegre, trailed with 42.2 per cent.

Abdo set the stage for governing with a minority in Congress by calling for dialogue with opposition parties. He has promised to fight pressure to raise taxes despite calls from the opposition for a levy on soybean exports.

Outgoing president Horacio Cartes, who tried but failed to change the constitution to allow him to seek a second term, won a Senate seat in Sunday's vote.

Abdo is the son of the late private secretary of dictator Alfredo Stroessner, who ruled Paraguay with an iron hand for 35 years. Abdo, who was 16 when Stroessner's regime ended, vowed before the election to respect human rights and democratic institutions if he won.

"I am going to lead a wide national dialogue," Abdo told reporters before casting his ballot. Later he visited the tomb of his father, as he did on the day of the primary election in December when he won the nomination of the Colorado Party. 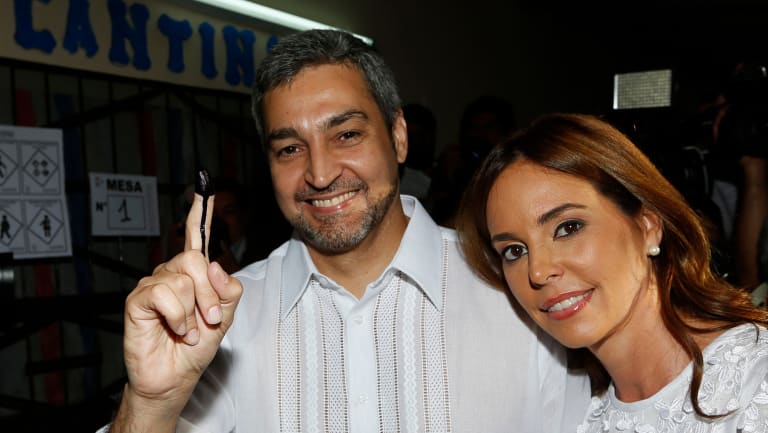 Abdo's conservative policies and family history were a concern to some voters who have doubts about his commitment to clean up government.

"This is a country of corruption and until we end that we will not move forward. Mario Abdo is a son of the dictatorship and I do not think he will govern well," said Edgar Gonzalez, 45, on his way out of his voting station in a high school in the upper-middle-class neighborhood of Trinidad in Asuncion.

Grains-dependent Paraguay, a South American nation of 7 million people, produced more than 10 million tonnes of soy last year and is trying to attract investment needed to reach its goal of 20 million tonnes by 2028.

Polls say Abdo's party is likely to lose some of the 20 seats it has in Paraguay's 45-member Senate, which last year debated a bill to slap a 10 percent tax on soybean exports.

"The push for an export tax will intensify after the election, which is likely to see the empowering of the Frente Guasu, a major proponent of the initiative, and a party which is expected to substantially increase its presence in Congress," said Thomaz Favaro, an analyst for consultancy Control Risks.

Abdo may have to support the export tax to safeguard other parts of his investment-friendly agenda.

"Uncertainty over the level of taxation for the agriculture industry will thus likely persist in the short-to-medium term," Favaro said.