A PARALYSED dad-of-four broke down in tears after 60 volunteers transformed his home in a DIY SOS-style makeover.

Rob Lamb suffered a severe spinal cord injury when he fainted due to low blood pressure at home in October last year. 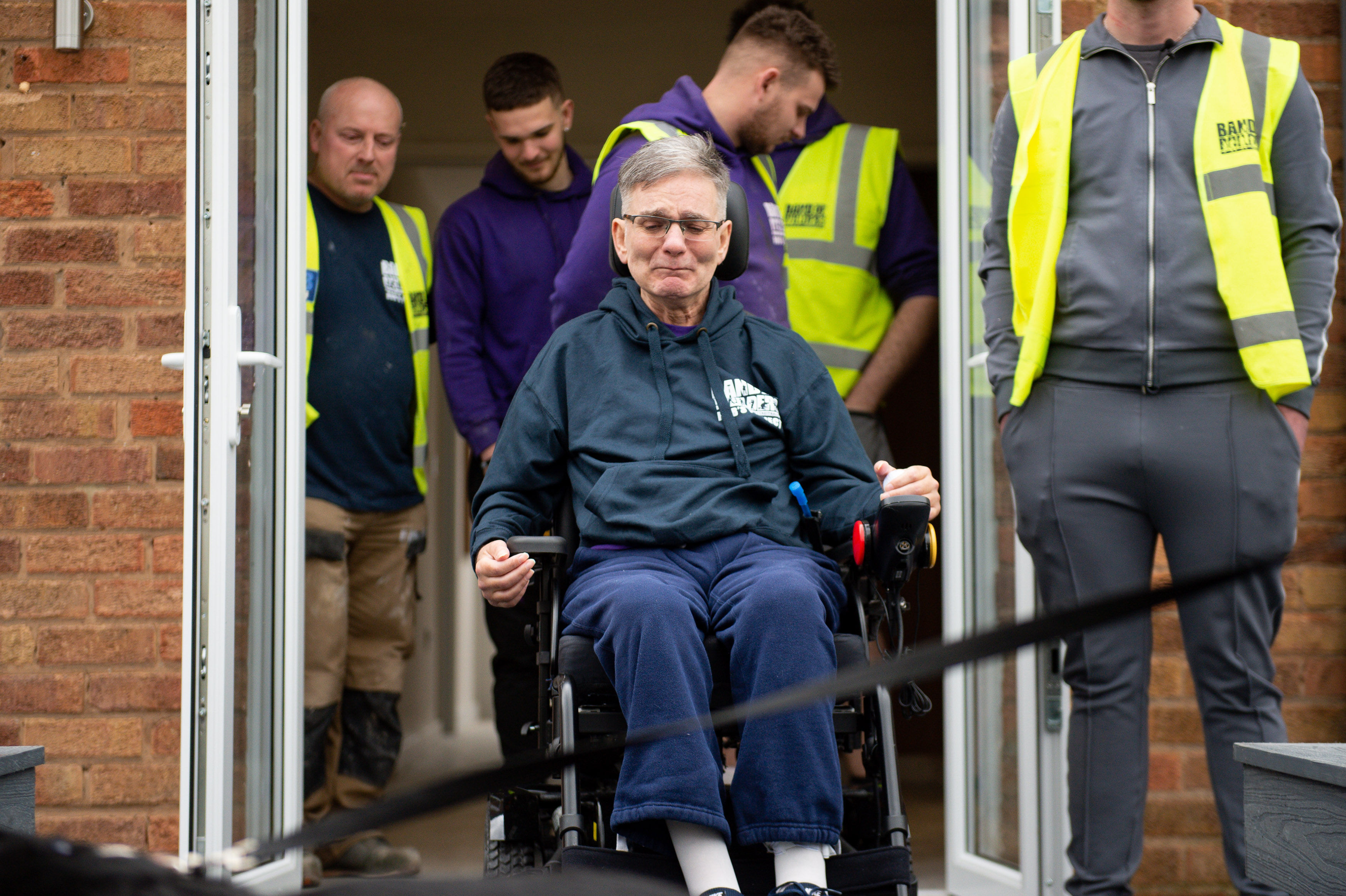 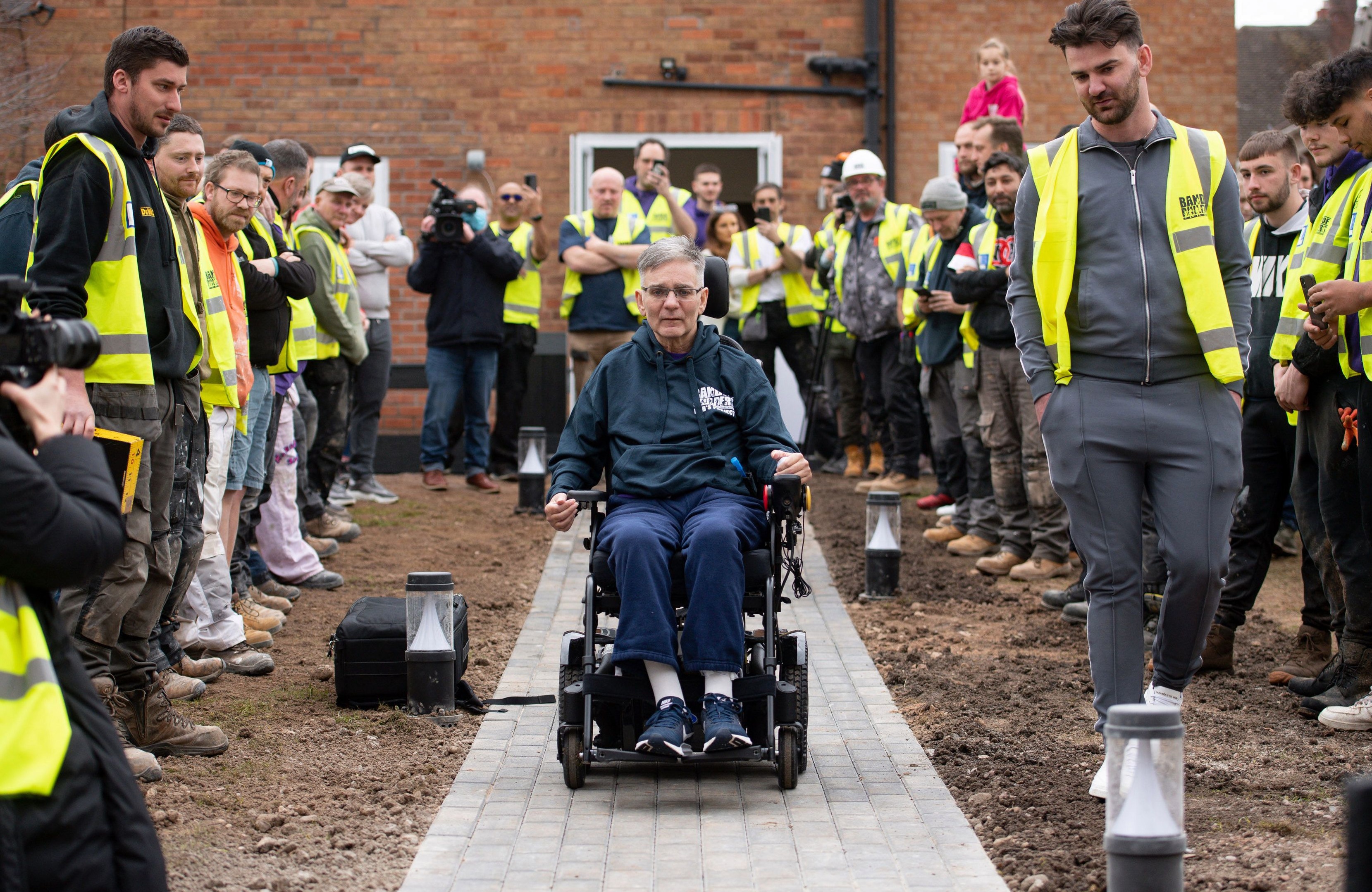 The incident left the 58-year-old paralysed from the chest down, with the quantity surveyor spending months recovering at a rehabilitation centre in Oswestry, Shropshire.

But before he could return to his home in Solihull, near Birmingham – where he has lived for 25 years – the property needed specialist adaptations so he could live there safely.

After hearing about his situation, national construction charity Band Of Builders stepped in, with volunteers surprising Mr Lamb by completing essential alterations in little over a week.

And Mr Lamb today saw their work for the first time, leaving him stunned with their kindness. 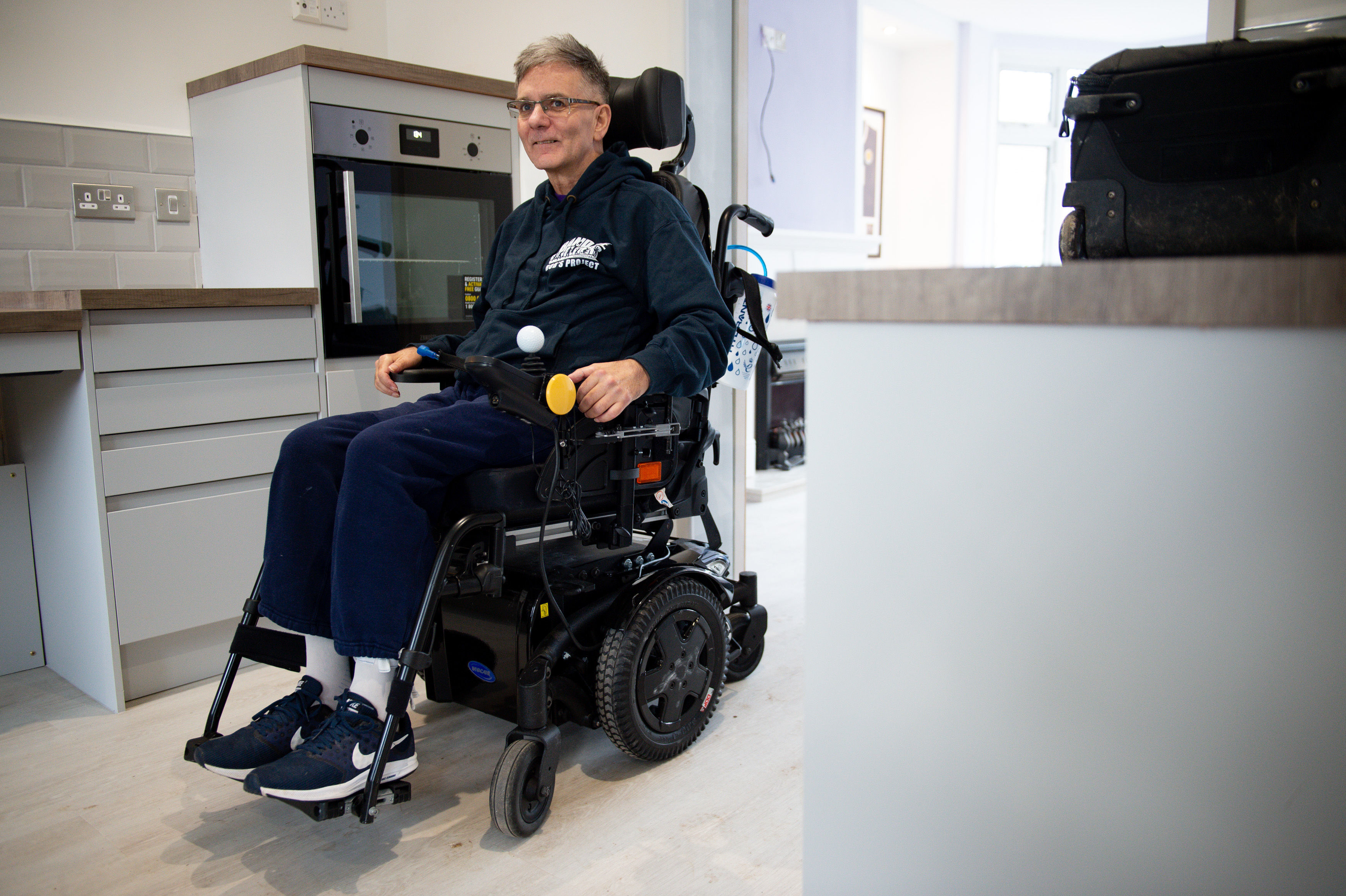 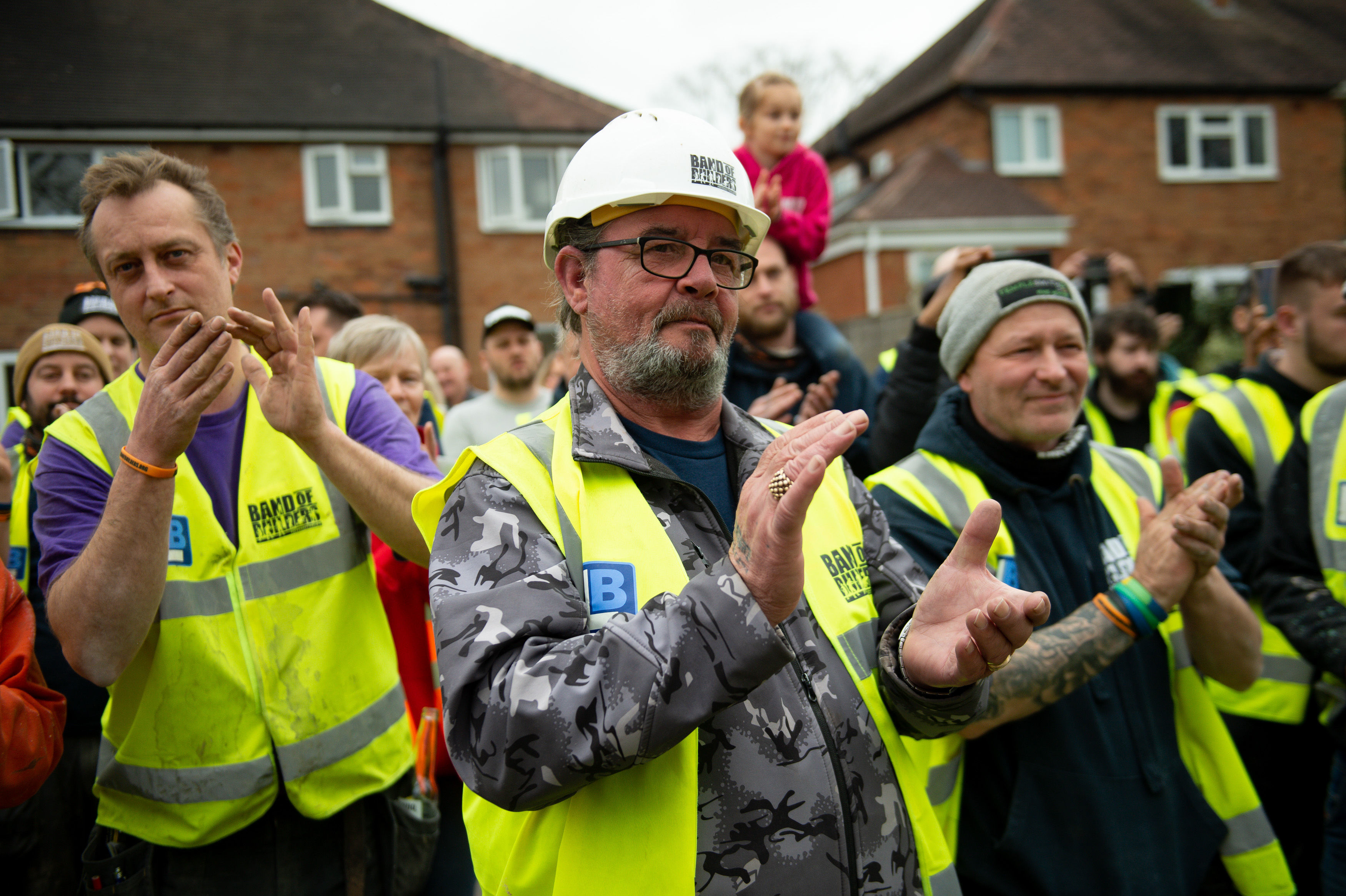 He broke down into tears as he entered his newly adapted home as he told reporters that “he couldn’t believe it.”

After reviewing the finished article, Mr Lamb said: "It's going to make my life so much easier.

"I am surprised at how much has been done really."

He added that he was worried before coming home about "how difficult life would be" but the overhaul had made him "really happy".

Getting emotional, he said it was "just brilliant" that so many volunteers, neighbours and strangers had come together to give him and his boys a helping hand at such a difficult time – and in the middle of a pandemic.

He added: "It's at times like this, you see how many good people there are in this world. I think I've met a lot of them today. 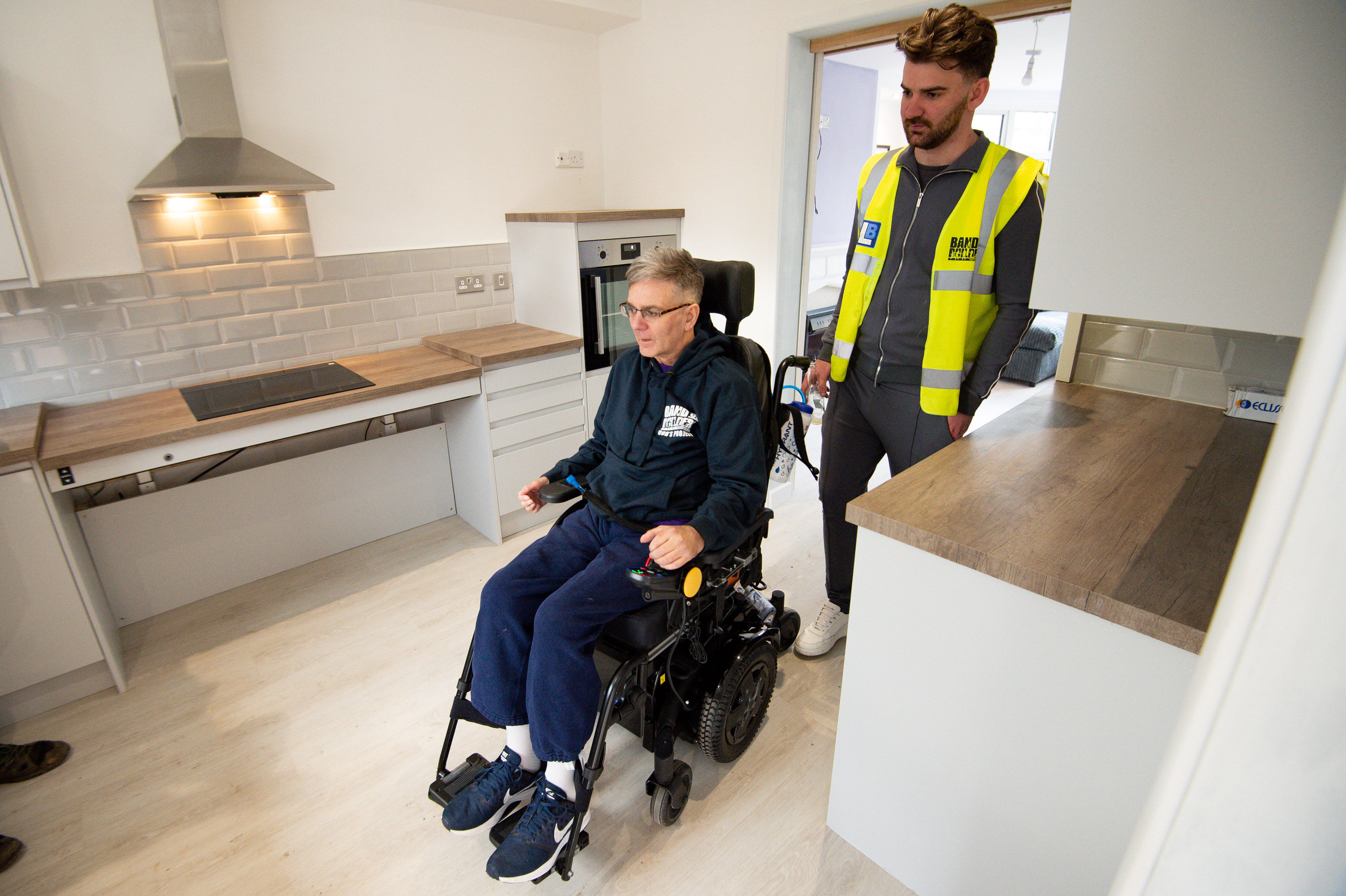 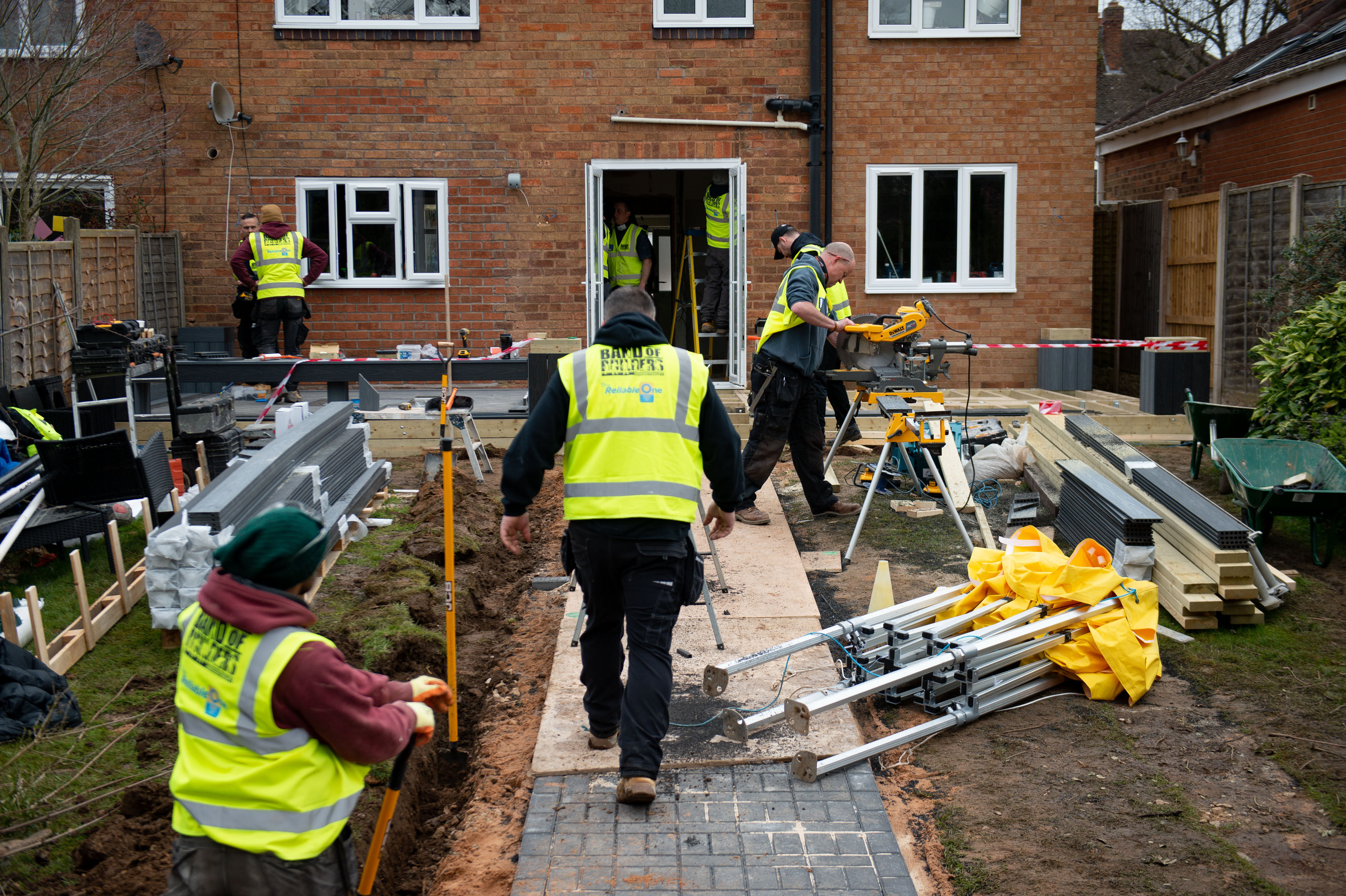 "I want to thank the builders for everything they've done.

"I haven't seen anybody for five or six months, other than nurses, doctors and other patients, but to see so many people gathered together, taking time to welcome you home, is great.

"I thought I would have to go into a care home first, but to come straight home to my own house is just brilliant.

"Everybody worked so hard, the nurses and carers, to make sure I could get out today, to be here with you guys – they've just been top-notch."

“It’s just surreal, it's fantastic. I just can’t believe everythings been done in such a short period of time. Everything’s just top notch.”

Mr Lamb, who was widowed when his wife, Julie, died suddenly in 2017, lives at the house with sons Callum, Gavin and Mackenzie – who plays for West Bromwich Albion's youth team.

Gavin said the changes were "amazing to see", adding that they were excited to have their father back home so he could enjoy the space and not have to worry. 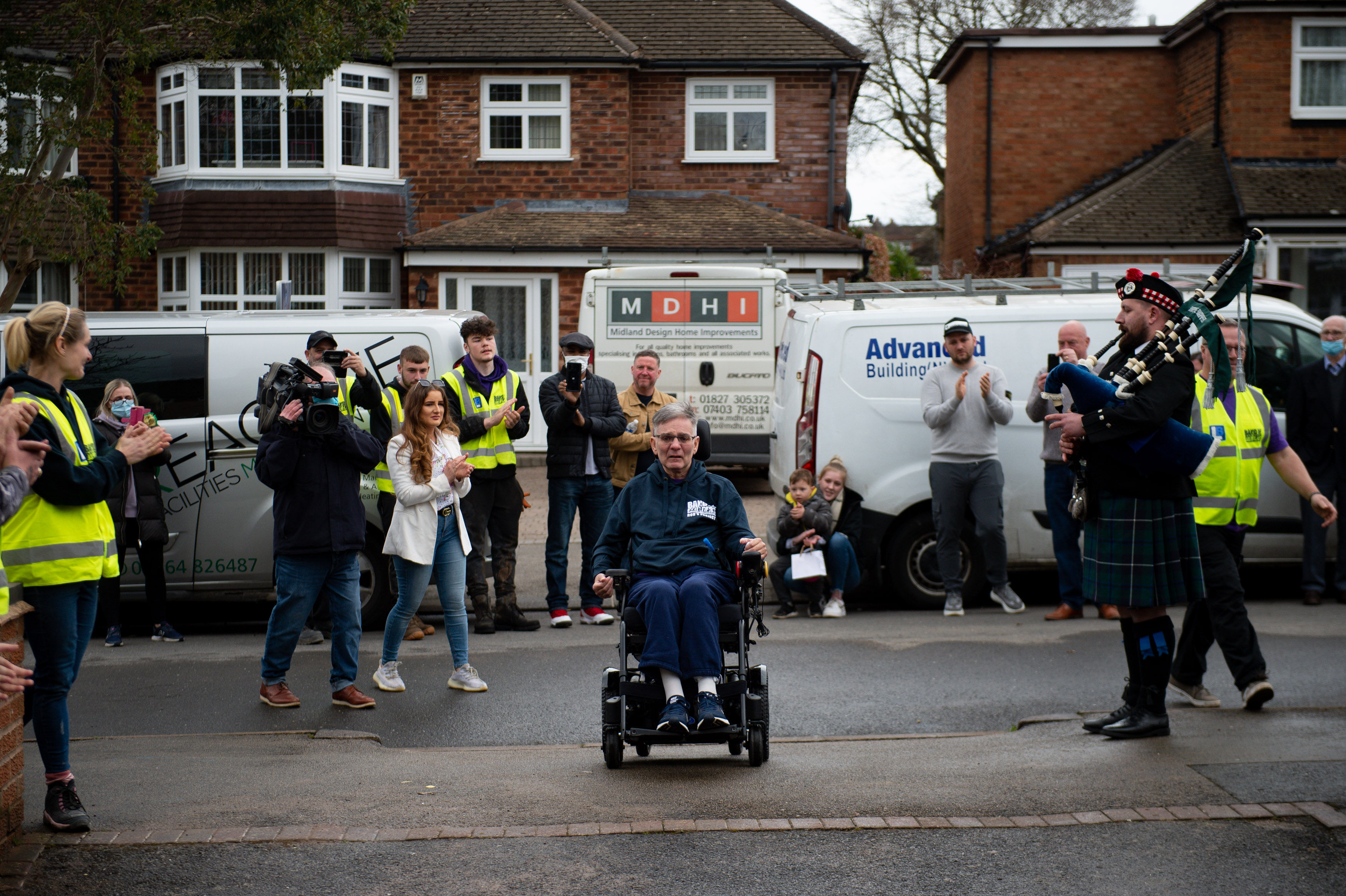 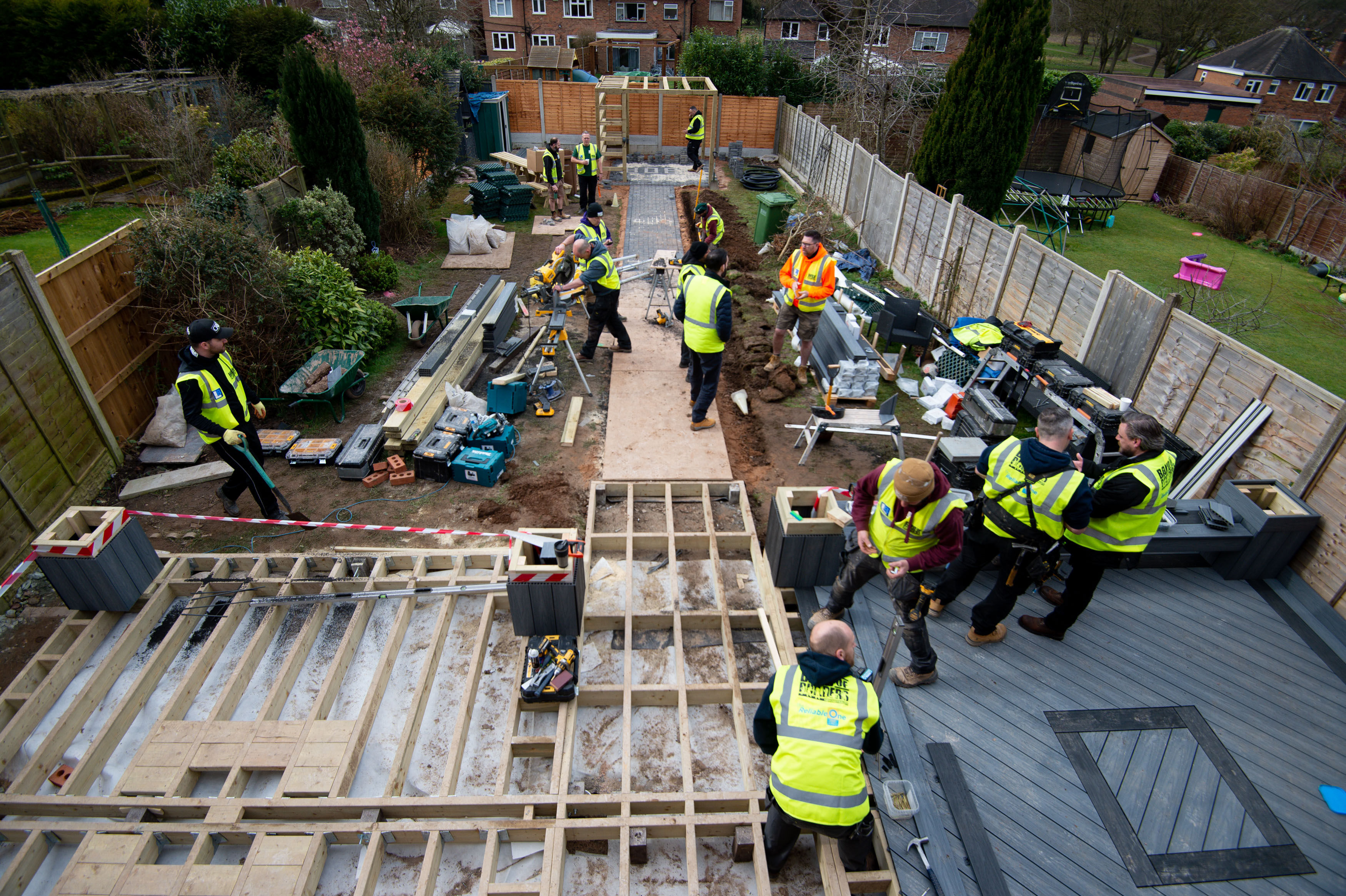 Praising the volunteers, he added: "These guys stepped in – were we left on our own, we wouldn't have even known where to go.

"A lot of them are doing this because they've been through things that are similar."

The charity helps people in the industry battling illness or injury, through practical projects.

Volunteers give up their time free of charge, while materials are donated by building firms, with Mr Lamb's project sponsored by Tarmac Blue Circle.

Craig Cashmore, who led the build with fellow volunteer Tim Winch, said Mr Lamb's accident had made his house "completely inaccessible", and the aim had been to get life back to "as normal as possible" for him.

"Even going into the back garden, where there's new decking for him and a slope down to the pergola, so he can enjoy a bit of the garden."

He added that, had the build been done privately, it would have taken more than a month.

"None of us are doing it for payment," said Mr Cashmore.

"We'll all work together to get it finished in time for Rob."

A team of 60 tradespeople from across the country worked for eight successive days, from March 13 to Sunday.

"He can't come home, because if he comes home, he can't go anywhere, can't use the house, so we've been trying to get it done as quick as we can – in lockdown as well," Mr Cashmore went on.

"The feeling you get between everybody working here is fantastic, you couldn't buy it."

He added that neighbours had also chipped in with cups of tea, "feeding us and watering us".

The Lamb family presented the charity with a cheque for £10,000 as a thank you for the volunteers' hard work, which will help make sure other life-changing projects can go ahead in other parts of the country.