A blunder in a parish magazine saw a village hall packed with people expecting to meet Fern Britton but met with local DJ Emma Britton instead.

Residents in Felton, Somerset – which has a population of just 600 – were delighted when the monthly newsletter announced the This Morning host would be coming along to talk to the village women’s group.

But locals were left bemused when the actual guest arrived – and it turned out to be Emma Britton from BBC Radio Bristol’s Breakfast Show. 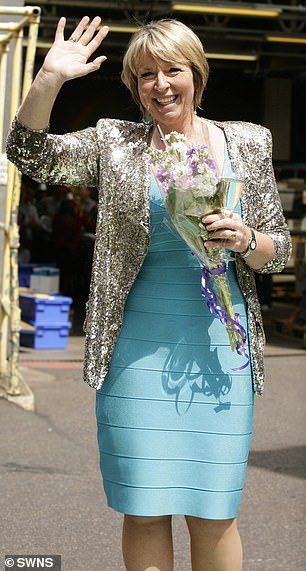 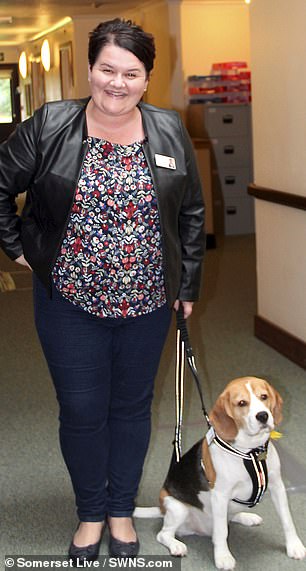 Residents had expected Fern Britton (left) to come and give them a talk, so were bemused when they met Emma Britton

The magazine said: ‘This month we have Fern Britton coming to tell us about her ‘somewhat unusual journey into broadcasting’.

‘We have invited the Winford Tuesday Group to join us so it will be very good to have a joint meeting. As ever we welcome any visitors who would like to come and meet her.’

Emma saw the funny side and tweeted on Tuesday evening about the mistake at Felton Village Hall in Winford, Somerset.

She wrote: ‘Just turned up to do a talk. Apparently there was a mis-print in the village magazine. Everyone thought Fern Britton was coming. Awkward! (It’s packed).’

Emma tagged her television namesake in the Tweet and Fern responded, writing: ‘Congratulations! So funny. I love.’

The 61-year-old also retweeted Emma’s Tweet to her 53,000 followers, writing: ‘I know how you feel. Usually they think I’m Fearne Cotton.’ 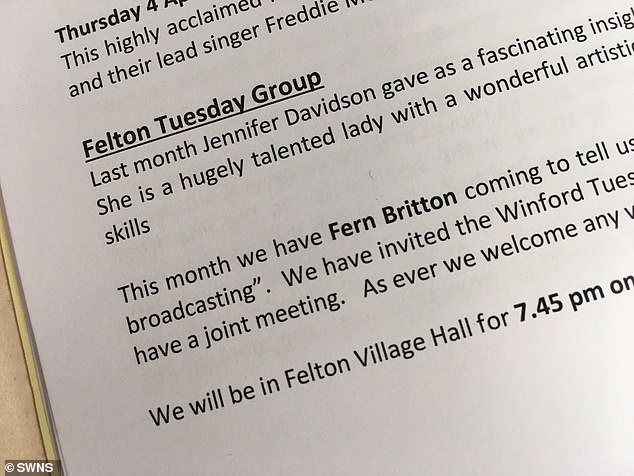 The magazine said: ‘This month we have Fern Britton coming to tell us about her ‘somewhat unusual journey into broadcasting’

Emma also admitted the mix-up on her BBC Breakfast Show this morning, telling listeners: ‘Something quite embarrassing happened last night.

‘I turned up at Felton Village Hall to give a talk, and it’s really busy in there. And the woman who meets me says, ‘It’s so much busier than we thought’.

‘But then I found out why. Apparently, they admitted, that in the village magazine, when they advertised the talk, there was a small typing error. It said Fern Britton.’

Laughing loudly, Emma added: ‘I think half the village turned up, because they thought Fern Britton was coming. I hope they weren’t disappointed.’

The radio presenter thanked everyone she met at the Tuesday Group, saying on-air: ‘I had a lovely evening, despite the mix-up about Fern.

‘Bit awkward, but Fern’s alright about it,’ she joked.

And responding to Emma’s Tweet, people on social media thought the mix-up was ‘hilarious’.

Skydivingmum wrote: ‘Absolutely hysterical. Though I would rather have a talk from you any day Emma.’

Fellow BBC journalist Alexandra Bassingham responded: ‘That is brilliant. Mate, you’ve made my night. And I know they will love you 100%.’

James Healey added: ‘Genuinely laughed out loud at this.’

And Julie Chivers commented: ‘Haha, I’m sure no-one will be disappointed. Both super special girls.’