‘Pathetic’ mugger, 61, who ‘destroyed’ a 98-year-old grandmother’s life when he hurled her to the ground and snatched her handbag in a Marks and Spencer café is jailed for two years

A heartless mugger ruined a 98-year-old’s life when he hurled the 4ft 6in grandmother to the ground and snatched her handbag in a Marks and Spencer cafe.

Martin Spencer was caught on CCTV sneaking up on the vulnerable 98-year-old victim and grabbing her purse from her trolley – as she sat in the cafe at an M&S Foodhall alone.

The ‘pathetic’ 61-year-old targeted the elderly woman who was waiting for relatives to fetch her some groceries at the store in Canterbury, Kent. This week, he was jailed for two years.

Spencer thought his victim would be an ‘easy target’ when he grabbed her bag from her shopping trolley and told her, ‘I need this, I’m unemployed.’

But the brave pensioner tried to cling onto her bag and was knocked to the ground during the struggle. 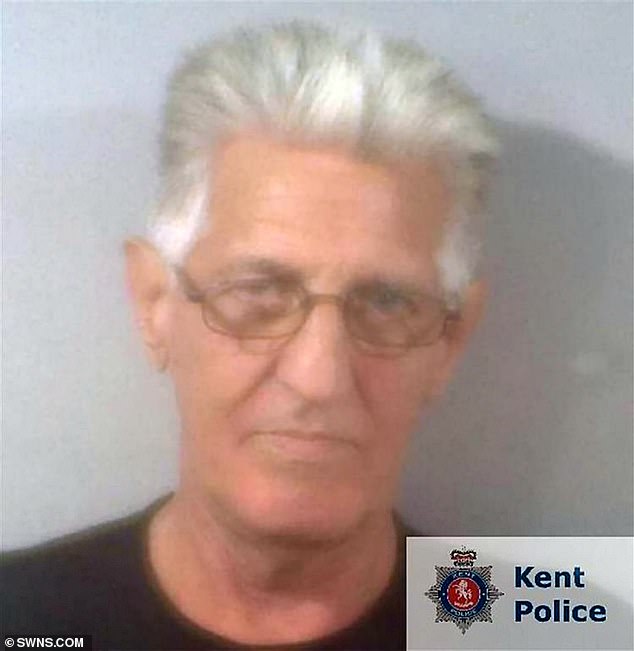 She suffered a fractured collarbone, cracked pelvis and multiple bruises.

CCTV has shown how Callous Spencer even looked back at his victim lying on the floor before doing a runner.

Spencer’s victim, now 99, spent four weeks in hospital and has been forced to live in the downstairs part of her home and depend on her family for support because she can no longer climb the stairs.

The shameless robber pleaded guilty to robbery and was jailed for two years and ten months at Canterbury Crown Court last Monday.

The attack, which took place in July, stripped the elderly victim of all her independence and confidence. 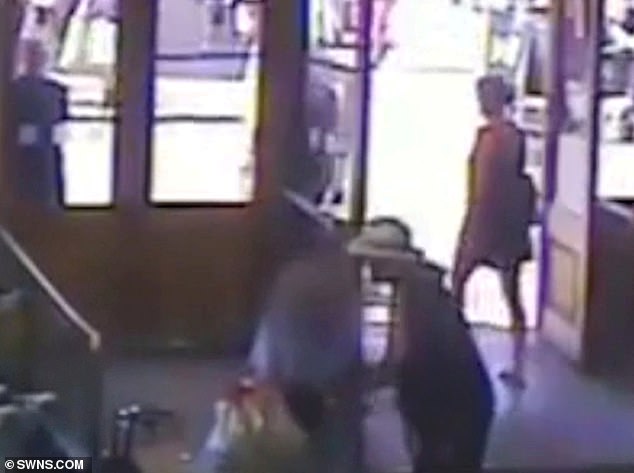 Spencer, 61, snatched the handbag of a 98-year-old woman. CCTV shows how he walked towards her trolley after spotting her alone 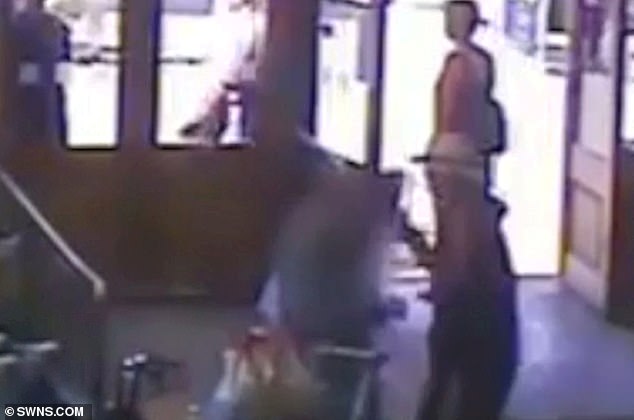 He said: ‘My mother almost died.

‘It’s destroyed the life of someone who was fiercely independent for the sake of a few pounds. It’s pathetic.

‘She used to enjoy going out almost every day with the help of her shopping trolley walker, but has now lost all her independence and confidence.

‘I appreciate the judge was following sentencing guidelines, but I think it is unduly lenient and I hope it can be reviewed.’

Spencer was arrested after police circulated a CCTV image of him.

Judge Catherine Brown said: ‘She bravely tried to stop you by holding onto it. 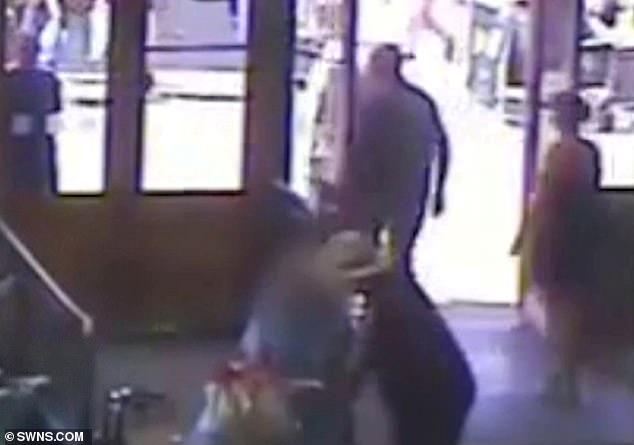 ‘Rather than letting go, you used your greater strength to forcibly remove it from her grip.

‘That caused her to lose her balance and fall to the ground.

‘Tragically, this robbery has had a devastating effect.

‘She suffered a fractured collarbone, cracked pelvis and multiple bruises.

‘She is no longer able to use stairs and may well have had to leave her home.

‘I consider that you targeted her because of her vulnerability, age and frailty.

‘You thought that she would be unable or unwilling to prevent you from taking the bag.

‘You have no empathy or respect for other people and place your own needs before others, in particular the consequences for your victim.

‘However, I bear in mind that you did return and stayed once you realised what you had done and that you have health issues.’ 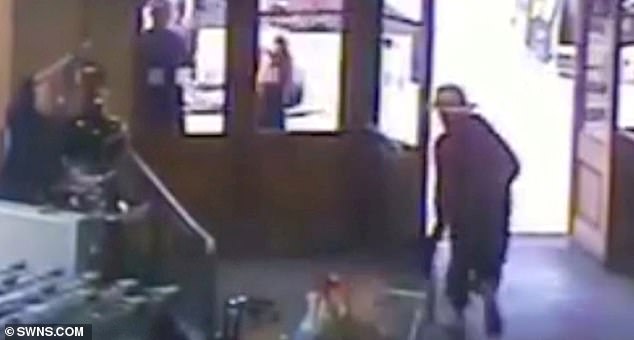 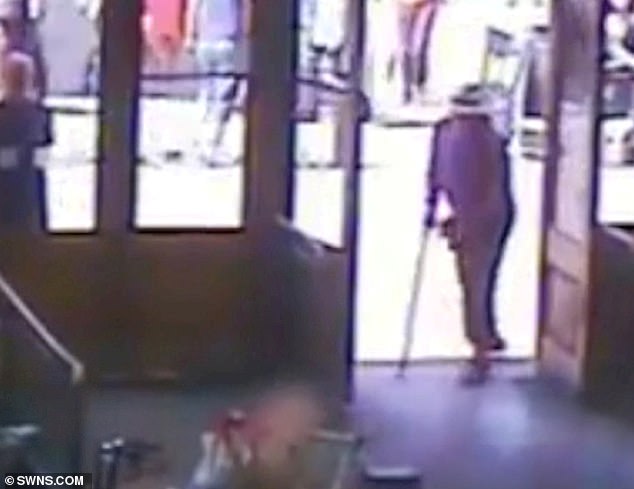 As he leaves he turns back to see the woman on the floor where he leaves her, with broken bones

Investigating officer DC Keith Rochford said: ‘This was a crime fuelled by greed and an over-inflated sense of worth.

‘Spencer chose what he thought would be an easy target, claiming his need was greater than hers, and did not expect his victim to show such courage against him.

‘He stole her handbag, and only dropped it when staff came to the victim’s aid.’