A police officer who had blood spat in his face while he was giving first aid to a violent suspect has slammed the court system after the thug who attacked him walked free and was handed a £50 fine.

PC Rhys Linge criticised the ruling after he was covered in bloody spit during an emergency call out to a man who was smashing up a home.

The officer and his colleagues brought the suspect, Alexander Fleck, under control and gave him first aid as he was bleeding heavily from his face.

But as the 22-year-old was being led away he suddenly spat, covering PC Linge’s face, glasses and radio with bloody saliva.

The disgusting assault meant the Essex police officer had a ‘traumatic’ wait for the results of hospital tests to ensure he had not been infected with any diseases.

When Fleck appeared before magistrates in Colchester, Essex, he admitted assault but walked free from court, having been handed a 12-month community order and told to pay the officer just £50 compensation. 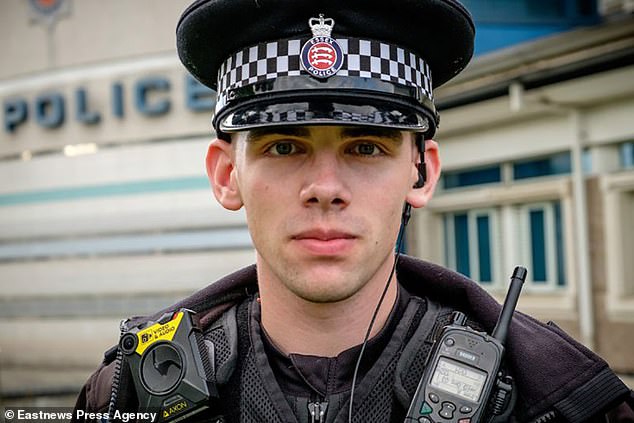 Incredibly Fleck, of Clacton, Essex, had already been before the courts for assaulting another police officer last August.

After the hearing PC Linge said officers felt let down by the courts who are not protecting the public by being so lenient.

He said: ‘If a magistrate was spat at I’m sure it would be a different outcome.

‘There is no deterrent, and obviously members of the public now are going to view that as well.

‘They feel that, and we feel that the courts have let us down yet again as they do quite often when it comes to assaults on officers.

‘The Essex Police Federation have been fantastic, as have my colleagues.

‘But you get the feeling from the Government and from the courts that there isn’t that support there.

‘It is just me and my colleagues fighting the world. That’s how it feels. It’s so disappointing.

‘The courts are supposed to be there to finish off the second part of what we do, and they don’t, more often than not.’

PC Linge said the bloody attack had left him reeling as officers are constantly in harm’s way.

He added: ‘It was disgusting. It’s one of the worst things that a human being can do to another human, especially the fact that it was in the face as well, and that it was full of blood.

‘It will make me more aware the next time I have someone who potentially could spit.

‘But to be honest, because of what we do, you just have to knuckle down and get on with it and wait for the next harm.

‘If people are doing this to police officers then they should be going away for a period of time.’ 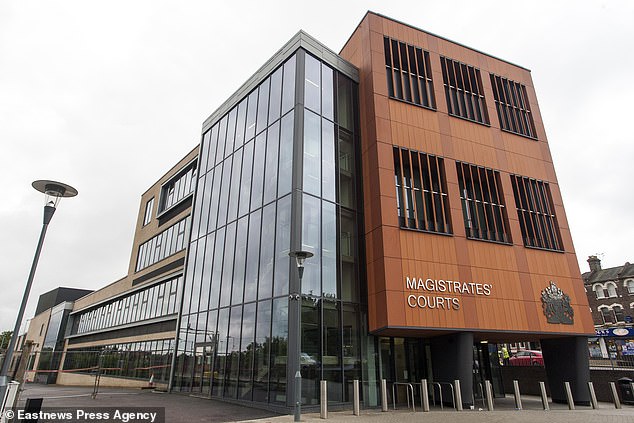 Fleck appeared at Colchester Magistrates Court where he was handed a 12-month community order, a rehabilitation activity requirement for 40 days, treatment programme and ordered to pay £50 compensation

PC Linge was just 20 when he was called out to assist colleagues with Fleck.

The officers managed to get Fleck under control, and administered first aid to him, as he had sustained a face injury which was bleeding heavily.

But as he was read the details of why he was being arrested he screamed out and sprayed some blood into the air.

PC Linge then asked him not to spit as blood was continuing to drip into his mouth from a nose injury.

Fleck then began to struggle and as he was being led away from the police car he spat out at PC Linge during the ordeal in Clacton.

PC Linge said: ‘I went back to the station and my inspector became aware of the incident and that spit and blood had gone into my mouth and over my face.

‘I had to go up to hospital and have a blood test. I’ve only just got the results back and they look like they are all clear.

‘I’ll send them up to occupational health, but the wait for the results which has been nearly two weeks has been quite traumatic, waiting to see whether I’ve got what he might have got.’

Essex Police Chief Constable Stephen Kavanagh will be writing to the head of local magistrates about the leniency shown in this case.

Steve Taylor, chairman of the Essex Police Federation was also angry at the sentence handed to the defendant. 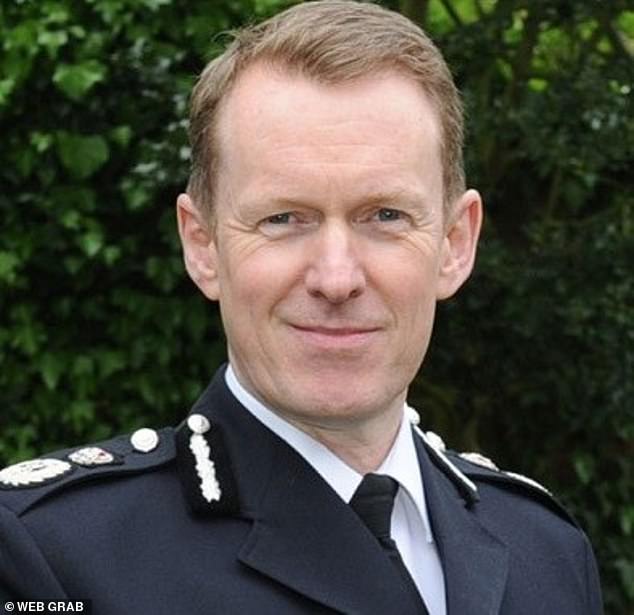 He said: ‘For this individual to come before the bench, to plead guilty for this assault and to be on licence for the offence of having assaulted a police officer in the past and not to receive a custodial sentence, not to receive something far more meaningful than having to pay £50 compensation, which is a paltry figure and probably won’t be received by the officer anyway – is incredibly poor.

‘Assaults like this resonate across the force, colleagues in PC Linge’s position often say they can’t pick up their kids or have a normal family life while they wait to see if they have caught anything.

‘The courts have let us down. Will this individual or others think twice before lashing out, before assaulting a police officer?’

He added: ‘The courts had an option to send a clear message, but they chose not to, and they have let us down.

‘I’m left with zero confidence that this individual has learnt any sort of lesson that this behaviour us unacceptable.

‘The powers that be decided to leave spitting at emergency services workers out of the Bill, and we are working hard to ensure individuals like this can feel the full strength of the law to help send out the right deterrent.’

Fleck pleaded guilty to criminal damage when he appeared before Colchester Magistrates’ Court.