When the new Brexit blockbuster film airs next month, Tory leadership hopeful Penny Mordaunt might want to avert her eyes.

The two-hour Channel 4 drama, which stars Benedict Cumberbatch, highlights a gaffe made by the International Development Secretary towards the end of the 2016 referendum campaign, in which she claimed that if we stayed in the EU, a million Turks could enter the UK.

Ms Mordaunt, who is expected to run for leader when Theresa May resigns, was slapped down by then Prime Minister David Cameron, who said the UK could simply veto Turkish membership. 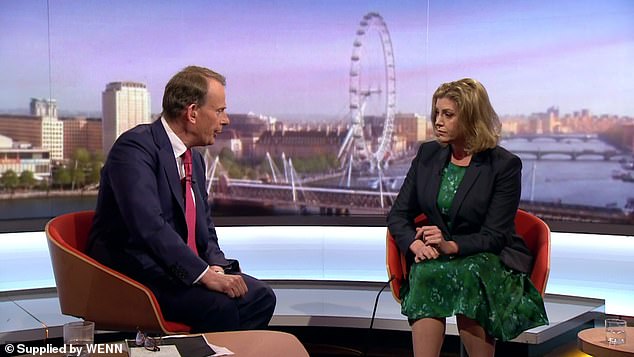 The new Brexit blockbuster film will feature a gaffe made by Tory leadership hopeful Penny Mordaunt on The Andrew Marr Show in 2016 (pictured) in which she claimed that if we stayed in the EU, a million Turks could enter the UK

The film Brexit: The Uncivil War, due to be screened on January 7, highlights the remark at the start of a sequence in which ‘the Turkish issue’ is repeatedly cited by Brexit-inclined voters.

They ignore official denials as passions start to spill over in the concluding days of the campaign.

Mr Cumberbatch’s character, Vote Leave’s campaign chief Dominic Cummings, is portrayed as a tactical maestro who was instrumental to the success of the Brexit campaign.

But other politicians will not be happy with their depiction: while Michael Gove is deemed essential to Brexit’s victory – and the fall of Cameron – Boris Johnson is portrayed as a bumbler who is complicit in ‘dog whistle’ issues such as Turkish immigration. 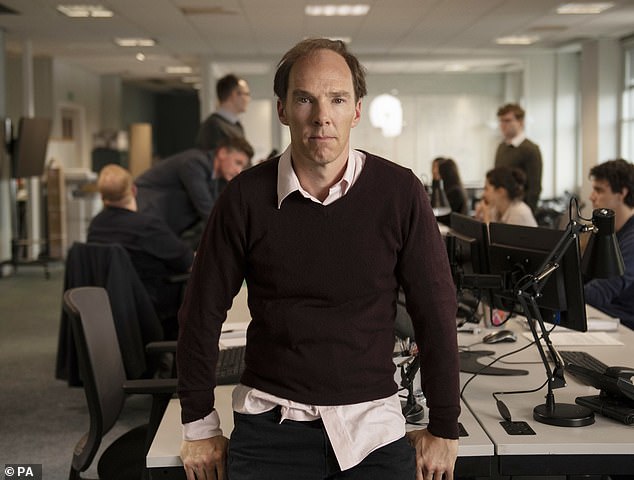 Benedict Cumberbatch plays Vote Leave’s campaign chief Dominic Cummings in the film Brexit: The Uncivil War, due to be screened on January 7

Former Ukip MP Douglas Carswell is quoted saying cynically that the pro-Brexit lobby ‘roused enough of the rabble to force Cameron’s hand on a referendum’, while Mr Cummings is seen pandering to what he describes as Brexit supporters’ ‘nostalgic view’ of the past.

At one point he says: ‘Let’s use it – the idea that we want to return to a time when we knew our place, when things made sense’ before adding, cuttingly: ‘Fictional or not.’