Pensioner, 66, was stopped from buying alcohol at Aldi because he was with his 26-year-old daughter and she didn’t have ID

Aldi refused to sell alcohol to a man in his sixties – because he was shopping with his 26-year-old daughter.

Ken Deeks, 66, had hoped to buy a bottle of whiskey and packs of lager and bitter with his weekly shop at the branch in Didsbury, Manchester, on Thursday.

But when he got to the till, the cashier refused to sell it to him, because his daughter Rachael was with him and she didn’t have any ID. 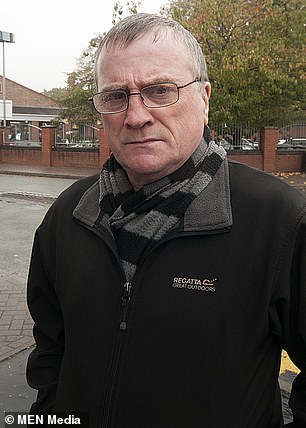 Ken Deeks, 66, (left) had hoped to buy a bottle of whiskey and packs of lager and bitter with his weekly shop but was refused because his daughter Rachael (right) was with him

Mr Deeks said that when he asked to speak to a manager, they backed the member of staff and refused to sell him the drinks.

He eventually went back to the store alone several hours later and was allowed to buy the alcohol, but said the policy is ‘ridiculous’ because he was the one buying the shopping, not his daughter.

Aldi meanwhile, says it has apologised to Mr Deeks for the inconvenience, but stands by its Challenge 25 policy.

‘I’ve been there with my daughter many times and this is the first time it has happened,’ the angry father said.

‘I’ve been going there since it opened. I told them she wasn’t the one who was buying it. My daughter was extremely upset. She went to the car in tears.

‘She was humiliated and embarrassed because the whole shop had heard what was going on.

‘If I go back there again can I go in with her? What about parents with children in trolleys?

‘If someone was going to buy alcohol for a minor, they wouldn’t exactly do it with them there. 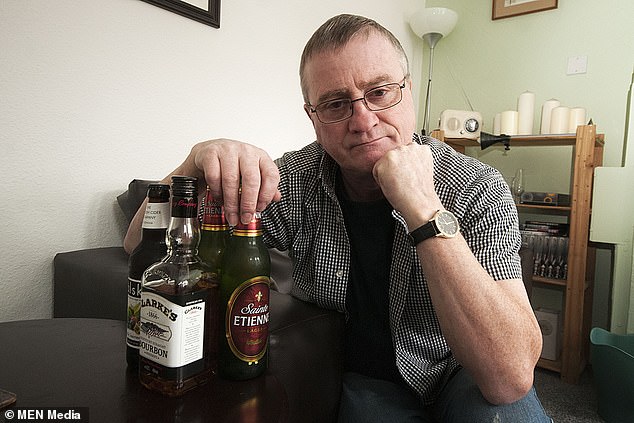 Mr Deeks said that when he asked to speak to a manager, they backed the member of staff and refused to sell him the drinks

‘I’m absolutely incensed by this. I understand they have to stop people buying alcohol for children, but I’m 66. I’m clearly not under 25.’

Mr Deeks, an exercise therapist from Withington, says he was particularly annoyed about how the store treated his daughter, as she has an anxiety disorder and was extremely upset about the incident.

He said that a member of staff announced to a manager that his daughter – who does not wish to be named – had anxiety ‘loud enough for everyone in the shop to hear’ which left her in tears.

Mr Deeks added: ‘I wanted to take this up because of the offence caused to my daughter. I’m not bothered about me, but I’m fuming about what they did to her.

‘What I want from them is a public apology and for them to review their policy.

‘I’d also like them to give my daughter a £50 gift token or something like it, to say sorry.’

An Aldi spokesperson said: ‘We operate a Challenge 25 policy at all of our stores and staff can apply this if they think alcohol may be passed to someone underage.

‘We have apologised to Mr Deeks for any inconvenience caused.’