Person under a train at London’s Lancaster Gate tube station

Emergency services evacuated a rush hour tube station after a person fell underneath a train.

Passengers were told to leave Lancaster Gate tube station on the Central Line shortly after 6.30pm. 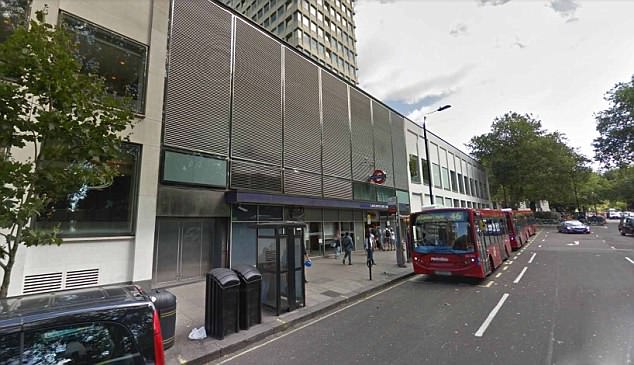 Passengers have been evacuated from Lancaster Gate tube station in West London after a person fell under a train shortly after 6.30pm during the middle of the rush hour 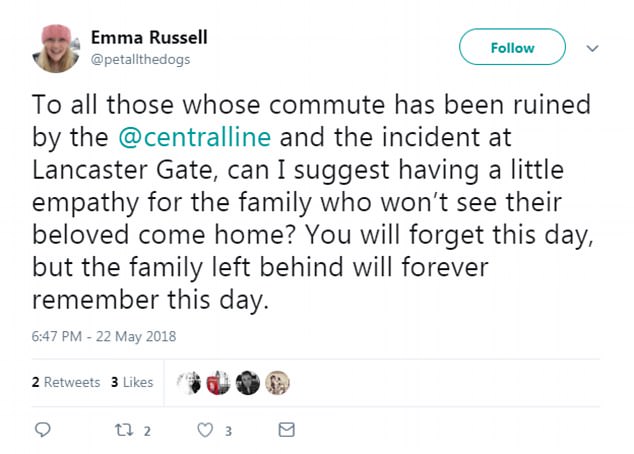 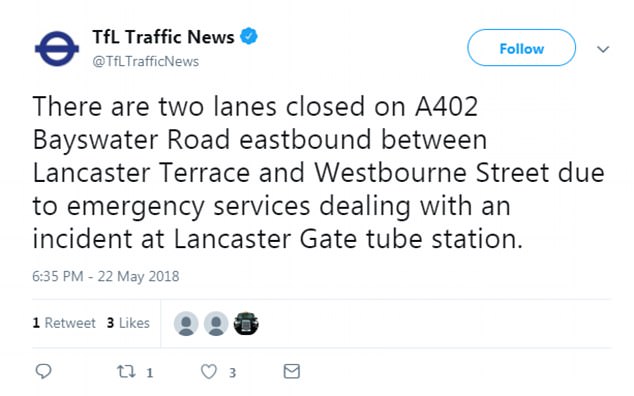 Transport for London told MailOnline it is likely services will be disrupted for several hours.

As well as the closure of the tube station, two lanes have been closed on the A402 Bayswater Road eastbound between Lancaster Terrace and Westbourne Street to allow emergency services to access the station.

Motorists have been advised to avoid the area.

Also, Central Line services eastbound between White City and Marble Arch have been suspended while emergency services deal with the situation.

One eyewitness said there were about five or six police cars and a large police van as well as three or four ambulances and several fire engines.