LIMA (Reuters) – A Peruvian judge ordered the arrest of former President Pedro Pablo Kuczynski on Wednesday while also authorizing a search of several properties as part of a probe into a bribery scheme linked to scandal-plagued Brazilian builder Odebrecht. 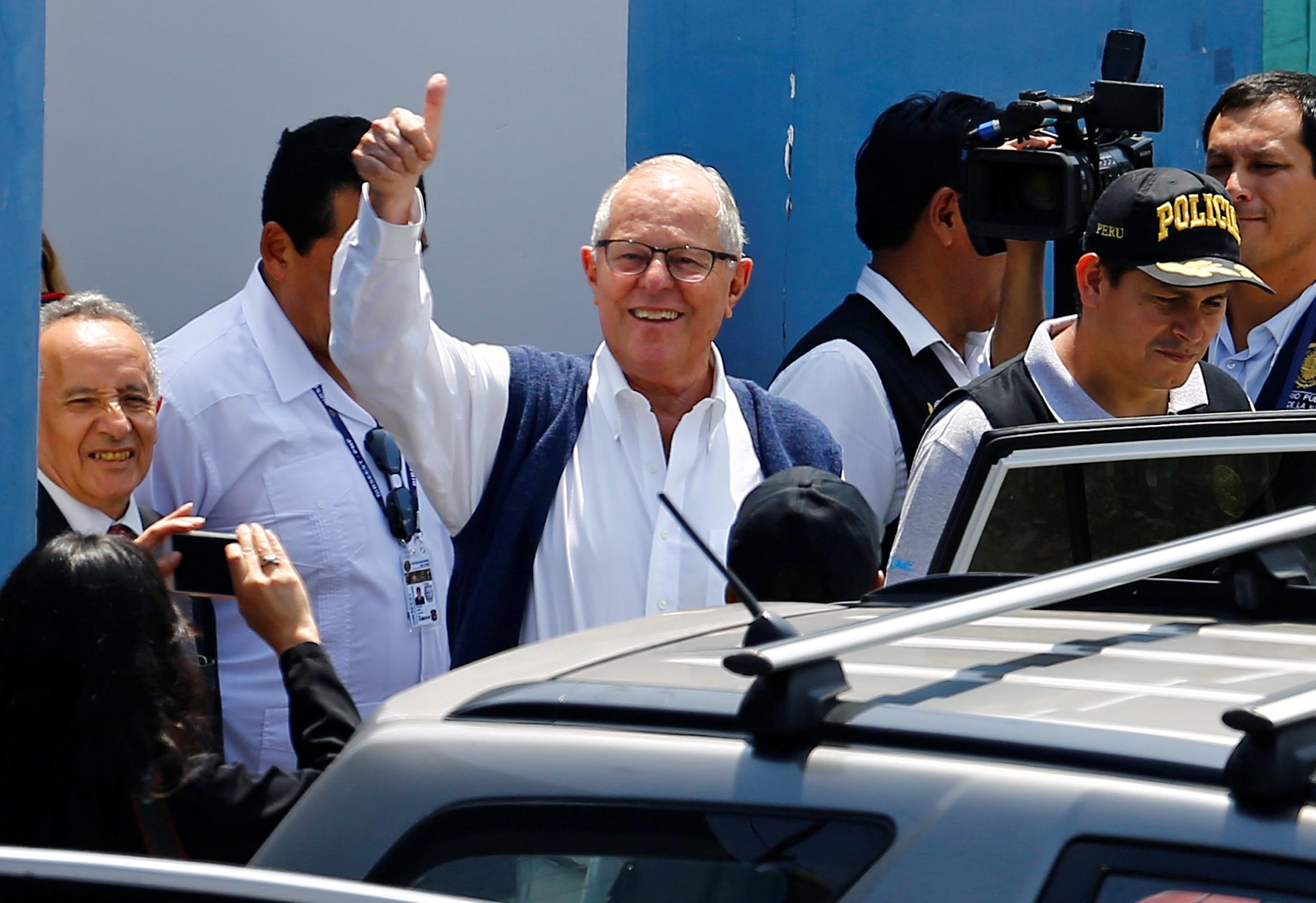 Kuczynski, 80, underwent medical exams accompanied by police in the afternoon as part of official procedures prior to an arrest, local media reported. Footage provided by the prosecutors’ office showed Kuczynski speaking quietly as he sat in a waiting room.

Along with his secretary and his driver, Kuczynski was ordered detained for a period of 10 days, according to a judicial resolution signed by Judge Jorge Chavez.

“I’ve never fled justice,” Kuczynski tweeted. “This is a very tough moment for me but I will face it with the fortitude of knowing I only longed for a better country.”

A former Wall Street banker who renounced his U.S. citizenship to run for Peru’s presidency, Kuczynski narrowly won the 2016 election but resigned a year ago in the face of near-certain impeachment by the opposition-controlled Congress.

Prosecutors have accused Kuczynski of helping Odebrecht win contracts for a highway and an irrigation project when he was a cabinet minister in the government of former President Alejandro Toledo, in exchange for bribes disguised as consulting fees.

Odebrecht sparked Latin America’s biggest graft scandal by admitting publicly in late 2016 that it had secured lucrative contracts across the region with bribes. Since then, Peruvian judges have ordered several politicians, including Toledo, to be jailed before trial.

Toledo denies wrongdoing and is fighting extradition to Peru from the United States.

In Peru, suspects can be jailed without trial for up to three years if prosecutors show they have evidence that would likely lead to a conviction, and that the suspects would likely try to flee or obstruct their work.

Critics of the use of so-called “preventive prison” in the Odebrecht probe say it is excessive and violates due process.

According to Wednesday’s judicial resolution, Kuczynski is considered a flight risk because he faces more than four years in prison and has no job.

Authorities barred Kuczynski from leaving Peru shortly after he resigned the presidency, and later froze his bank accounts.

“I’ve cooperated entirely with all the investigations and have arrived punctually for all the summons,” Kuczynski said on Wednesday.

Kuczynski’s former vice president, Martin Vizcarra, is now president and has made fighting graft the centerpiece of his government.