Pervert, 25, who was snared by paedophile hunters trying to meet a 13-year-old girl at a railway station despite claiming he was there to see his father is spared jail

This is the moment paedophile hunters snared a pervert as he tried to meet a 13-year-old girl.

Sean Eland thought he was having online chats with a teenager called Jessica on the messaging site Whatsapp.

But Newcastle Crown Court heard the 25-year-old had been duped by Dark Justice – a vigilante group who aim to expose adults looking for sex with children.

He agreed to meet the girl outside Newcastle Central Station, but was shocked to be confronted by the hunters.

When he was snared, Eland claimed he was there to meet his father – but the group called his phone and the decoy girl’s name ‘Jessica’ flashed up on his screen. 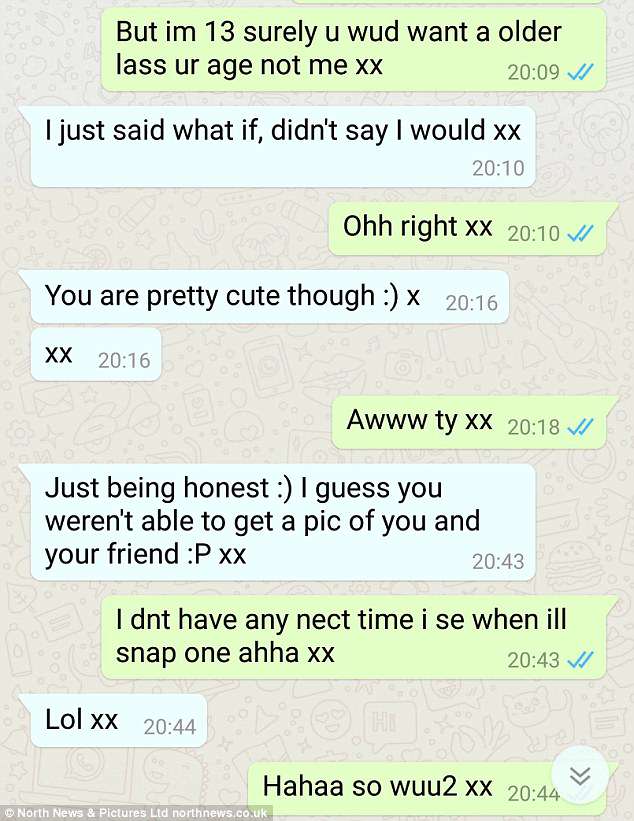 During the chats, the defendant told the girl ‘for 13 you’re pretty cute’ and said he wanted to cuddle with her.

Eland, of The Bywayss, in Longbenton, Newcastle, admitted attempting to meet a child following sexual grooming in October 2016 and was sentenced to nine months imprisonment, suspended for two years, with programme and rehabilitation requirements. 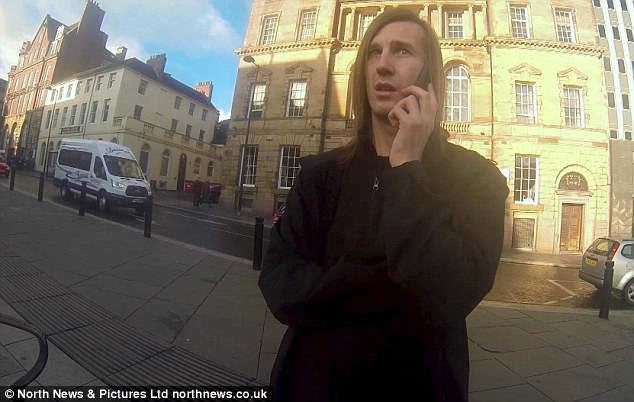 When he was confronted, Eland pretended that he was trying to meet his father but was exposed when the name Jessica came up on his phone 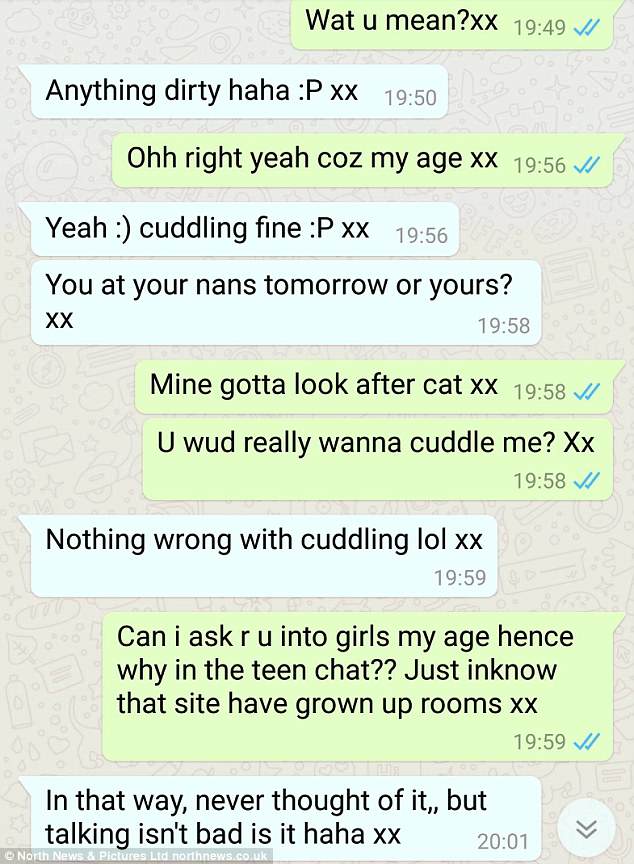 He must sign the sex offenders register and abide by a sexual harm prevention order for ten years.

During the hearing, Judge Tim Gittins said the defendant had ‘intellectual limitations’. 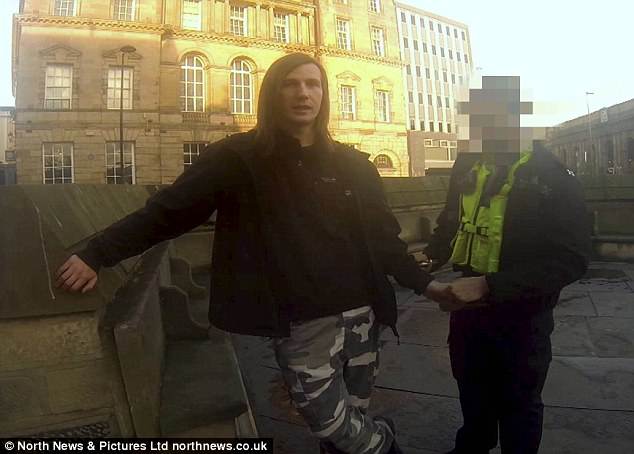 But a spokesperson from Dark Justice said: ‘He knew exactly what he was doing. He had put in place a whole second scenario just in case he was caught.

‘He had a full on cover plan, and even went into a nearby shop to get a receipt to prove where he was at the time just before we caught him.

‘He tried to clear his phone when we were with him and was acting really edgy. The sentence in this case was completely pathetic, it wasn’t reasonable.’