Early drawings and letters by Peter Rabbit author Beatrix Potter dating back to the 1890s sell for £213,000 at auction

A collection of early drawings and letters by children’s author Beatrix Potter have sold for £213,000 at auction.

The illustrations and writing date back to the 1890s before Potter penned the Peter Rabbit tale.

One of the drawings, from 1984, shows Peter Rabbit seven years before he appeared in his first story.

The 20-item collection was sold at US-based Doyle Auctions. 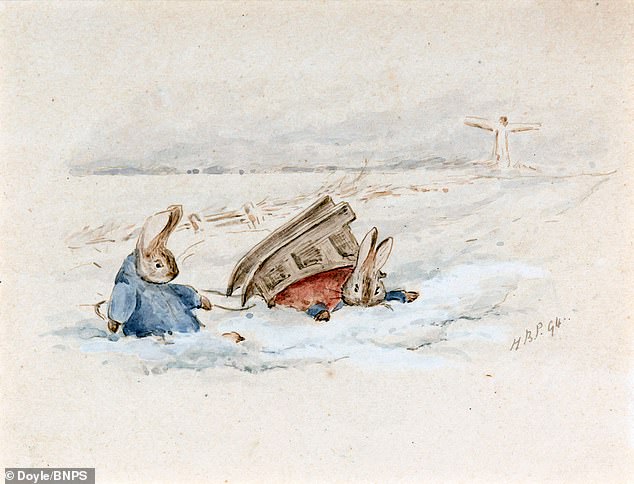 Pictured: Peter Rabbit and another rabbit in a sledging accident in 1894. Potter’s old letters and drawings have sold for £213,000 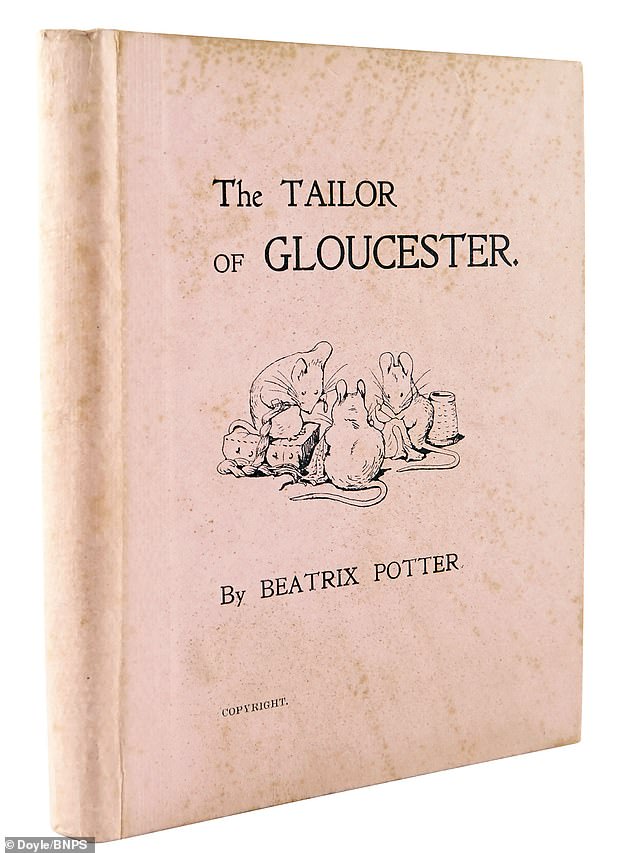 Pictured: Potter’s personal first addition of The Tailor of Gloucester which was first published in 1903

Peter Costanzo, specialist at Doyle Auctions, said: ‘Part of the charm of this early period is that Potter apparently did not intend to publish books for children.

‘She simply sought a simple and affectionate way to communicate with them, and in combining an early mastery of the drawing of animals and a playful love of verse, Potter created a style all her own.

‘This was truly an insightful, important and whimsical group, one of the finest collections of early Beatrix Potter artwork and it represented a rare opportunity for collectors and institutions alike.’ 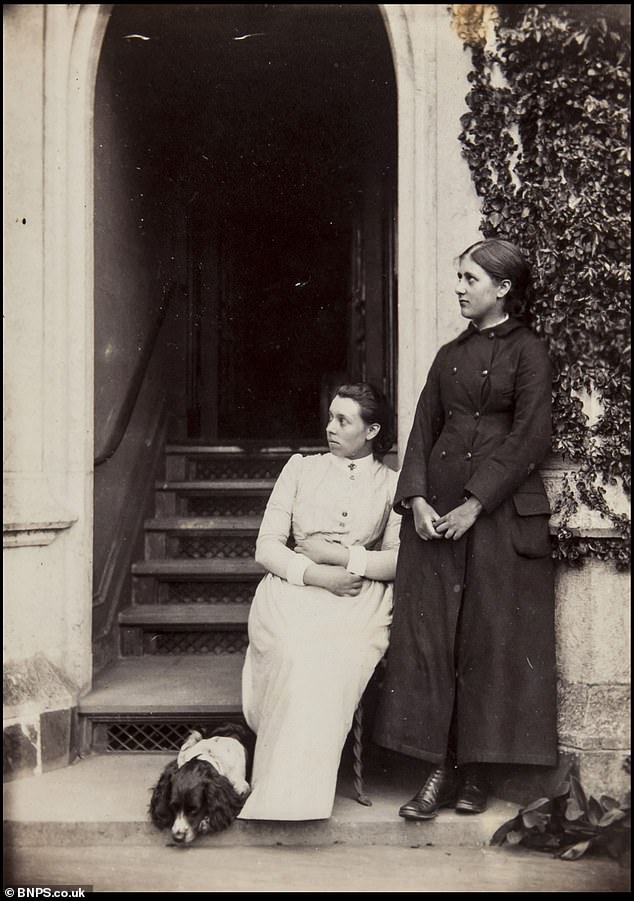 The collection included an eight-page picture letter Potter sent to her cousin Molly Gaddum in 1897.

It features drawings of characters from one of Potter’s favourite childhood tales, Edward Lear’s The Owl And The Pussy Cat. 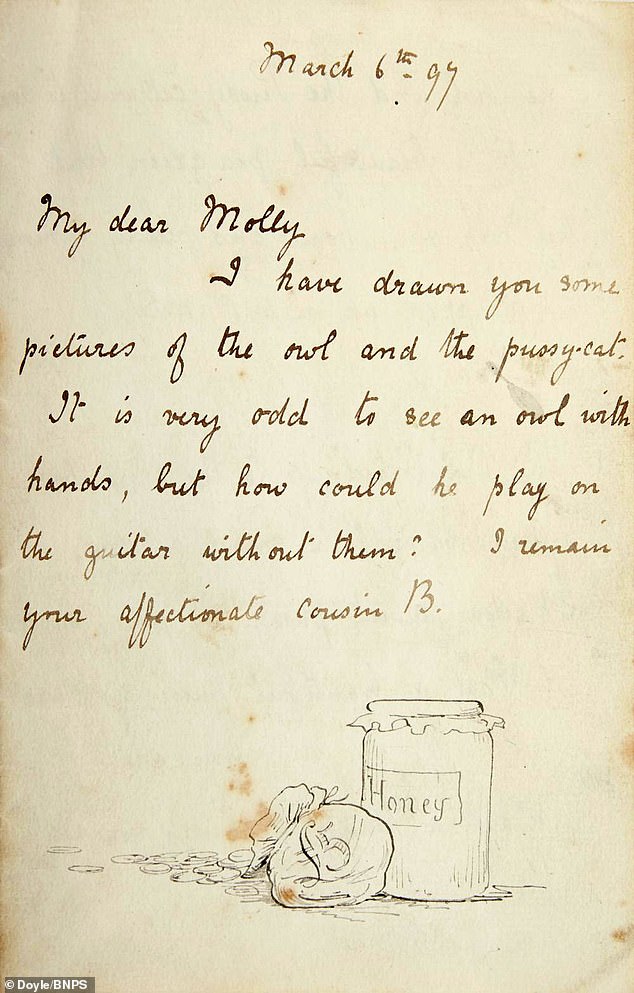 Pictured: a page in a picture letter Potter wrote and drew for her young cousin Molly Gaddum in 1897 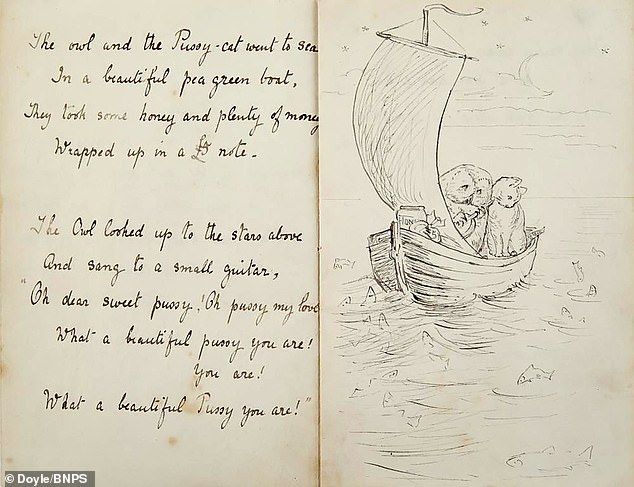 Potter drew pictures for from one of her favourite childhood tales, Edward Lear’s The Owl And The Pussy Cat (pictured) 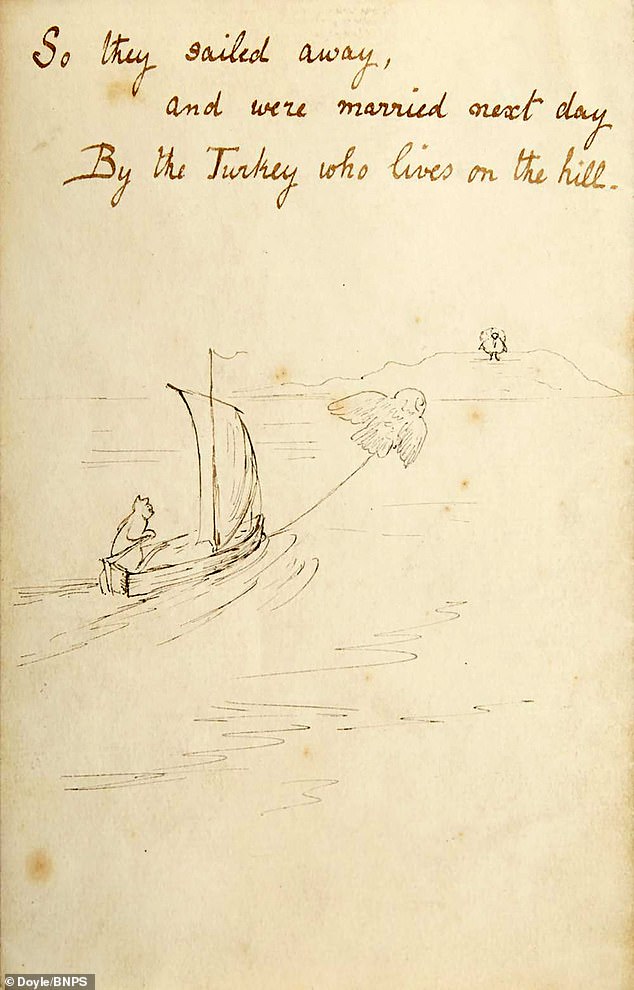 Potter fell in love with the poem as a four-year-old when she didn’t have many friends and her family allowed her to keep a menagerie of animals.

She even wrote a prequel to the tale called The Tale Of Little Pig Robinson. 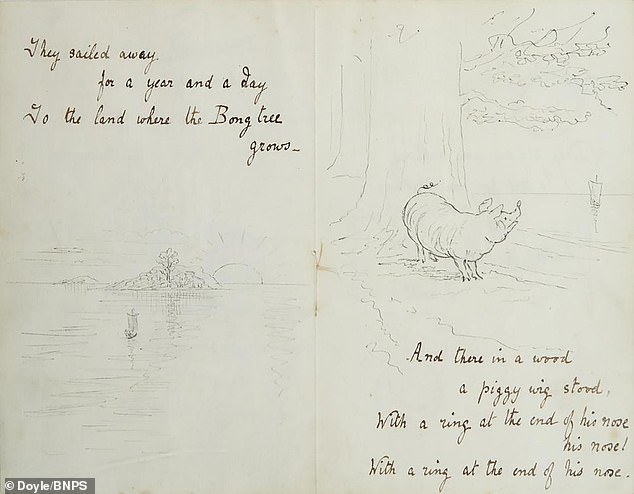 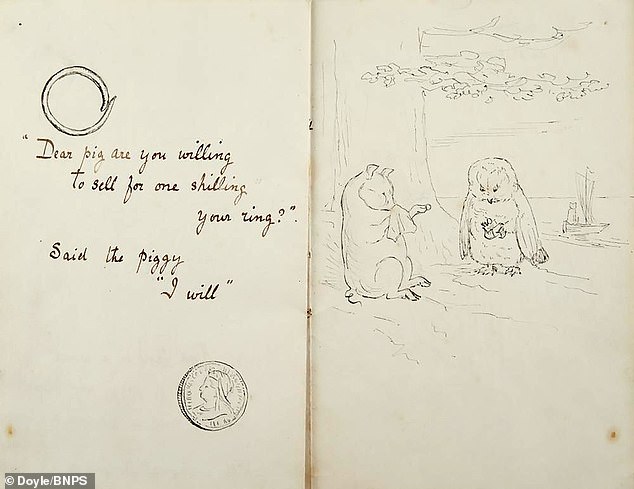 On one page of her letter she drew an owl, guitar in hand, at sea with a pussy cat.

Opposite it, Potter, who was aged 31 at the time, wrote: ‘It is odd to see an owl with hands, but how could he play the guitar without them.’

Other illustrations in the letter show a pig providing a ring for the owl, and the owl getting married to the cat.

Two watercolour paintings on silk, which are thought to date from 1901 to 1905, recreating scenes from The Tale of Petter Rabbit, sold for a combined £51,000.

The first depicts Mrs Rabbit buttoning Peter’s coat, while the second is of Mrs Rabbit with a basket and umbrella in a forest. 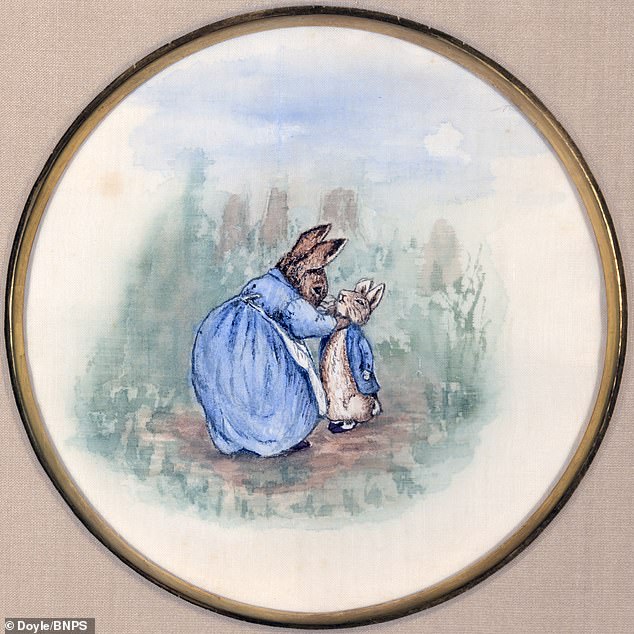 Pictured: one of the watercolour paintings on silk that was sold with another one for £51,000

It is accompanied with the text: ‘Then old Mrs Rabbit took a basket and her umbrella and went through the woods to the baker’s. She bought a loaf of brown bread and five currant buns.’

The latest items in the collection were four picture letters Potter sent to a Master Jack Ripley in 1908 and 1909. 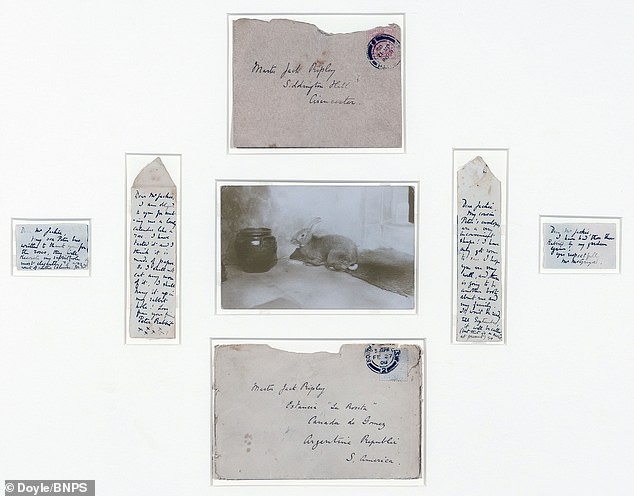 They have been signed from Peter Rabbit, Benjamin Bunny, Josephine Rabbit, and Mr McGregor.

Ripley had a deformity in his hands and had a very stern father, so Potter, who did not have children of her own, wanted to lift his spirits. 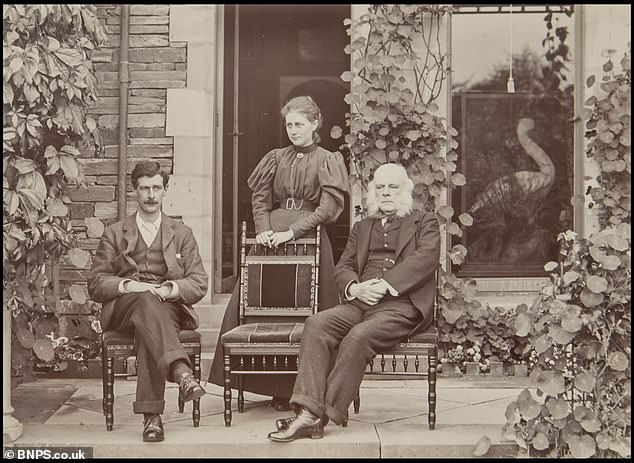 The collection also featured Potter’s personal first edition issue of The Tailor of Gloucester (1902), as well as other signed first editions of her works.

The items were consigned from the Mary K Young Collection, which was amassed by her in the late 1980s and ’90s.

Potter published 23 books in all, finishing with Cecily Parsley’s Nursery Rhymes (1922), a collection of her favourite rhymes.

Her most famous book, The Tale of Petter Rabbit (1901), has been translated into 36 languages and sold 45 million copies.