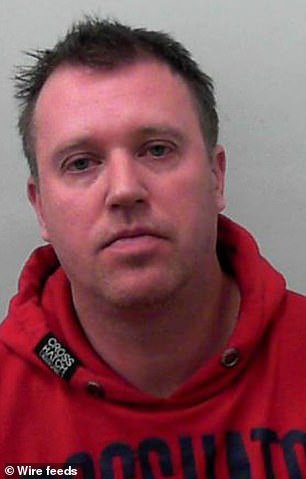 Nigel Wilkinson, 45, said he was a male fitness photographer who liked having sex with straight men while they were unaware. He received an additional 17 years in prison today after more men came forward following his original conviction in 2016

An amateur photographer who was jailed for luring men to his home before spiking their drinks with Rohypnol and raping them has received an additional prison sentence after being convicted of further sex offences.

Nigel Wilkinson, 45, promoted himself as a male fitness photographer and set up a website and used social media to identify men he wished to photograph and invited them for a photoshoot.

In 2016 he was jailed for 11 and a half years after pleading guilty to two counts of rape, three counts of administering a substance with intent to rape, and possession of drugs Flunitrazepam (also known as Rohypnol) and Nitrazepam.

Following his convictions, more men came forward to say they had also fallen victim to Wilkinson and he was charged and went on trial at Bristol Crown Court last month.

The court heard Wilkinson lured men to his then home in Totterdown, Bristol, for photoshoots advertised on Facebook and Instagram. He then drugged and abused them.

In one Skype chat – using the name straightboylover – Wilkinson boasted of subjecting men to horrific abuse.

‘I get a kick out of robbing straight guy of his masculinity,’ he wrote.

Sarah Regan, prosecuting, told the jury: ‘Whether this was ever envisaged as a legitimate business, it very quickly morphed into a vehicle for the depraved yearnings of Nigel Wilkinson. 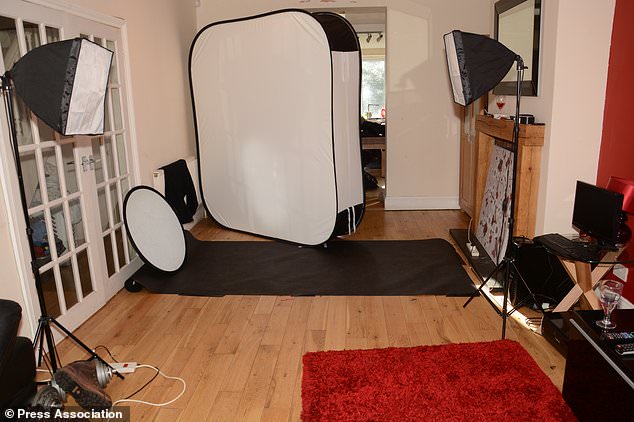 Wilkinson lured men to his home in Totterdown, Bristol, where he would drug them before having sex without their consent

The court heard Wilkinson worked in retail but set himself up as an amateur fitness photographer in 2013.

He was found guilty on Tuesday of nine offences against six men, including one count of rape, five counts of administering a substance with intent and three counts of voyeurism. He was acquitted of voyeurism against a seventh complainant.

He refused to attend court for his sentencing.

Ed Burgess QC, defending, said: ‘He rolled a dice and took his chance and he was unsuccessful.

‘What we would ask is, whatever sentence is passed, you do not crush this man completely, rendering him useless and rendering him, ironically, more of a risk, ultimately.’

Mr Burgess insisted Wilkinson was not showing ‘discourtesy’ to the court by not attending. 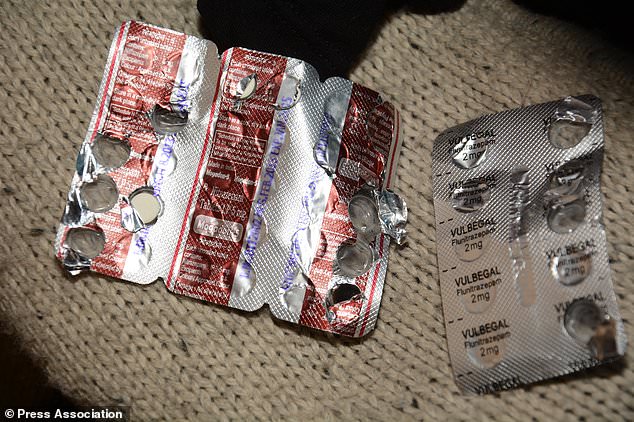 ‘The evidence now available to the court shows that you have a long-standing and entrenched sexual interest in straight men, especially those who are sleeping or drugged,’ the judge said.

‘These offences show a very significant degree of planning involving the setting up of social media sites, an exercise in spinning prolonged and elaborate lies about your personal life and sexual interests, the acquisition of illegal and prescription drugs, the luring of men to your home sometimes with lies about where they were to stay, the administration of potent drugs to render them senseless, with no memory or idea that you could be abusing them.

‘The fact you have refused to attend court for your sentence is, of course, not determinative but it displays a cowardly attitude verging on contempt for your victims, and does nothing to allay the court’s fears that you are not facing the reality and effect of your offending.’

The sentence will run concurrently with his earlier prison term and he will not be eligible for parole until he has served two-thirds of the new custodial term.

Detective Inspector Larisa Hunt, who led the latest investigation, said: ‘These new convictions have further exposed the true extent and nature of Wilkinson’s offending, which has undoubtedly caused severe and lasting damage to his victims.

‘Our priority has been to seek justice for all of his victims, but the unescapable truth is some of them will never know whether they were raped or sexually assaulted by Nigel Wilkinson.

‘I’d like to personally thank each of them for their courage and willingness to support our investigation despite the emotional and psychological toll this has had on their lives.’