Geneva: One of the world's leading nuclear research centres has apologised and suspended an Italian scientist who gave what it called a "highly offensive" presentation about the role of women in physics.

Speaking at a seminar on "High Energy Theory and Gender" on Friday, Alessandro Strumia of the University of Pisa said physics was “invented and built by men, it’s not by invitation”.

Officials at the world's largest particle accelerator suspended the physicist "from any activity at CERN with immediate effect pending an investigation", a CERN statement said, after the presentation raised new concerns about sexism in science. 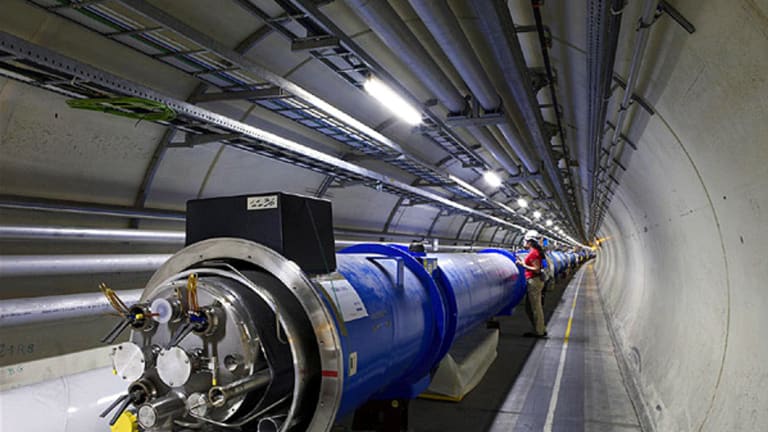 The tunnel in the Large Hadron Collider at CERN near Geneva.

CERN, the European Organisation for Nuclear Research, said Strumia was out of line.

The Geneva centre, where the subatomic particle known as the Higgs boson was confirmed in 2013, said it had no prior knowledge of the content of Strumia's talk and cited its "attacks on individuals" as "unacceptable in any professional context".

Strumia's talk was deleted from the centre's online repository. The slides featured charts, graphs and tables that are hard to understand out of context, but one quotation said: "Physics invented and built by men, it's not by invitation."

In a phone interview on Monday, Strumia said he wanted to debunk what he insisted was a misconception, and said he didn't believe men were better than women in physics.

"There is a political group that wants women, and other people, to believe that they are victims," he said.

"This [seminar] was continuously telling [saying]: 'men are bad, men are sexist, they discriminate against us' – lots of things like this.

"I did a check to see if this was true … and the result was: that was not true." 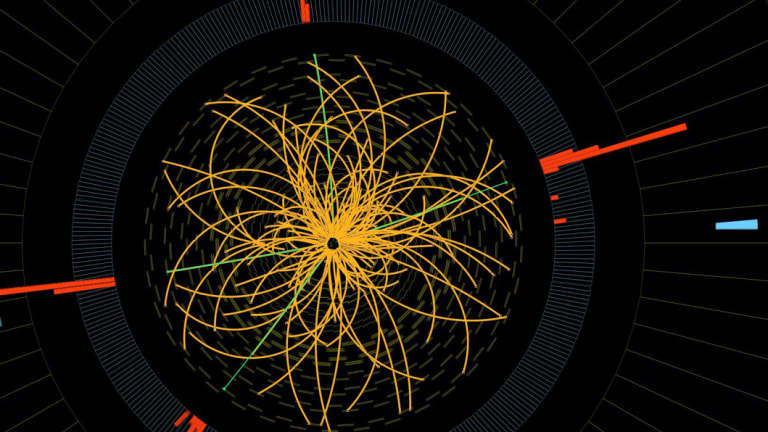 The CERN scientist claim men are being discriminated in physics.

Noting the suspension, Strumia lashed out at the centre, but expressed hope that it would come around to his way of thinking.

"I believe CERN is making a mistake," he said. "They suspended me because it's true … and it's contrary to the political line. And I hope CERN will at some point understand. I hope this is just the first self-preservation instinct."

In a statement, the centre said it was "fully committed to promoting diversity and equality at all levels".

Laura Covi, who studies cosmology at Georg-August University in Goettingen, Germany and was at the Friday seminar, said Strumia's comments didn't go over well.

Covi said Strumia claimed that women have been able to secure research jobs even though they had fewer journal citations to their name.

"I'm not so sure his thesis was supported by the data," she said.

Covi acknowledged that some of the world's most eminent physicists have been men, but said that was "mostly a historical bias" since men have been able to study physics longer than women.

She also disputed that citations were an indicator of quality and said it wasn't her experience that female physicists were able to land jobs with fewer journal publications than men.

Covi said Strumia has frequently made provocative comments in the past and said after his presentation, he was challenged by many at the seminar – so much so that the chair had to abruptly end the session when it ran overtime.

"People were upset by what he was saying. And then he later started to make statements that were completely unscientific," she said, declining to elaborate.

"I don't think he represents the majority view," Covi said. "There were a few men who were there but they didn't support his view."

Dr Julie Moote of University College London, who had spoken earlier in the seminar, said it was a "shame" that Strumia "did not engage" with evidence from other presenters – including her research with more than 40,000 young people in England and interviews over time with youths aged 10 to 18.

"Findings show that young women do experience sexism in physics – from being told by a teacher that 'you need a boy brain to do physics', to survey data showing that boys feel they are encouraged more by their physics teachers than girls – which leads to a situation where even some of the highest attaining young women were doubting that they were 'clever enough' to do physics," Moote said.