He was responding to a Tory party tweet from January 24 marking the anniversary of Churchill’s death in 1965 calling him ‘the greatest Briton to have ever lived’.

Greer, who at 24 is Scotland’s youngest MSP, was accused of ‘attention seeking’ after saying: ‘Once again for the old people at the back: Churchill was a white supremacist mass murderer’.

Piers Morgan was among the huge numbers of people to respond furiously to his claims.

He said: ‘And you’re a thick ginger turd who’d be spewing this filth in German if it wasn’t for Churchill’. 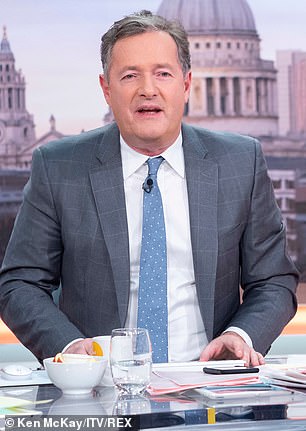 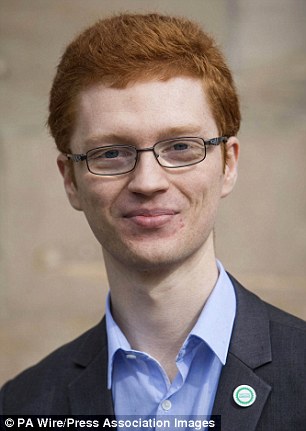 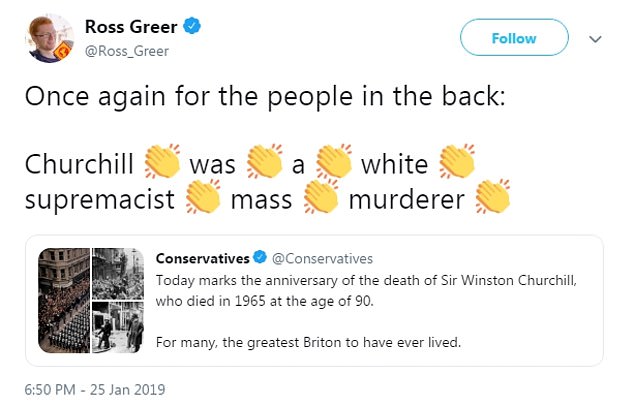 Piers was among many to blast him – his message (above) generated more than 5,000 retweets and caused a row that raged online throughout the weekend

The 24-year-old caused further controversy by describing anyone who admires the Second World War leader – credited with helping save Britain from Nazi Germany – as ‘crass and simple minded’.

He said: ‘This is the real, verified history of Churchill and the one known throughout much of the world’. 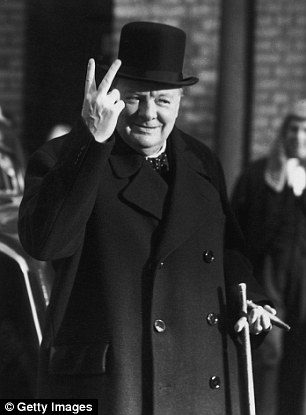 He added: ‘If that’s uncomfortable to some here, it’s just a sign of how uneducated Britain is of our own shameful history.’

His Twitter attack came the day after the rest of the UK, including Theresa May, marked the anniversary of Sir Winston’s death on January 24, 1965, aged 90.

The comments generated more than 5,000 retweets and caused a row that raged online throughout the weekend.

Lee Pollock, of the International Churchill Society, said: ‘It seems to me this young man’s not as important as he would like, so he has found the biggest target he can in order to get the most attention with a radical point of view. It’s a cheap trick.’

However, he faced a backlash, with critics telling him to ‘do his research’.

Afghanistan veteran Colonel Richard Kemp tweeted: ‘If Churchill hadn’t saved our country from the Germans, you wouldn’t be a so-called “Green MSP”, whatever that is. You’d probably just about have made it to Oberrottenführer in the West Schottland Hitler Youth.’

Scottish Tory whip Maurice Golden said: ‘Sir Winston Churchill is one of the defining figures of western democracy… seeking to diminish him is a disservice to the millions of men and women who fought to preserve our freedom.’