ISTANBUL (Reuters) – A Pegasus Airlines plane flying into Istanbul’s Sabiha Gokcen airport skidded off the end of the wet runway and broke into three pieces after landing on Wednesday, killing three people and injuring 179 others, Health Minister Fahrettin Koca said.

Speaking to reporters in the eastern province of Van, Koca said that three people had died in hospital after the accident, adding that 179 out of the 183 passengers and crew on the plane were wounded.

Istanbul Governor Ali Yerlikaya said earlier that the plane was carrying 177 passengers and six crew from the western province of Izmir. He said the wounded were being treated at 18 hospitals in the area.

“The plane could not hold on the runway due to poor weather conditions and skidded for around 50-60 meters,” Yerlikaya told reporters at the airport.

The plane, a Boeing (BA.N) 737-86J, split into three pieces after what Yerlikaya said was a drop of around 30 to 40 meters at the end of the wet runway. Footage showed the plane landing and continuing at a high speed off the runway.

Pegasus (PGSUS.IS) said in a statement that the plane had gone off the runway and that passengers were being evacuated. A spokeswoman for the company did not provide further details.

Broadcaster NTV said that the plane had attempted to land in heavy tailwinds despite the previous two flights holding off due to the wind. 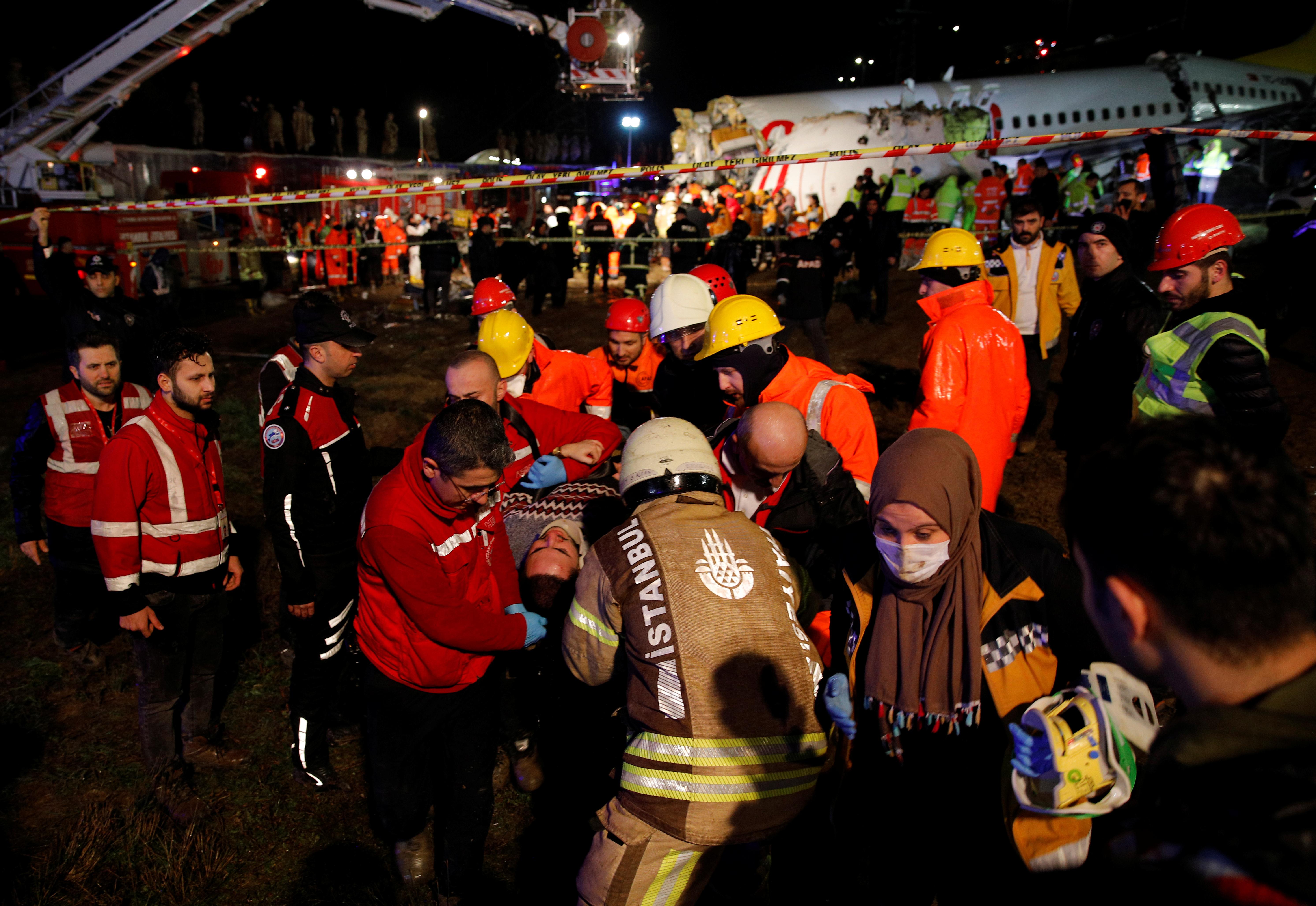 Television footage showed the plane’s fuselage, as well as a section of it near the tail, had broken off. Passengers were being led out as the plane lay on a patch of grass next to the runway. Dozens of emergency response personnel took passengers out of the plane and carried them away on stretchers.

Earlier footage showed part of the exterior of the plane had caught on fire, which state media said was extinguished by firefighters.

Turkish Airlines (THYAO.IS) said it had canceled all its flight in and out of Sabiha Gokcen for the day.