Inside Hugh Hefner’s boudoir: Playboy boss’s tacky trinkets go up for sale including… a lamp ‘wearing’ fishnet-stockings, a tiger print sofa and an ENTIRE wall of photos of himself

With its unique blend of luxury and tackiness, it is the bedroom that could only have belonged to Hugh Hefner.

The tycoon’s boudoir in the Playboy mansion has been revealed ahead of an auction of his belongings, showing off where he entertained three wives and dozens of Playboy bunnies.

The questionable taste of the Playboy founder, who died last September aged 91, is on full display.

Hefner put a Betty Boop statue by the fireplace, a monster head above it and a painting of a nude woman above them both.

One wall is covered with photos of himself with women.

Auctioneers Julien’s hope Hefner’s style will be a hit when dozens of his personal items go under the hammer on November 30 in Beverly Hills. 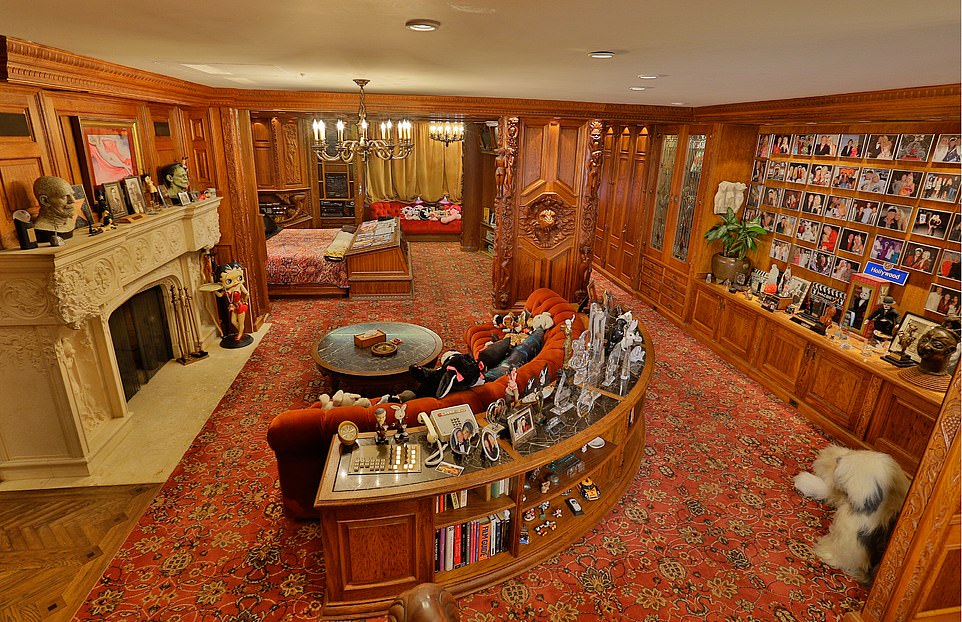 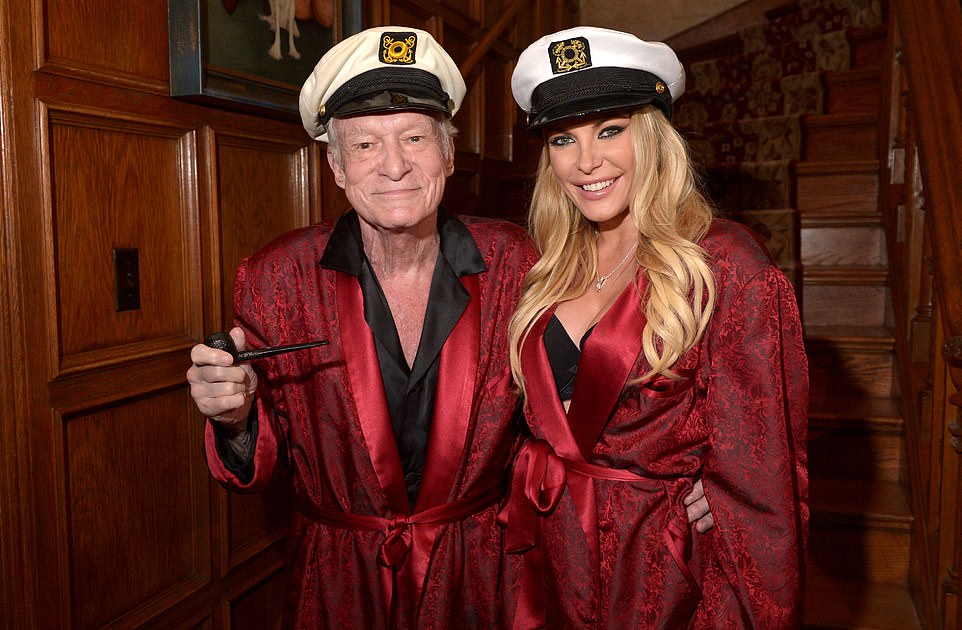 Hugh Hefner and wife Crystal Hefner at the Playboy Mansion. All his belongings are to be sold at auction at the end of the month

His singular taste is apparent is a fishnet-stockinged lamp with a fringed shade, valued similarly. 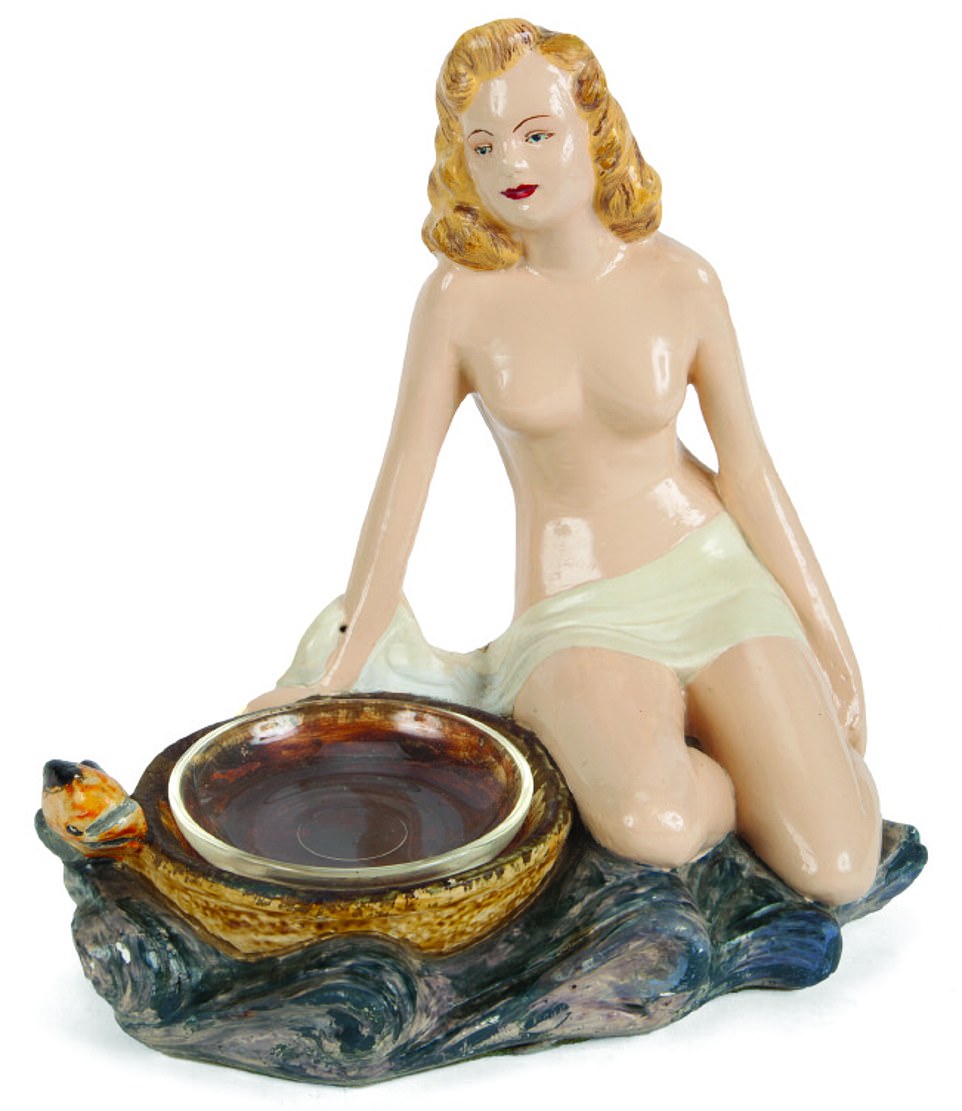 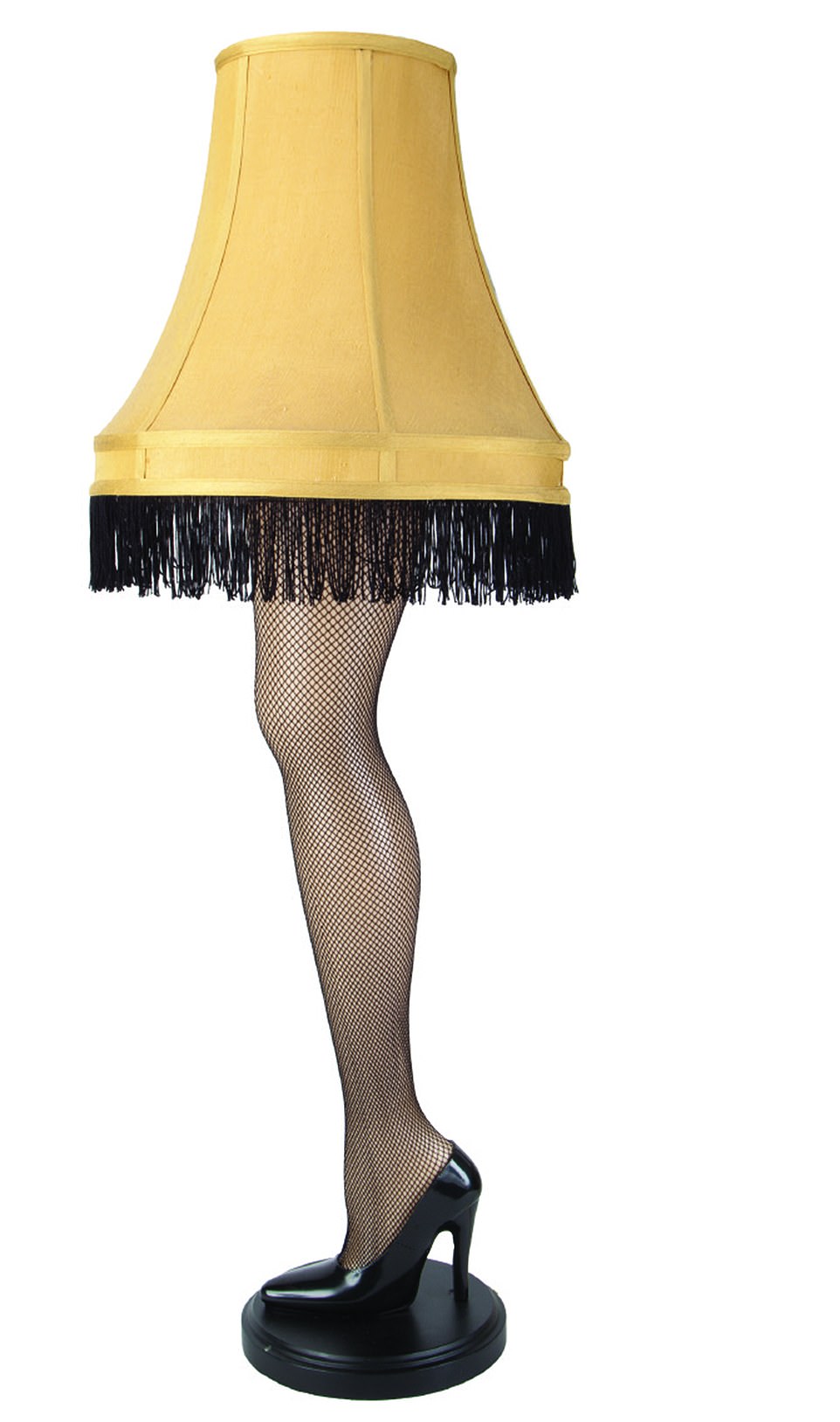 Hefner’s first edition copy of Playboy magazine was discovered earlier this month after 65 years and is set to make thousands for charity.

The 1953 publication, which famously featured Marilyn Monroe on the cover, has recently been unearthed by the late publisher’s children, following his death last year.

They have decided to sell the rare magazine along with a number of his other possessions to raise money for charity. 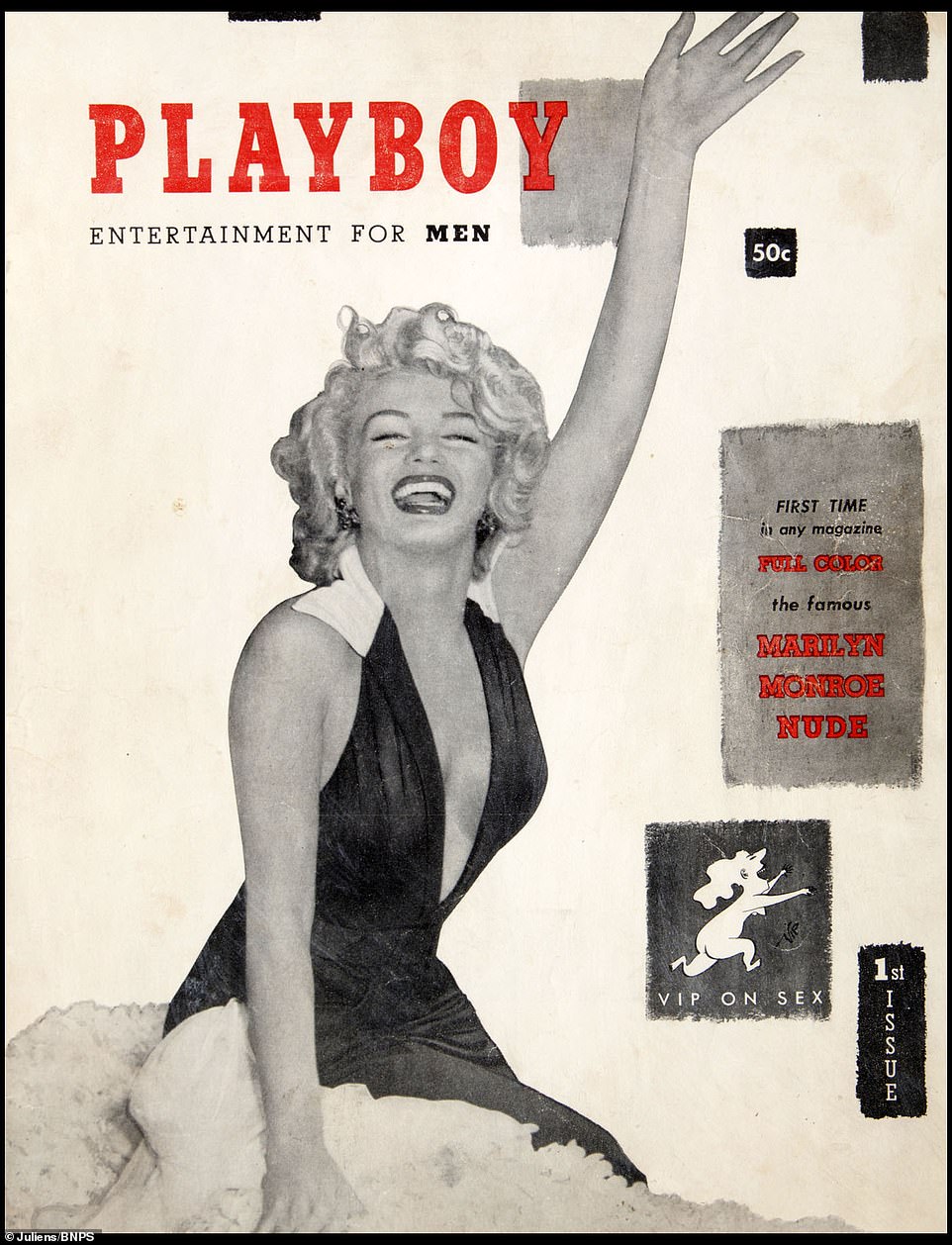 Hefner’s personal copy of the first issue of Playboy magazine which featured featuring Marilyn Monroe on the cover in 1953, it has an estimated value of $3,000-$5,000 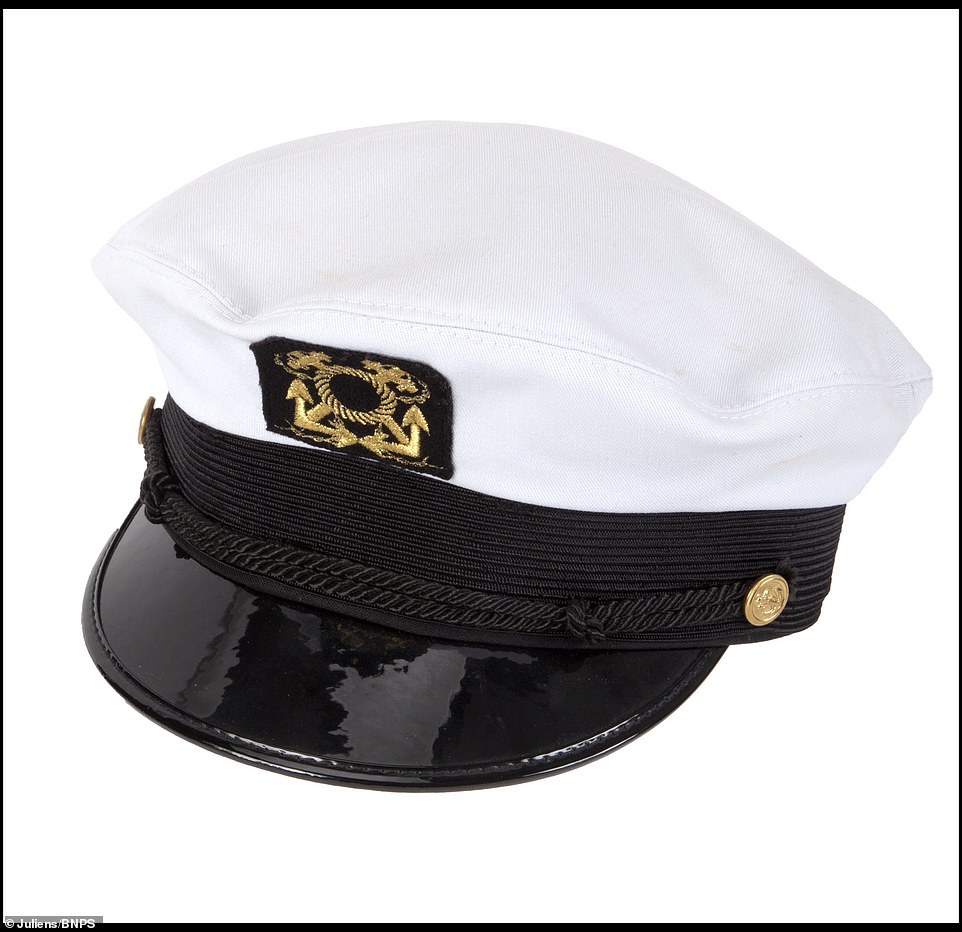 Hefner’s famous sailor cap will also be on sale, along with his Playboy logo cuff links and carved briar pipe also featuring a Playboy logo 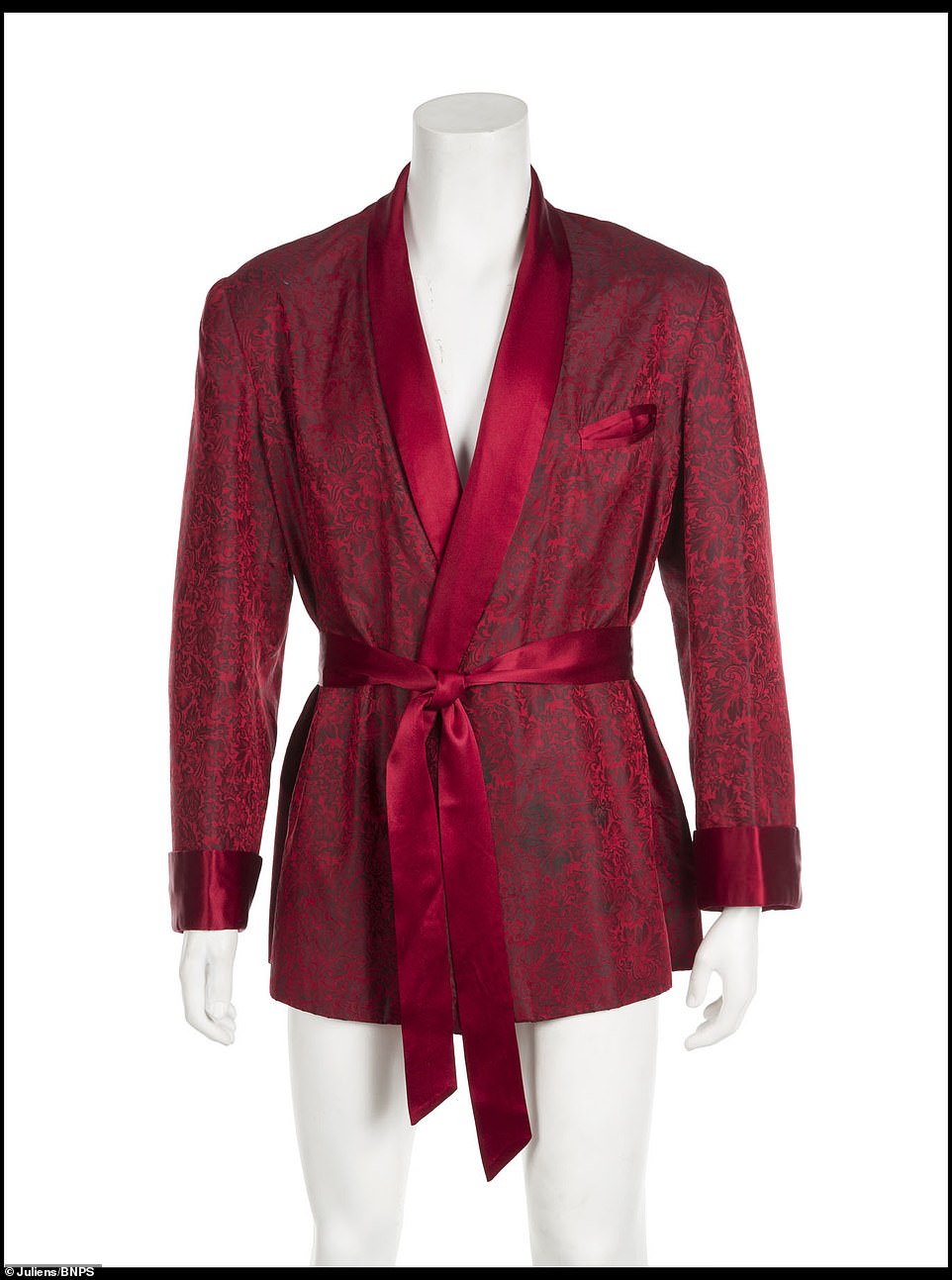 Hefner’s signature red smoking jacket which is expected to fetch up to $5,000