Boris Johnson is facing growing calls for a public inquiry into Britain’s handling of the coronavirus crisis – but the Government insists that now is ‘not the right time’.

Scientific advisers, bereaved families, senior doctors and an ex-head of the civil service are among those advocating for an inquiry into the pandemic – as the number of UK Covid deaths reaches 126,000.

An investigation into the Government’s handling of the crisis would examine the use of lockdown, test and trace and other attempts to stop the spread – with a focus on learning what works and what does not to bolster the response to future pandemics.

Lord Kerslake, who was head of the civil service under David Cameron, told The Guardian it would be ‘criminal not to learn the lessons’. He said the inquiry should start by summer, adding: ‘We can’t rule out the possibility that we will hit this problem again.’

And Professor John Edmunds, a government Covid adviser, said: ‘An event of this magnitude needs to be looked at in detail, including – if necessary – compelling witnesses to attend.’

The Prime Minister had promised last July there would be an ‘independent inquiry’, but Downing Street is not yet willing to begin the process.

A government spokesperson said: ‘We are focused on protecting the NHS and saving lives and now is not the right time to devote huge amounts of official time to an inquiry. 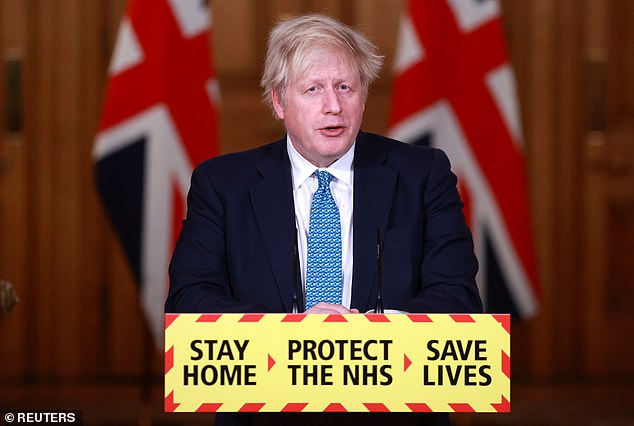 The Prime Minister had promised last July there would be an ‘independent inquiry’, but Downing Street is not yet willing to begin the process

‘There will be an appropriate time in the future to look back, analyse and reflect on all aspects of this global pandemic.’

General secretary of public service union Unison, Christinea McAnea, says a judge-led public inquiry should be launched as soon as Britain returns to normality – which is currently set to happen on June 21.

General secretary of the Royal College of Nursing Professor Dame Donna Kinnair is among those calling for an inquiry, along with secretary of the Muslim Council of Britain Zara Mohammed and chair of the British Medical Association Chaand Nagpaul.

Nobel Laureate and director of the Francis Crick Institute, Prof Sir Paul Nurse, is among leading scientific figures calling for the inquiry.

Professor Andrew Hayward, who sits on the Scientific Advisory Group for Emergencies (Sage), said in a personal capacity that the focus should be on ‘learning’ for future crises, rather than focusing on ‘culpability’. 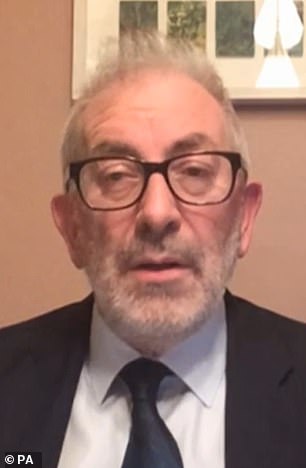 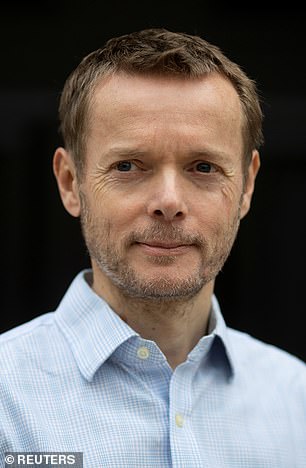 Lord Kerslake (left), who was head of the civil service under David Cameron, said it would be ‘criminal not to learn the lessons’. Professor John Edmunds (right), a government Covid adviser, said: ‘An event of this magnitude needs to be looked at in detail, including – if necessary – compelling witnesses to attend’

High-ranking figures in the Conservative Party have already indicated they want a public inquiry to be held – and former PM David Cameron said he expects an inquiry.

The British Medical Association and the Royal College of Nursing also backed calls for the inquiry.

The calls come after Britain’s daily Covid death toll halved in a week, in the biggest percentage drop since the vaccine roll-out began to pick up the pace in January.

For comparison, 231 victims were added to the UK’s official tally last Tuesday. 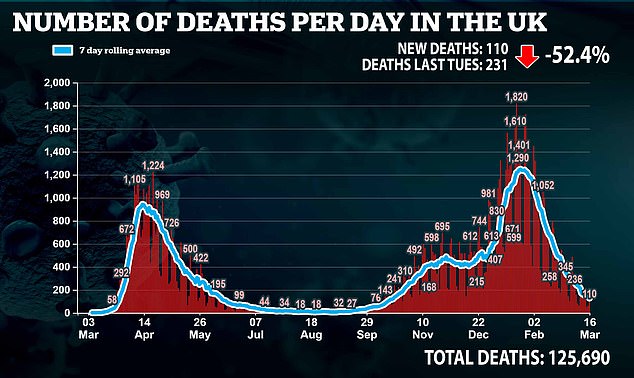 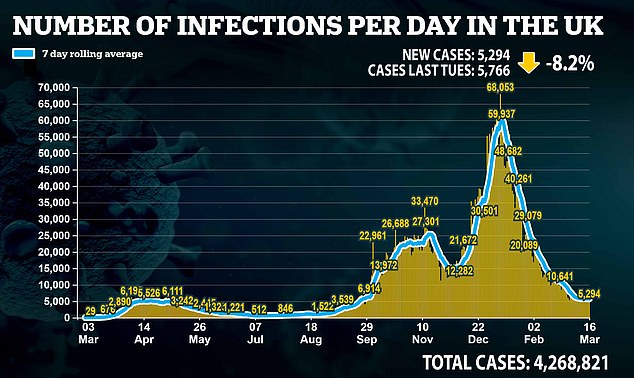 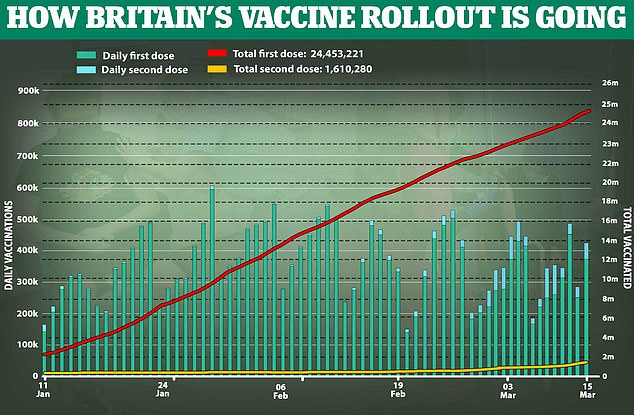 Separate estimates from the Office for National Statistics yesterday claimed deaths from all causes in England and Wales dropped below average at the start of March for the first time in five months.

Daily Covid cases have also dropped, with another 5,294 infections recorded — down eight per cent week-on-week. Most of the infections registered were from tests carried out over the weekend.

Positive swabs began to creep upwards last week following a massive spike in swabs being carried out because of schools finally being allowed to reopen in England. But surveillance studies analysing the size of Britain’s second wave say it is still shrinking.

And with cases continuing to fall and Britain’s vaccination drive set to drastically pick up pace, both deaths and hospital admissions should keep dropping.

Pressure is mounting on Boris Johnson to speed up his cautious lockdown-easing plans, which won’t allow pubs to reopen indoors until May 17 at the earliest. Restrictions will still be in place until June 21.

Nicola Sturgeon piled yet more pressure on the PM yesterday after giving Scotland’s pubs and restaurants the green light to open their doors to serve punters indoors at the end of April — three weeks before they are allowed to in England.

Covid infections are beginning to spiral out of control in European nations with countries now staring down the barrel of a potential third wave and Italy calling for another lockdown.