Police chiefs back senior officer’s call to focus on ‘Wild West’ violence on Britain’s streets instead of ‘trivial hate crimes like misogyny’, as they demand ‘back to basics’ approach to policing 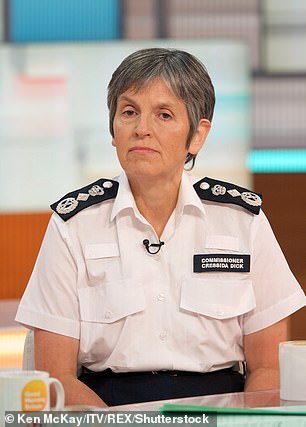 A string of police chiefs emphatically backed calls for a ‘back to basics’ approach to crime-fighting yesterday.

Amid signs of a revolt on the issue, top officers said forces should not be made to waste time on ‘trivial’ matters against a backdrop of rising violence.

The calls came after Sara Thornton, chairman of the National Police Chiefs Council, said police should be allowed to get back to tackling burglary and violence rather than wolf-whistling.

In the wake of her intervention:

Senior officers queued up to echo ‘chief of chiefs’ Miss Thornton, a former Thames Valley chief constable yesterday. She said on Wednesday that forces lack the manpower to pursue every issue raised by campaigners, adding that officers want to prioritise emergencies and investigations.

She questioned the benefit of a two-year trial to record acts such as wolf-whistling and sexism – a scheme which led to just one conviction. Nevertheless, the Home Office has asked the Law Commission to consider whether groups such as women, the elderly and goths should receive protection under hate crime laws. 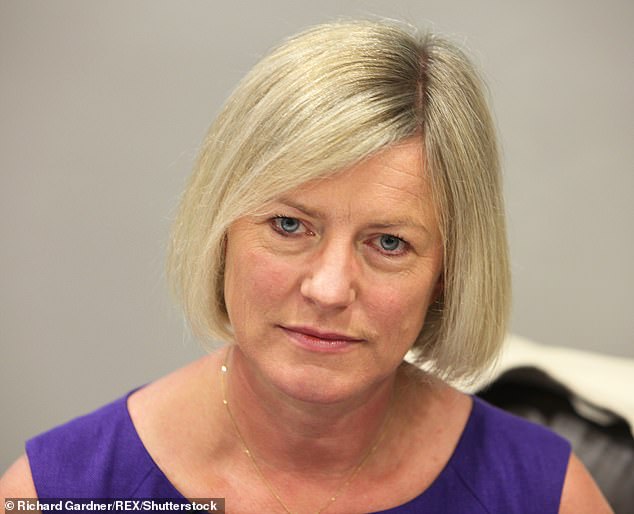 Sara Thornton, chairman of the National Police Chiefs Council, (pictured) said police should be allowed to get back to tackling burglary and violence rather than wolf-whistling

Senior policing figures insisted that vulnerable victims, including those singled out because of their race, religion or sexuality, will always be treated as a priority. But West Midlands Chief Constable Dave Thompson said there is a ‘limit’ to what police can do.

‘I think the police service takes violence against women very, very seriously,’ he said. ‘We think hate crime is important. But we’ve also got to be careful how many things we begin to add to that list.’

Cressida Dick, head of the Metropolitan Police, said she too was focused on ‘traditional values’.

‘We are undoubtedly on occasion substituting for other public services,’ she added. ‘I’m beginning to take a harder and harder line on what we do there and where we do it. I do some of that with a heavy heart, but I think that the police are being asked to do functions that we are not as well-skilled for.It’s not appropriate for us and to get back to the priority and the core we will have to stop doing that. 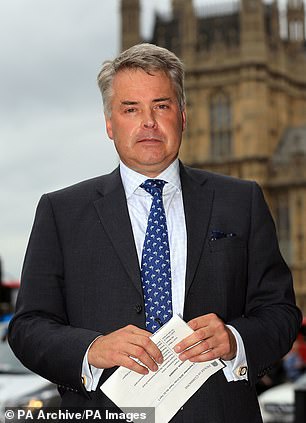 Conservative MP Tim Loughton said: ‘It is good to hear from a senior police officer wanting to catch real criminals … rather than the usual PC nonsense’

‘The mission is getting wider and wider. We do have to make some hard choices and I’m staring down the barrel of several of them as we speak.’ Police chiefs believe they are at a turning point, after years of struggling to meet high public expectations and soaring demand. Recorded crime has risen by 9 per cent – including rocketing levels of knife crime and robbery – as 22,000 officers were lost from the frontline.

Police want ministers to help them shed responsibilities which do not involve directly catching criminals and protecting the public. These include helping the mentally ill and tackling social problems after council staff shut their doors for the day.

John Apter, who leads the Police Federation, said ‘we are not society’s social workers’ as he revealed he was once dragged into a dispute over a TV remote control.

‘People who expect and deserve a police response often don’t get one,’ he said. ‘We must never and should never ignore those who are victims of serious hate crime. But the widespread increase in the recording of trivial matters impacts on the ability to answer 999 calls quickly. It also means that for some victims of crime, we are not with them at their time of need. You can get the most hostile comments made on social media platforms, but police officers should not routinely be dragged into rows.’

Conservative MP Tim Loughton, a member of Parliament’s Home Affairs Committee, said the change of emphasis ‘makes sense’, adding: ‘It is good to hear from a senior police officer wanting to catch real criminals and prevent serious crime rather than the usual PC nonsense.

‘This leaves ordinary law abiding people scared stiff to open their mouths and exasperated at the “don’t call us, we’ll call you” approach that seems to have taken hold.’

Police are forced to spend hours investigating 11,236 ‘hate crimes’ such as vegan bullying and wolf whistling every year

By Claire Duffin for the Daily Mail

Figures released this year showed 30 forces dealt with 11,236 ‘hate incidents’ in 2015-16 – the equivalent of one every half an hour, if replicated across the country. As police vent their frustration at being unable to adequately tackle violent crime, consider the incidents they were obliged to investigate:

Minister’s speech: Amber Rudd’s address to the Tory party conference as home secretary last year was probed as a hate incident following a complaint by an academic.

Miss Rudd set out measures to reduce immigration in her conference speech in Birmingham. Joshua Silver, a physics professor at the University of Oxford, reported it as a hate crime over its anti-immigration message – although he admitted he had not actually watched it.

West Midlands Police confirmed officers had investigated but found no evidence a crime had been committed. It said it would be recorded as a ‘non-crime hate incident’ in accordance with guidelines.

Wolf whistles: Poppy Smart, then 23, said she was running the gauntlet of ‘disrespectful’ builders for a month on her walk to work. She compared the wolf-whistling to racial discrimination and said it made her journey in Worcester’s city centre an ‘awful experience’. She filmed the men on her mobile phone and passed the evidence to police in 2015, who investigated on the basis that an offence of harassment or public disorder may have been committed. West Mercia Police took no further action after speaking to the building firm’s boss. 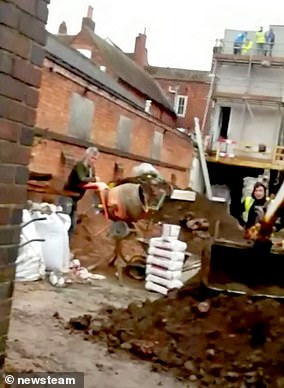 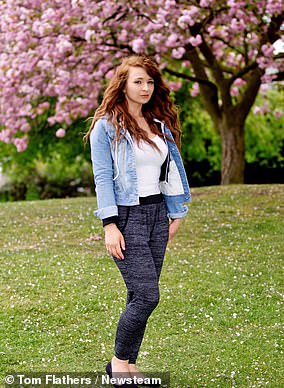 Poppy Smart, then 23, (right) compared the wolf-whistling to racial discrimination and reported builders (left) for making her journey in Worcester an ‘awful experience’

Church’s hell warning: A church was ordered to remove a poster suggesting non-Christians would burn in Hell. Police investigated after a local complained the church was trying to ‘scare’ people into attending.

Pastor John Rose, 69, had pinned the poster outside Attleborough Baptist Church in Norfolk. It featured a picture of burning flames and the slogan: ‘If you think there is no God, you’d better be right!!’ Mr Rose said he regretted that the poster could have been interpreted as inciting religious hatred. A police spokesman said the force had followed national guidelines, and recorded the poster as a ‘hate incident’ after concluding no criminal offence was committed.

Sugar’s tweet: Lord Sugar was investigated by police after he was accused a posting a racist message on Twitter.

The tycoon posted a photograph of a crying Chinese child and joked they were ‘upset because he was told off for leaving the production line of the iPhone’. 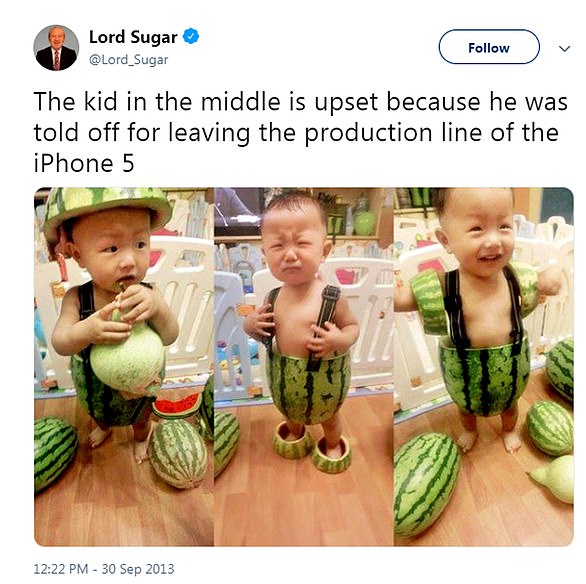 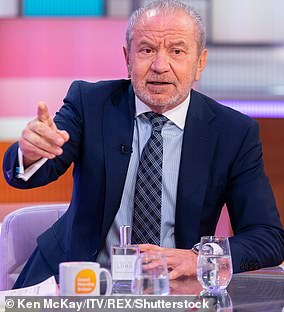 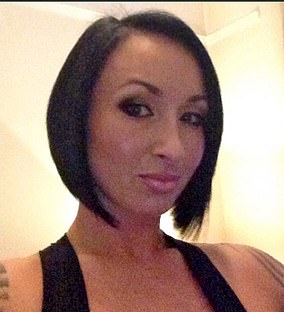 Shop owner Nichola Szeto, from Liverpool, (right) was offended by the reference to factories in Asia that produce Apple’s phones, and complained to police about Lord Sugar’s (left) tweet

Shop owner Nichola Szeto, from Liverpool, was offended by the reference to factories in Asia that produce Apple’s phones, and complained to police. The 2013 message was investigated by Merseyside Police’s specialist hate crime investigation team, who decided it should be classed as a ‘hate incident’ although no crime had taken place.

The activists, leafleting outside the Green Party conference in Bristol earlier this month, feared trans rights would come at the expense of those for women. They said the complaint to police was made by a transgender rights activist.

Avon and Somerset Police said officers were called following a complaint but ‘quickly established’ it was a peaceful protest and that no crime had been committed. The women were allowed to carry on.