Spit guards should be carried by all frontline police to protect officers from thugs spitting and coughing at them during the coronavirus pandemic, a senior figure has demanded.

Sergeant Simon Kempton, the operational lead for Covid-19 at the Police Federation, told MPs the virus was being ‘weaponised’ by criminals after dozens of such assaults in recent weeks.

He said: ‘Now more than ever, while Covid-19 is being weaponised, we need those spit guards in the pocket of every single police officer, not just in custody, on the street as well.’

It came as the number of UK coronavirus deaths reached 5,373, with 51,608 confirmed cases, as Prime Minister Boris Johnson remained in intensive care after being admitted overnight. 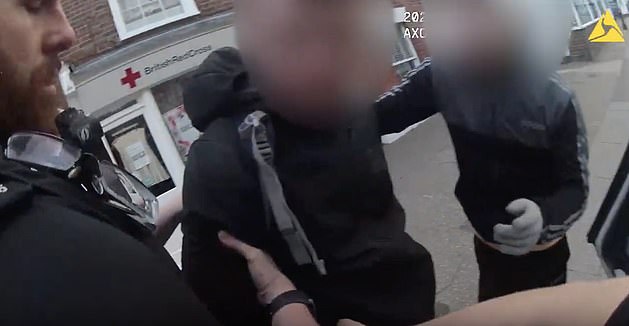 Oliver Cook, 35, was caught on camera threatening officers with coronavirus before spitting at them in shocking body-cam footage in Whitstable, Kent

Spit guards are controversial, with human rights groups such as Liberty calling them ‘dangerous, degrading and unjustified’. Police forces are allowed to use them but they are not routinely issued to all officers.

Sergeant Kempton told the Home Affairs Select Committee: ‘It’s an emotive issue for me, because I’ve had other people’s blood in my mouth after they’ve spat at me.

‘Now more than ever, while COVID-19 is being weaponised, we need those spit guards in the pockets of every single police officer, not just in custody, but on the street as well.’

‘The crime of spitting or biting someone is terrible at the best of times. But during this crisis, when COVID-19 is being weaponised against my colleagues, it heightens that fear.’

There have been dozens of attacks on police officers by thugs claiming to have coronavirus.

Last week, four thugs were jailed for separate spitting and coughing assaults on police officers in Kent and Dorset.

Oliver Cook, 35, was caught on camera threatening officers with coronavirus before spitting at them after he was arrested outside a supermarket in Whitstable, Kent, for stealing meat.  He was jailed for 120 days.

Martin Turner, 50, coughed at officers and sneezed in their direction as he was being arrested for being drunk and disorderly. He was jailed for 24 weeks after admitting the assault. 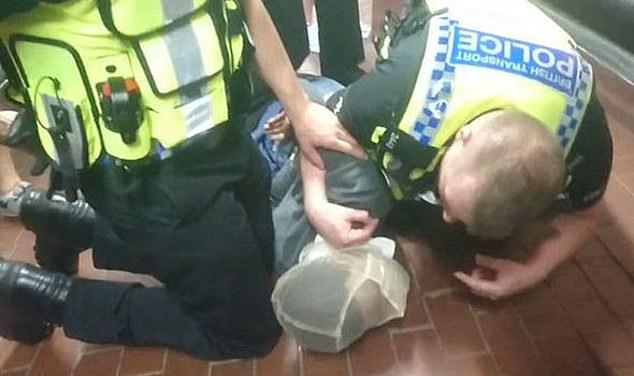 Police use a spit hood on a suspect. Human rights group Liberty calls the equipment ‘dangerous, degrading and unjustified’ 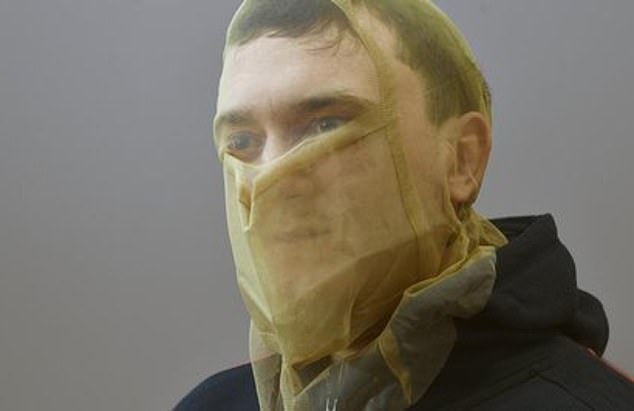 Scott Sanders, 36, was arrested over a disturbance at an address in Bournemouth before spitting at a custody sergeant when he was detained at a local police station.

Sanders, who was also in breach of a previous suspended prison sentence, admitted to assaulting an emergency worker and was jailed for six months.

Adam Power, 37, was arrested for stealing a bottle of wine from a Co-op store in Bournemouth.

He also attempted to spit at a police officer and kick them in the ankle while in a holding cell. 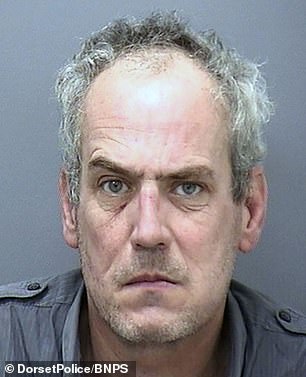 He admitted charges of assaulting an emergency worker, theft and criminal damage and was jailed for five months.

None of the four thugs tested positive for coronavirus.

The health of police officers during the pandemic remains a concern, as they are required to leave their homes on duty during the lockdown, putting them at an increased risk of catching coronavirus.

Also speaking to the Home Affairs Select Committee, Bedfordshire Police chief constable Garry Forsyth said forensics company Eurofins was due to make some antigen tests available for police forces in his region in the next two to three weeks.

He said that NHS slots for tests might be made available in the same time frame.

Derbyshire Constabulary chief constable Peter Goodman said he had been told by Martin Hewitt, chairman of the National Police Chiefs’ Council, that they may be able to progress with antigen tests by late April.

Chief Superintendent Paul Griffiths, president of the Police Superintendents Association of England and Wales, said: ‘Obviously the key workers that they’re (the Government) focusing on at the moment is National Health Service and we recognise the importance for both national health colleagues and also social care.

‘But we also are key workers in this system and we’re very keen to make sure that we have a position within the testing regime and prioritisation.

‘At the moment, we’ve been given no indication as to when the testing will take place.’ 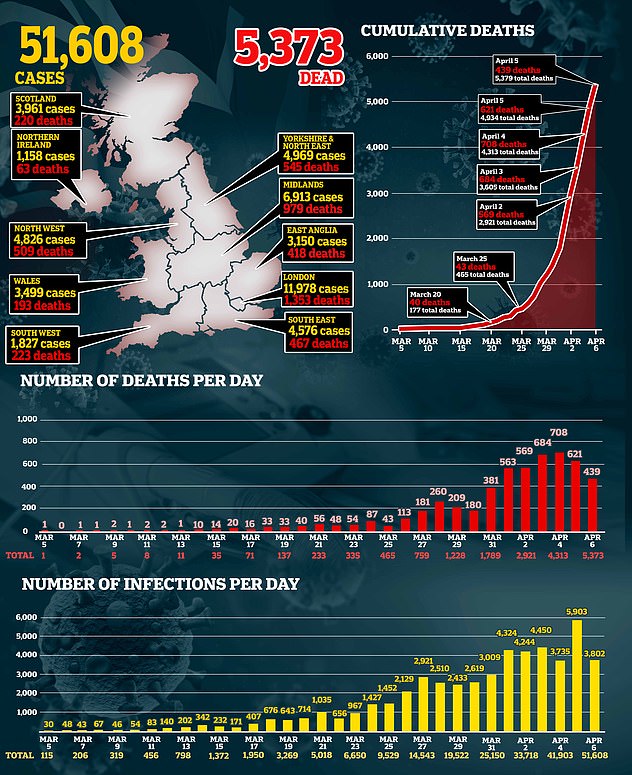 Around 13% of police officers and staff were currently off work, the committee was told.

Chief Superintendent Griffiths said no forces had so far raised their absence rate as a ‘risk in terms of service provision’ and the numbers seemed to be ‘plateauing off’.

It comes after some officers were criticised for ‘heavy-handed’ enforcement of the coronavirus lockdown, including the use of drones by Derbyshire Police to shame dog walkers at beauty spots.

Responding to the concerns, Mr Forsyth said: “It has been a challenge and I think that’s why we’ve seen some of the challenges around the difference of interpretation early on.. I think we’re passed that now.”