A man in his late 20s was stabbed in Westminster, central London, during rush hour this evening.

The wounded victim was discovered near Pimlico Tube station after being attacked in the upmarket postcode SW1.

The Rampayne Street crime scene is less than a mile from the Houses of Parliament and a two-minute drive from the Tate Britain. 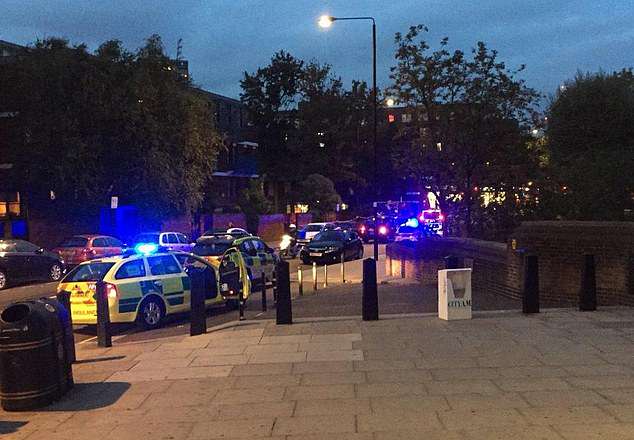 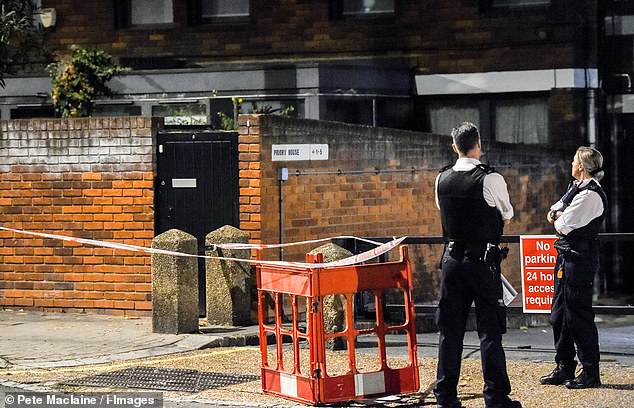 A fight between two males was reported and police rushed to the scene just after 6pm.

Emergency services were pictured at the cordoned-off crime scene in pictures circulating on social media.

A spokesman for the Metropolitan Police said: ‘Police were called at 18:04hrs on Friday, 5 October to Rampayne Street SW1 following reports of males fighting. Officers attended with LAS.

‘A male aged in his late 20s was discovered inside a residential building suffering from stab wounds.

‘He has been taken to a south London hospital; we await an update as to his condition.

‘There have been no arrests. A crime scene is in place. Any witnesses are asked to call police on 101 6166/5 October.’