A police dog roasted to death in a patrol vehicle when an officer left it inside to attend a training session during the summer heatwave, an investigation has revealed.

Police dog Ivy, five, died from heatstroke after it was left in a police vehicle with a broken fan on July 5.

When the officer returned to the vehicle in Worcester, he found Ivy unresponsive and attempted CPR, including mouth-to-mouth resuscitation. 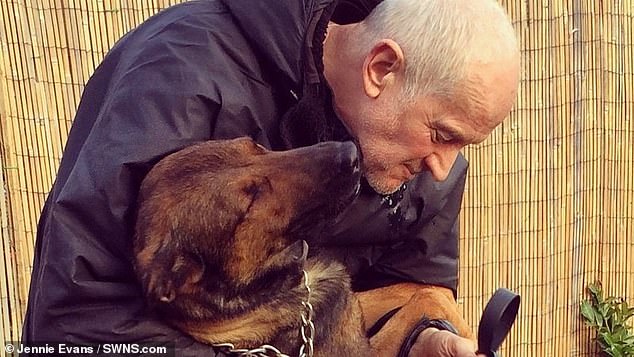 The dog was rushed to a vet’s on blue lights but the decision was made to put Ivy to sleep.

Just months before its death, the tragic pooch was at the centre of a bitter row after West Mercia Police refused to let it retire with its then handler David Evans.

Thousands signed a petition to allow Mr Evans to keep the Malinois-German Shepherd but the force insisted the dog was still useful to the force. 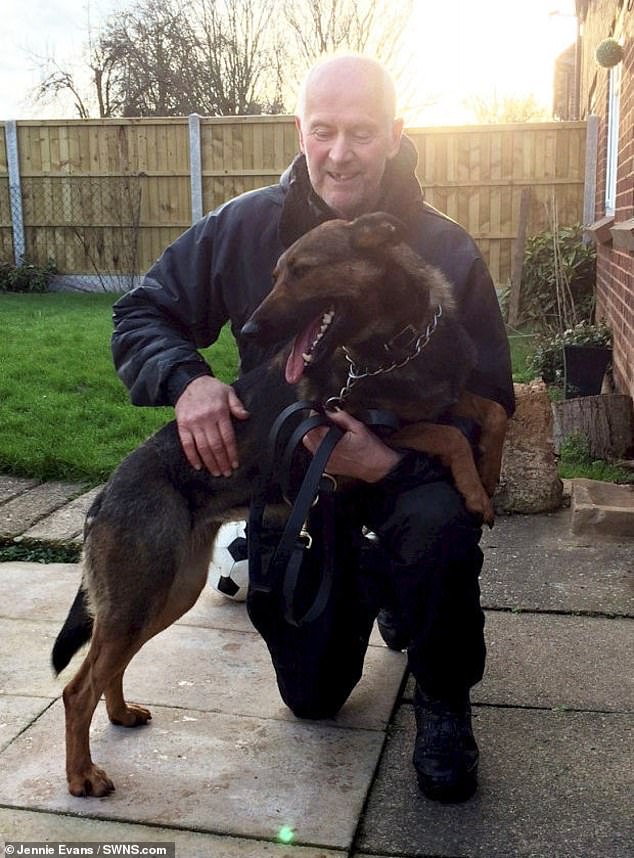 Months before her death, Icy was at the centre of a row about whether she should be allowed to retire along with David Evans (pictured)

One failure included the fan in the back of the dog section vehicle being faulty which contributed to PD Ivy falling ill.

What can happen to a dog locked in a car during warm weather?

Assistant Chief Constable Geoff Wessell, of West Mercia Police, said: ‘PD Ivy’s death was a shock to us all, in particular for those who were with her that day, all of whom remain deeply affected by it.

‘While our police dogs are working dogs and not pets, our handlers have a deep, trusting and loving bond with their dogs and I know how upset they would all have been as a result finding Ivy in this state. I know they acted swiftly to try and save her life.

‘We accept that PD Ivy should not have died as a result of heatstroke and we have learned this very harsh lesson in the worst possible way. We have therefore taken on board everything that the review has identified.

‘As a result of PD Ivy’s tragic death which has highlighted the dangers that hot weather poses on dogs, we recognise that some of our policies and procedures require amending to prevent these circumstances from reoccurring.

‘This is being done as a priority and resulting changes will be communicated to all of our dog handlers.’

He did not return to check on the canine for six hours and when he did the animal was foaming from the mouth and had to be put down due to organ failure.

The previous month in Birmingham, Alabama, police smashed a car window to rescue a dog that had been overheating inside for seven hours. It later died.

A London police inspector won Britain’s respect in July by offering a ‘free car ventilation service’ for people who leave dogs in hot cars during the heatwave.

Inspector Richard Berns, from Camden, tweeted a photo of a smashed car window from which he had just rescued a dog.

He wrote on July 3: ‘We offer a free car ventilation service. All you have to do, is leave a dog locked in a hot car, we do the rest.’

It came after five dogs were rescued from scorching temperatures in just two days the previous week as Britain’s heatwave set the mercury soaring.