Three officers failed to properly monitor mentally ill man, 24, who died in a police cell after being held for more than 12 hours, inquest hears

A young man who suffered from schizophrenia died in police custody after officers failed to properly monitor him, an inquest has found.

Jake Anderson, 24, died of alcoholic ketoacidosis after being held for 12 hours at Peterlee Police Station in County Durham in June last year.

The inquest at Durham Miner’s Hall ruled on Tuesday that there were failings in how Mr Anderson was treated by three officers.

It also concluded that his death was alcohol-related and that there was ‘no evidence’ different police actions would have saved his life.

It came after an investigation by the Independent Office for Police Conduct (IOPC) last year, which found that the detention sergeant ‘failed to adequately assess, review and record the appropriate levels of observation’ for Mr Anderson and ‘failed to consider raising his observation level’ once his mental health problems became known. 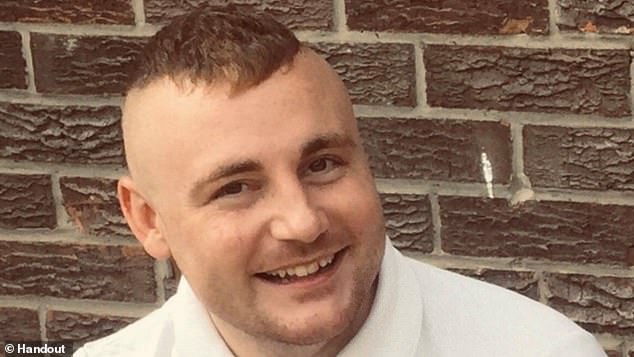 Jake Anderson (pictured), 24, died of alcoholic ketoacidosis after being held for 12 hours at Peterlee Police Station in County Durham in June last year

According to Mr Anderson’s family, he was an alcoholic with a history of mental health issues including schizophrenia, a personality disorder and anxiety.

They said he told police about his mental health issues but that officers failed to respond properly.

They also claimed officers failed to give him food or drink.

Mr Anderson’s mother Alison said: ‘We strongly believe Jake was left to die in those last hours of his life with no one caring for him at all.’

What is alcoholic ketoacidosis?

Alcoholic ketoacidosis is a condition that can happen when you’ve had a lot of alcohol and haven’t had much to eat or have been vomiting.

When this happens, it can cause ketones, which are acids, to build up in your blood. If not treated quickly, alcoholic ketoacidosis may be life-threatening.

Alcoholic ketoacidosis is usually triggered by an episode of heavy drinking. This can cause you to vomit and stop eating. If you can’t eat for a day or more, your liver will use up its stored-up glucose, which is a type of sugar. Your cells get their energy from glucose. When your liver uses up its stored glucose and you aren’t eating anything to provide more, your blood sugar levels will drop.

This drop in blood sugar causes your body to decrease the amount of insulin it produces. Your cells need insulin to use the glucose in your blood for energy. If they can’t use glucose because there’s not enough insulin, your body switches to another method to get energy — breaking down fat cells.

Your fat cells break down and release ketones. Ketones are an acid. They provide some energy to your cells, but too much may cause your blood to become too acidic.

If alcoholic ketoacidosis is not treated completely or if treatment is delayed, the possible complications include: Hypovolemic shock, heart attack, seizures, Delirium tremens (DTs), which is confusion, shaking, shivering, sweating, and irregular heartbeat caused by alcohol withdrawal, pulmonary edema, kidney failure and in the worst-case scenario, death.

Mr Anderson, who had ambitions of taking his driving test and becoming a truck driver, was arrested at around 10.30am on June 24 and taken to the station, where his mental health began to deteriorate.

He was seen by medical professionals who concluded he should be transferred to a mental health unit and he remained in custody until a bed could be found in a suitable facility.

However, after being held for more than 12 hours, Mr Anderson was found unresponsive in his cell shortly after midnight and was pronounced dead at around 12.30am despite efforts from paramedics.

The IOPC investigation concluded on June 19, 2020 and findings were shared with Durham Constabulary and the coroner in advance of this week’s inquest.

It found the sergeant, who was responsible for Mr Anderson’s care and detention during the night shift, failed to adequately assess, review and record the appropriate levels of observation for Mr Anderson.

It also ruled that he failed to consider raising his observation level following his mental health assessment in line with the police guidance.

The sergeant was given a written warning following a misconduct meeting in November 2020.

Investigators also found two detention officers failed to conduct appropriate checks on Mr Anderson while in custody and also to accurately record the result of the checks.

The force agreed all three he had a case to answer for misconduct in relation to breaches of the standards of professional behaviour regarding duties and responsibilities.

The IOPC also identified issues with the way information entered on to the electronic custody records was displayed to users and identified learning for the force to ensure this information is visible on the main log screen.

IOPC regional director Miranda Biddle said: ‘This was a tragic case in which a young man lost his life and our thoughts remain with his loved ones.

‘Any death in custody must be thoroughly investigated in order to establish all the facts.

‘Our investigation was independent of the police and considered evidence from witnesses as well as CCTV and body-worn video camera footage.

‘As well as ensuring lessons are learned from Mr Anderson’s death, our investigation has also helped to inform the inquest proceedings.’

The charity INQUEST, which provides expertise on state related deaths and their investigation is now calling for change. 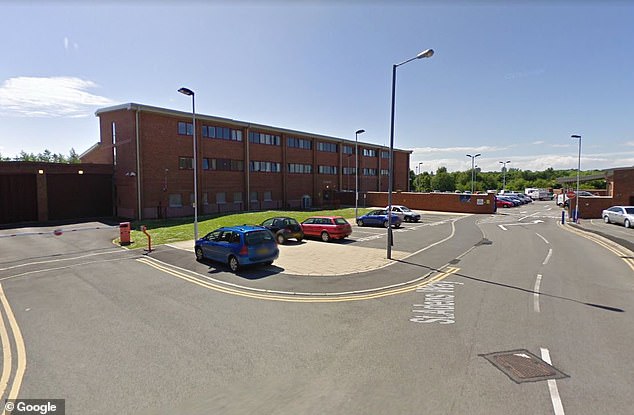 After being held for more than 12 hours, Mr Anderson was found unresponsive in his cell shortly after midnight and was pronounced dead at around 12.30am despite efforts from paramedics (Pictured: Peterlee Police Station)

‘It was evident early on that Jake was suffering and it should have been clear to custody staff at Peterlee station that the safest place for him was in a hospital, not in a police cell.

‘Custody staff missed obvious signs that Jake was in distress and agitated, signs that a medical response was urgently required. Jake deserved a basic duty of care and yet even when he was unconscious, the officers assumed that he was feigning it.

‘Unless there is a cultural change within the police force and proper overhaul in the way people in mental health crisis are treated both by Durham Constabulary and also TEWV NHS Trust mental health service, these deaths will sadly continue.’

In an earlier statement the charity said: ‘At the time of his death, Jake had been in custody for 12 hours.

‘He was found unresponsive by custody staff at around midnight and was pronounced dead shortly after in the early hours of June 25.

‘Jake is described by his mother as a kind, caring and loving child and young lad who had his whole life ahead of him.

‘Jake loved to make people laugh. He had a keen interest in sports and ambitions of passing his driving test and wanted to take up a career in HGV lorry driving. He was a much loved son, brother, grandson and uncle.’