A road rage driver is being hunted by police after a man in his 70s was stabbed at the wheel of his lorry.

Police in Hertfordshire are trying to track down a man who got out of a blue Volkswagen Golf and violently confronted another driver on Delamere Road, in Cheshunt, Hertfordshire.

The stabbing took place in broad daylight just before Midday, north of Enfield on Thursday.

The male victim has been rushed to hospital.

One witness said the driver was in an argument with ‘two guys’ in a car before he was knifed.

He wrote on Twitter: ‘I was in cheshunt today on Delamere road when a lorry driver got stabbed in the chest after an argument with 2 guys in a car.’ 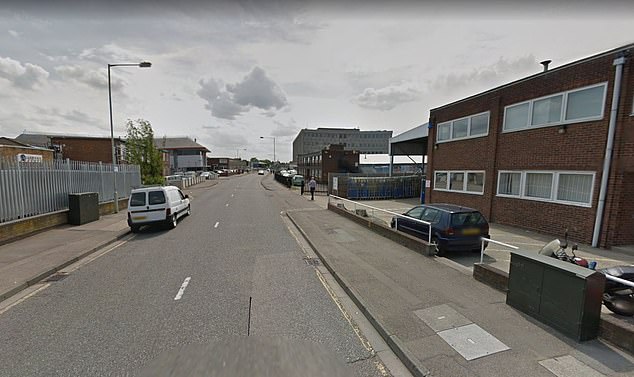 The attack took place in Delamare Road  in Cheshunt, Hertfordshire on Thursday

The road rage attacker is described as a 24 or 25-year-old white man with an Irish accent and facial hair.

Hertfordshire Police said in a statement: ‘The victim, a man in his 70s, was involved in a road rage incident where the offender approached the lorry driver’s vehicle and stabbed him.

‘The offender left the scene in a blue Volkswagen Golf and drove towards Cadmore Lane. He is described as a 24 or 25 year old white man with an Irish accent and facial hair. 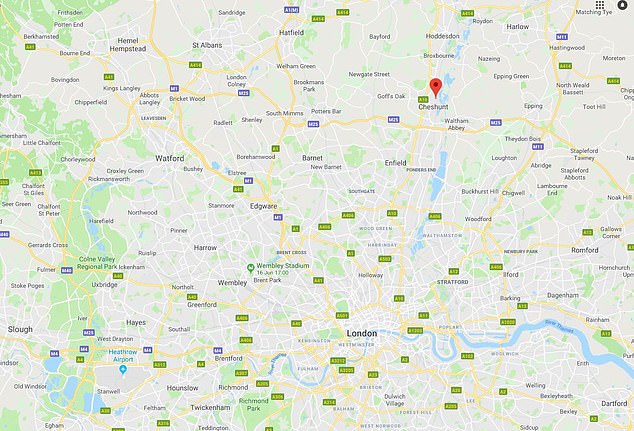 Cheshunt in Herts is 17miles outside of London. The attacker fled the scene in a Volkswagen

The victim sustained one stab wound and was taken to hospital by ambulance (ref ‘1567). His injuries are not believed to be life-threatening at this stage.’

Police are at the scene and the investigation is ongoing.

Any witnesses or anyone with information is asked to contact Hertfordshire Constabulary on the non-emergency number 101, quoting ISR 338 of February 7.