Police hunt man ‘who tried to grab a schoolboy’

Police hunt man ‘who tried to grab a schoolboy, 11, after he refused to get into his car’

Police are hunting a man who allegedly tried to grab a schoolboy after he refused a lift.

The 11-year-old boy was riding his bike last Thursday evening when a man is said to have pulled up next to him and offered to take him home.

After refusing the offer, the driver of the vehicle got out and attempted to grasp the boy’s arm, a spokesman for Wales Police said. 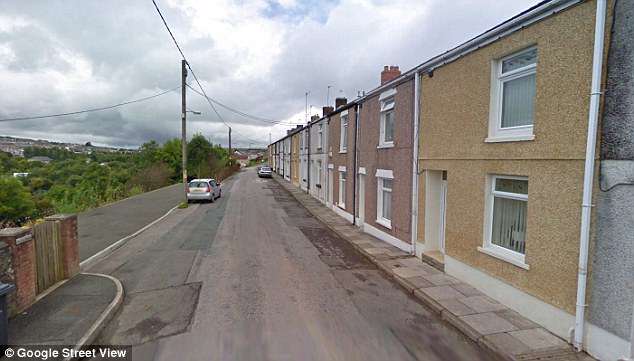 Pictured: The schoolboy was cycling through Tredegar, Wales, on Thursday night (Google Street View above) when he was approached by a driver offering him a lift

The youngster fled on his bike and the vehicle drove away in the opposite direction.

It was described as being ‘distressing’ for the boy but he was not hurt.

Police say they have upped patrols in the town of Tredegar, Wales, where the incident happened on Thursday, May 17.

A spokesman for Gwent Police said they wish to speak to the driver of the blue car.

He is described as being in mid-20s and with an English accent.

He was also described to be of a slim build with short brown hair.

At the time of the incident he was wearing a dark green hooded top, a dark grey hat, and red shorts.

It is said the vehicle potentially had an ‘A’ on the number plate.